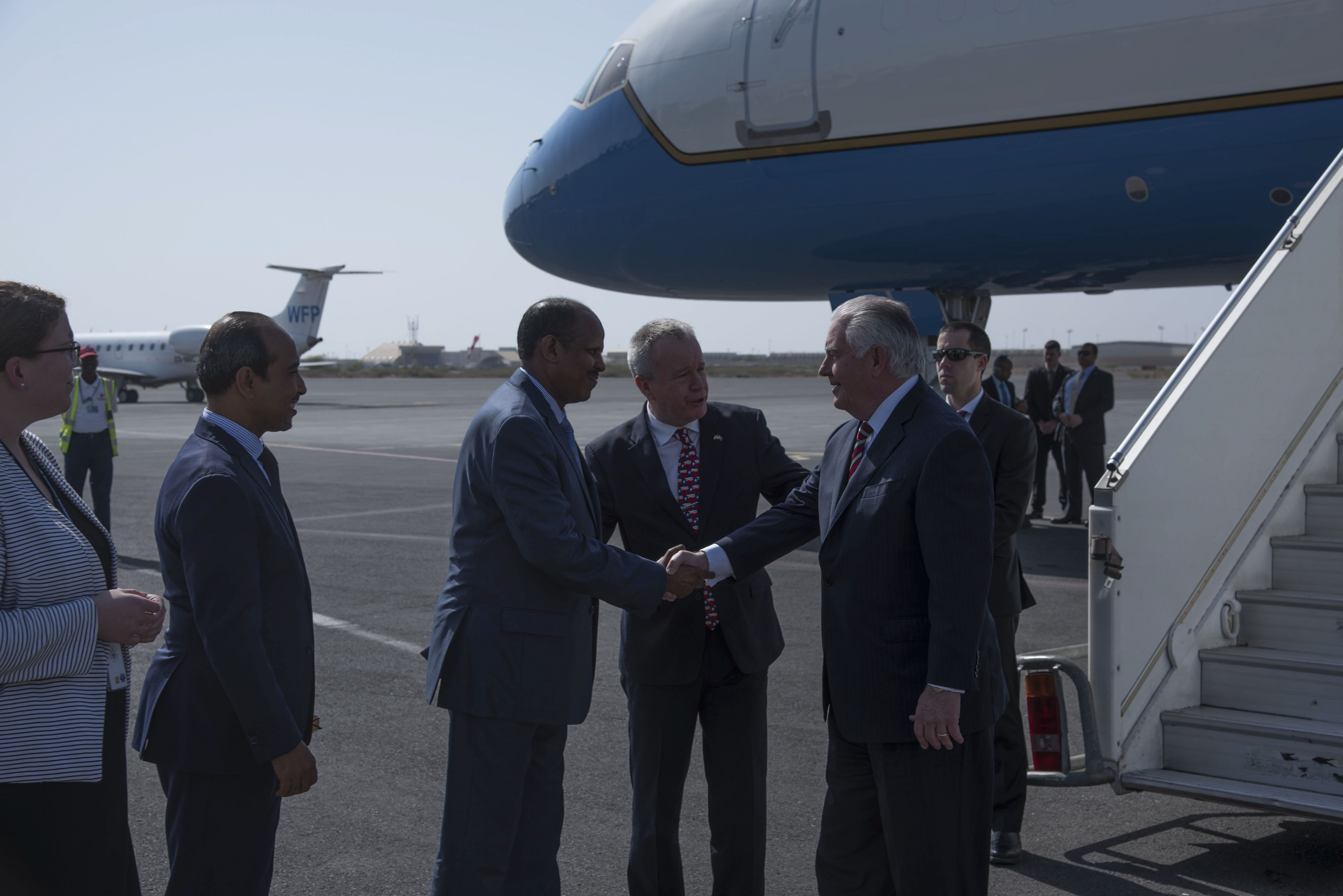 U.S. Secretary of State Rex Tillerson visited with CJTF-HOA personnel on his stop in Djibouti, as part of his tour through Africa. Secretary Tillerson traveled to Djibouti to discuss the U.S.-Djiboutian partnership, and exchanged views on bilateral concerns, security threats, and economic reforms. You can see a few photos from his visit here: