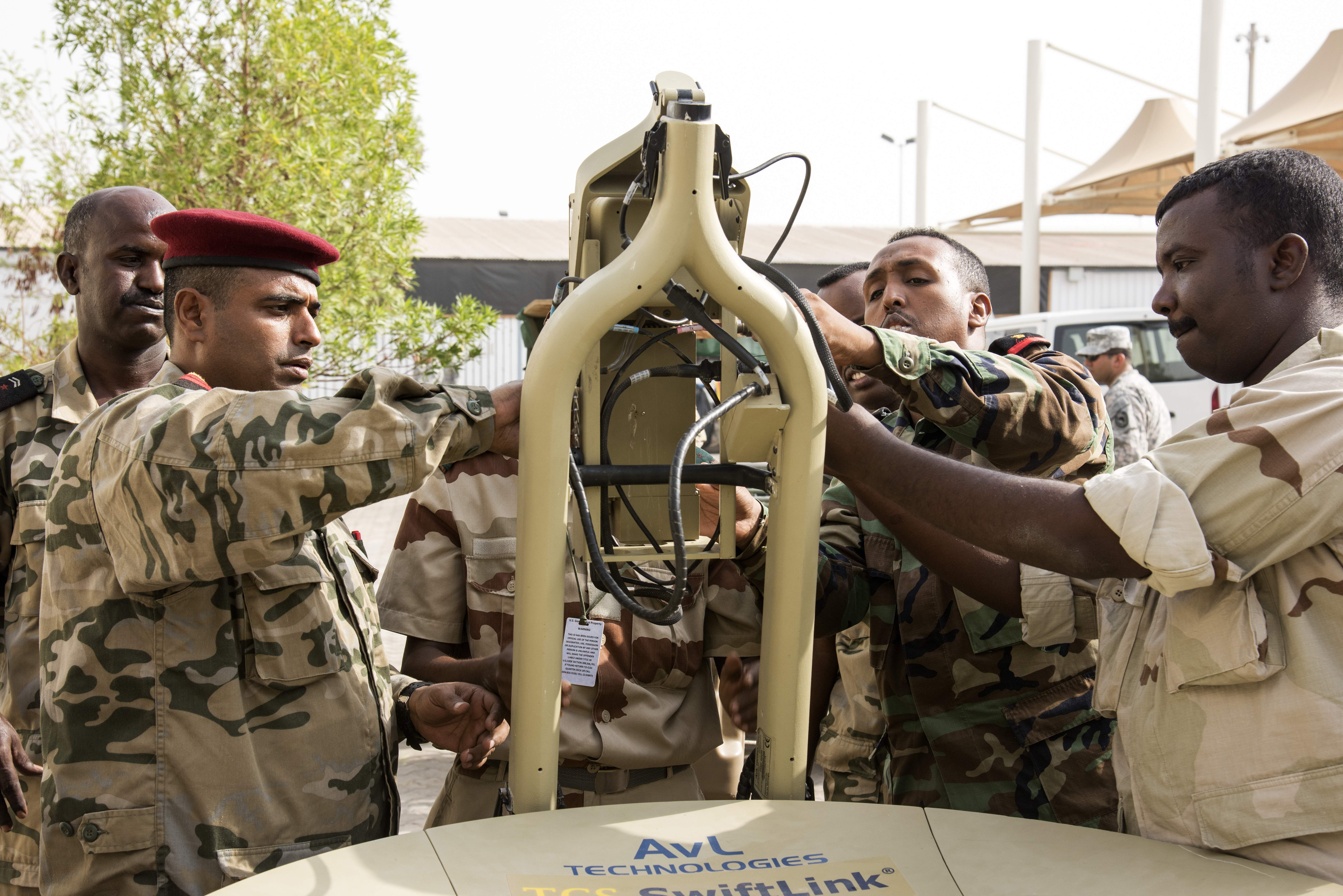 Members of the Djibouti Armed Forces (FAD) assemble the feed horn of a U.S. Africa Command Data Sharing Network (ADSN) terminal at Camp Lemonnier, Djibouti, Aug. 31, 2015. The feed horn is used to transmit a signal by using the dish to focus the signal into a narrow stream and to receive transmissions reflected by the dish. The setup and tear down of the ADSN field communication system was part of a multi-week course, which was hosted by Combined Joint Task Force-Horn of Africa communications and intelligence personnel, and was designed to broaden communication interoperability between host nation security forces. (U.S. Air Force photo by Staff Sgt. Nathan Maysonet/released)
Download full-resolution