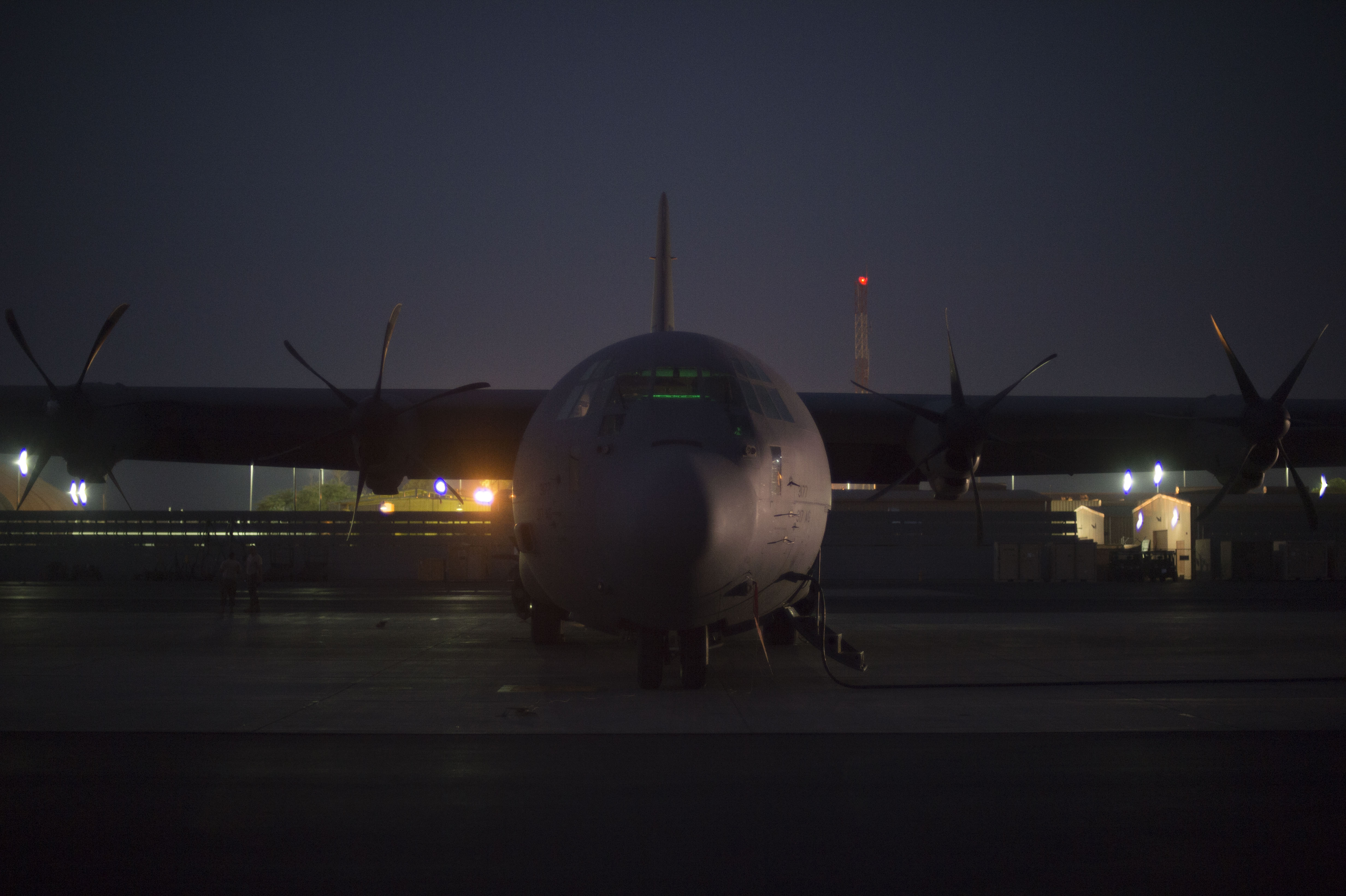 A U.S. Air Force C-130J Hercules rests on the airfield in preparation for cargo and passengers to be transported during an East African Response Force validation exercise May 27, 2016, at Camp Lemonnier, Djibouti. The Hercules and its crewmembers are deployed from Dyess Air Force Base, Texas. (U.S. Air Force photo by Staff Sgt. Eric Summers Jr.)
Download full-resolution