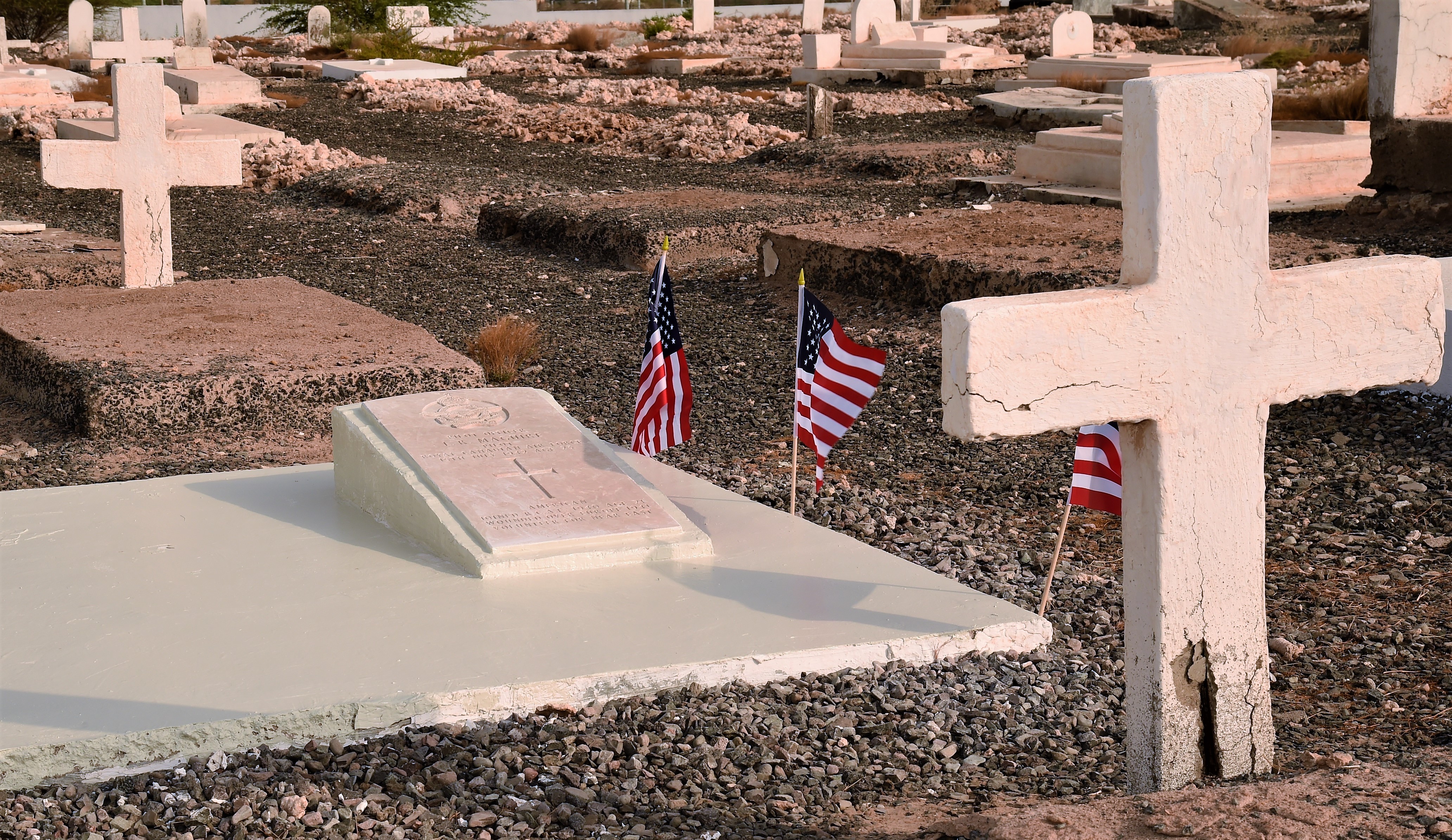 The grave of Pilot Officer Lawrence Maguire, a New Jersey-native, is adorned with American flags during a Memorial Day ceremony at the Djibouti New European Cemetery, Djibouti, May 29, 2017. Maguire is recognized as the only U.S-born military laid to rest in the country. (U.S. Air National Guard photo by Tech. Sgt. Andria Allmond)
Download full-resolution 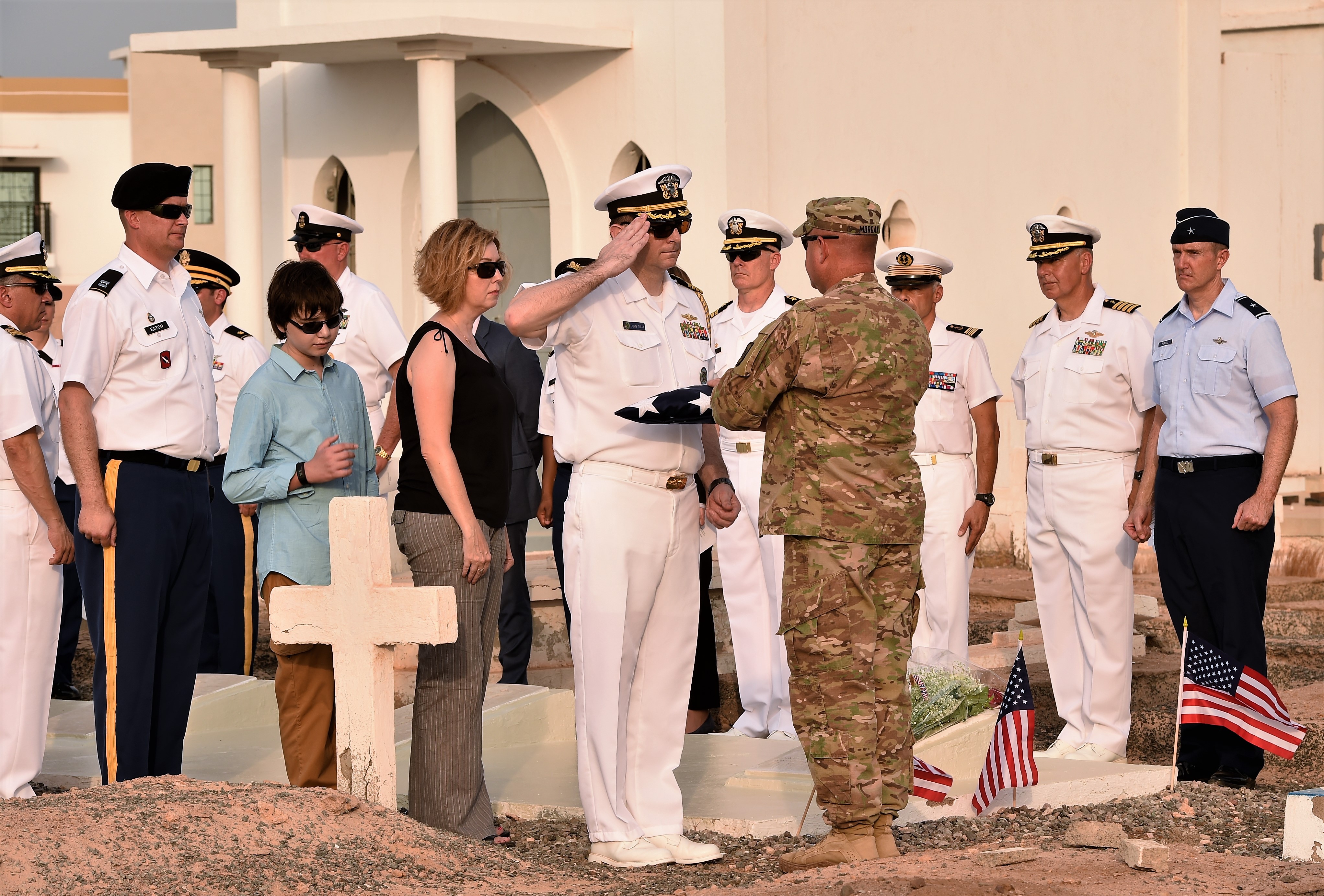