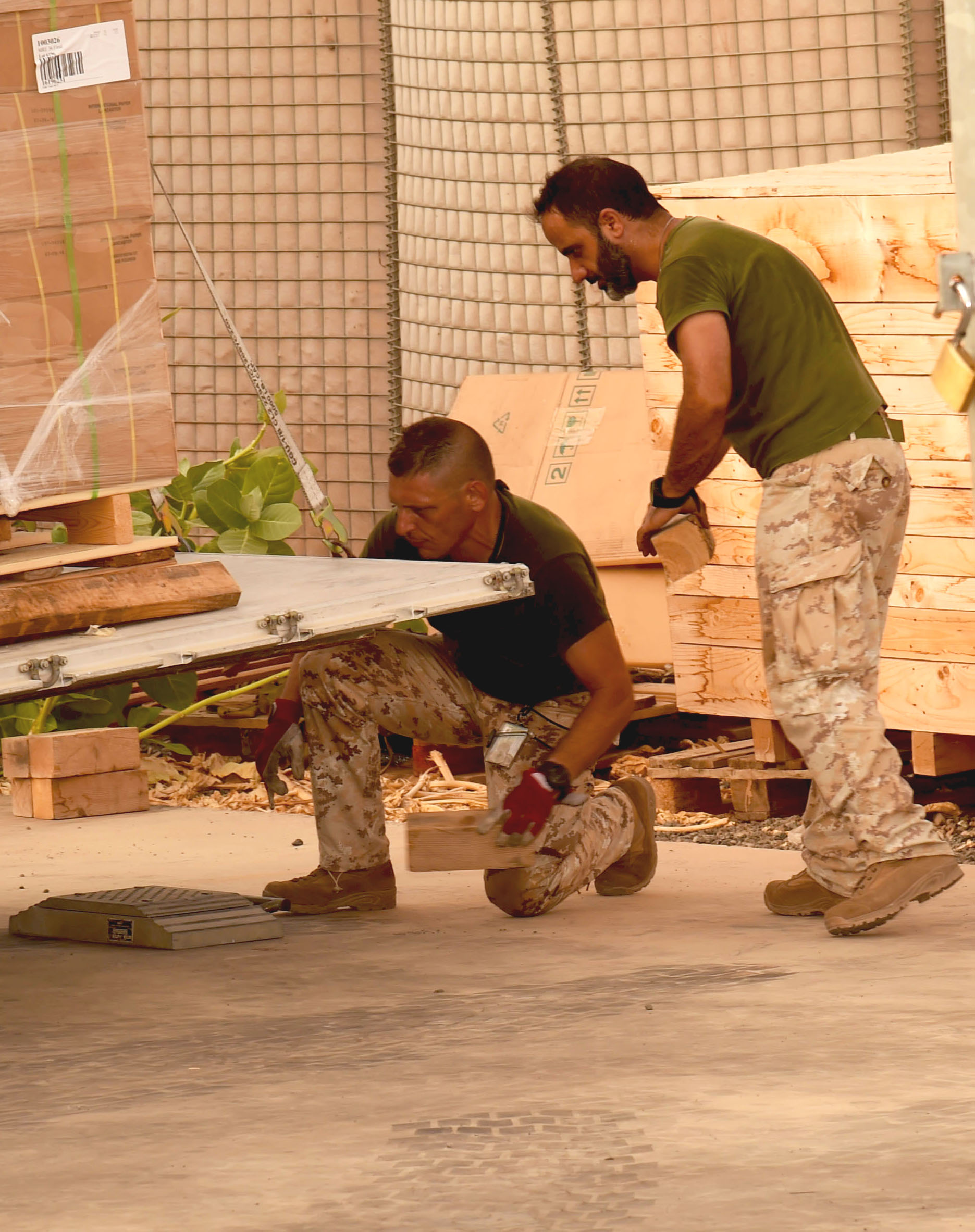 Two members of the Italian military retrieve a pallet of supplies from Combined Joint Task Force – Horn of Africa (CJTF-HOA) destined for Somalia via the Air Transportation and Refueling Exchange of Service (ATARES), at the Djibouti International Airport, Djibouti, June 6, 2017. The pallet was part of a proof-of-concept mission to see if CJTF-HOA would begin to implement the ATARES program. (U.S. Air National Guard photo by Tech. Sgt. Andria Allmond)
Download full-resolution