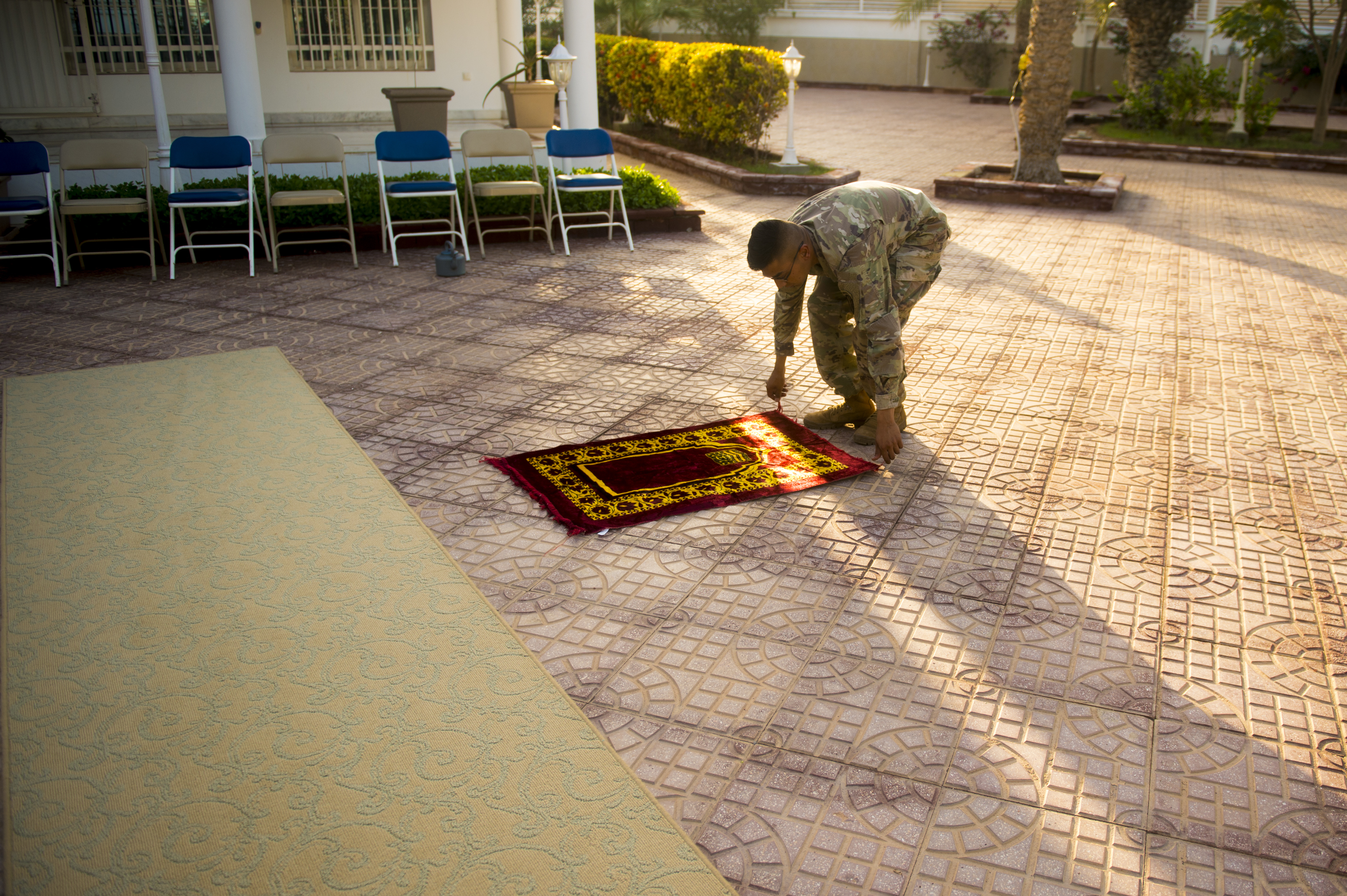 U.S. Army Specialist Ahmed Azhar, an infantryman from the 10th Mountain Division, prepares a prayer rug in during an Iftar celebration at the U.S. Ambassador to the Republic of Djibouti’s house in Djibouti, May 21, 2018. The U.S. Ambassador to the Republic of Djibouti, Larry André, opened his home to celebrate two Iftars, one run by the Defense Attaché Office for senior Diboutian Military and security leaders, the second for senior government, diplomatic, and business leaders (U.S. Air Force photo by Senior Airman Scott Jackson)
Download full-resolution