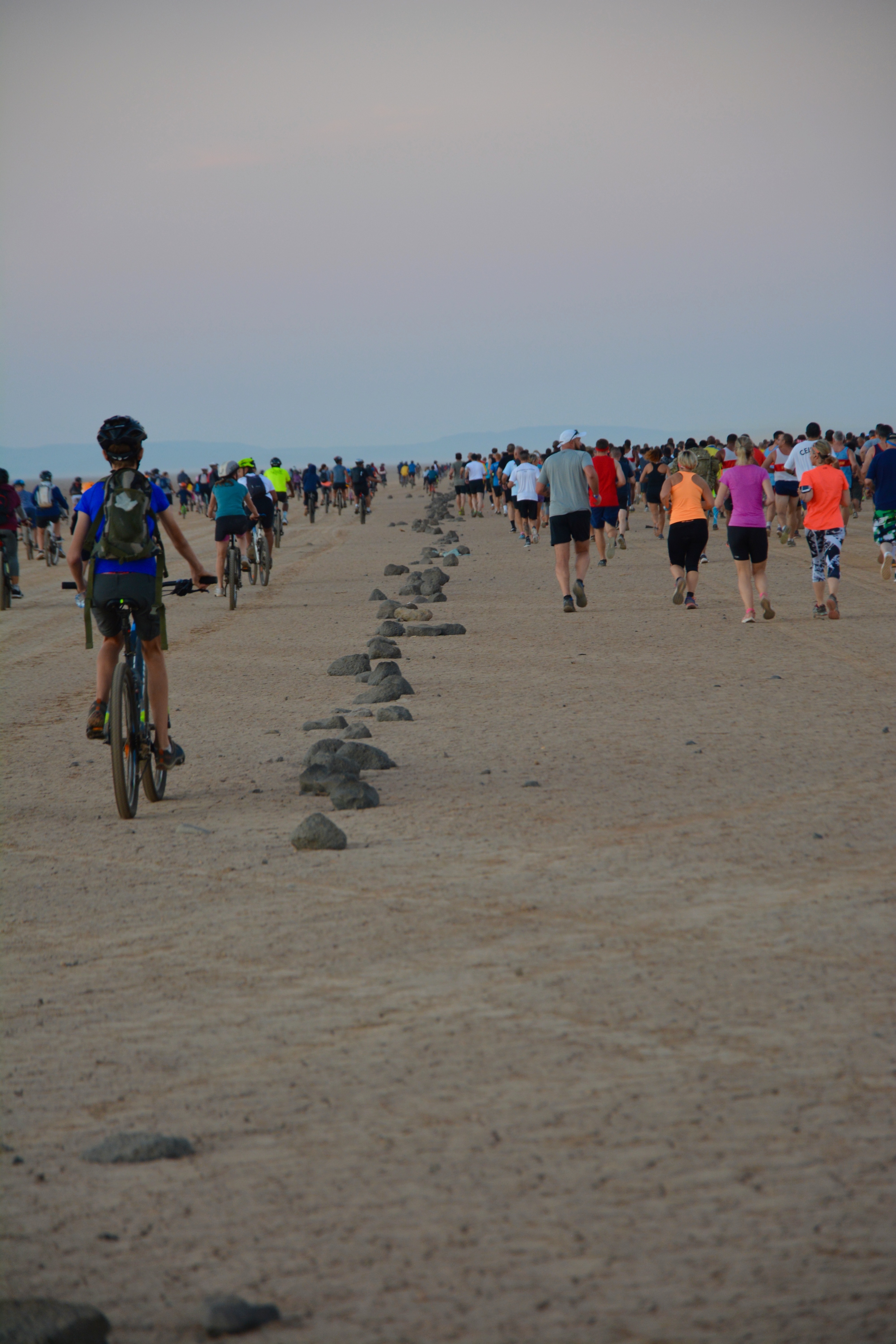 Hosted by the French Armed Forces 5th Combined Overseas Marine Battalion the Grand Bara race honors the long history of the French relationship with Djibouti. Participants in the race follow a 15-kilometer line of rocks in the Grand Bara desert, which the Foreign Legion used to make its Soldiers paint as punishment. Nearly 200 members of Combined Joint Task Force – Horn of Africa ran alongside 2,500 Djiboutian, Chinese, and coalition service members and civilians during the 15k (9.3 mile) race across a stretch of Djibouti’s Grand Bara Desert, Dec. 13. (U.S. Army photo by Capt. Olivia Cobiskey)
Download full-resolution