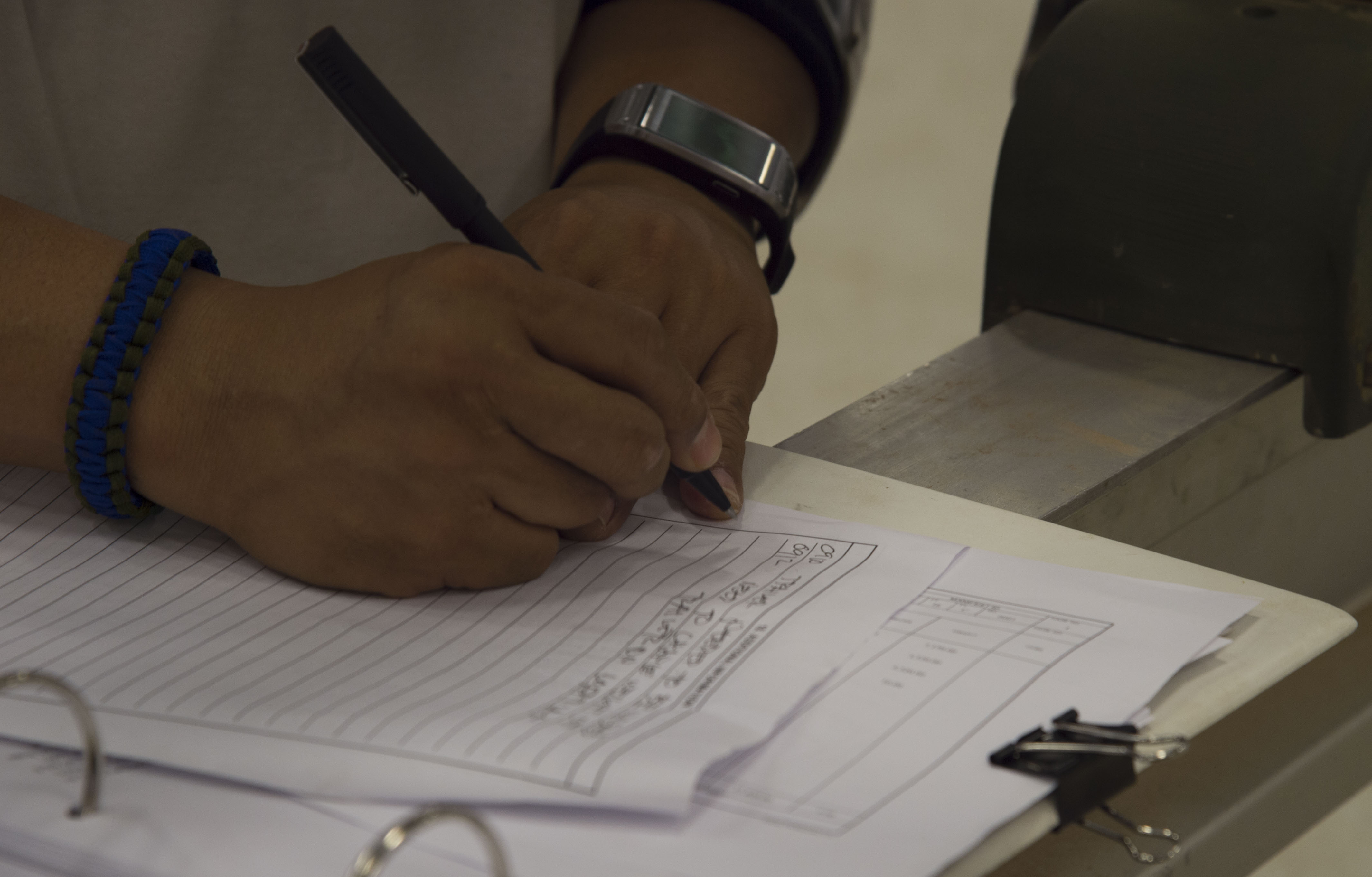 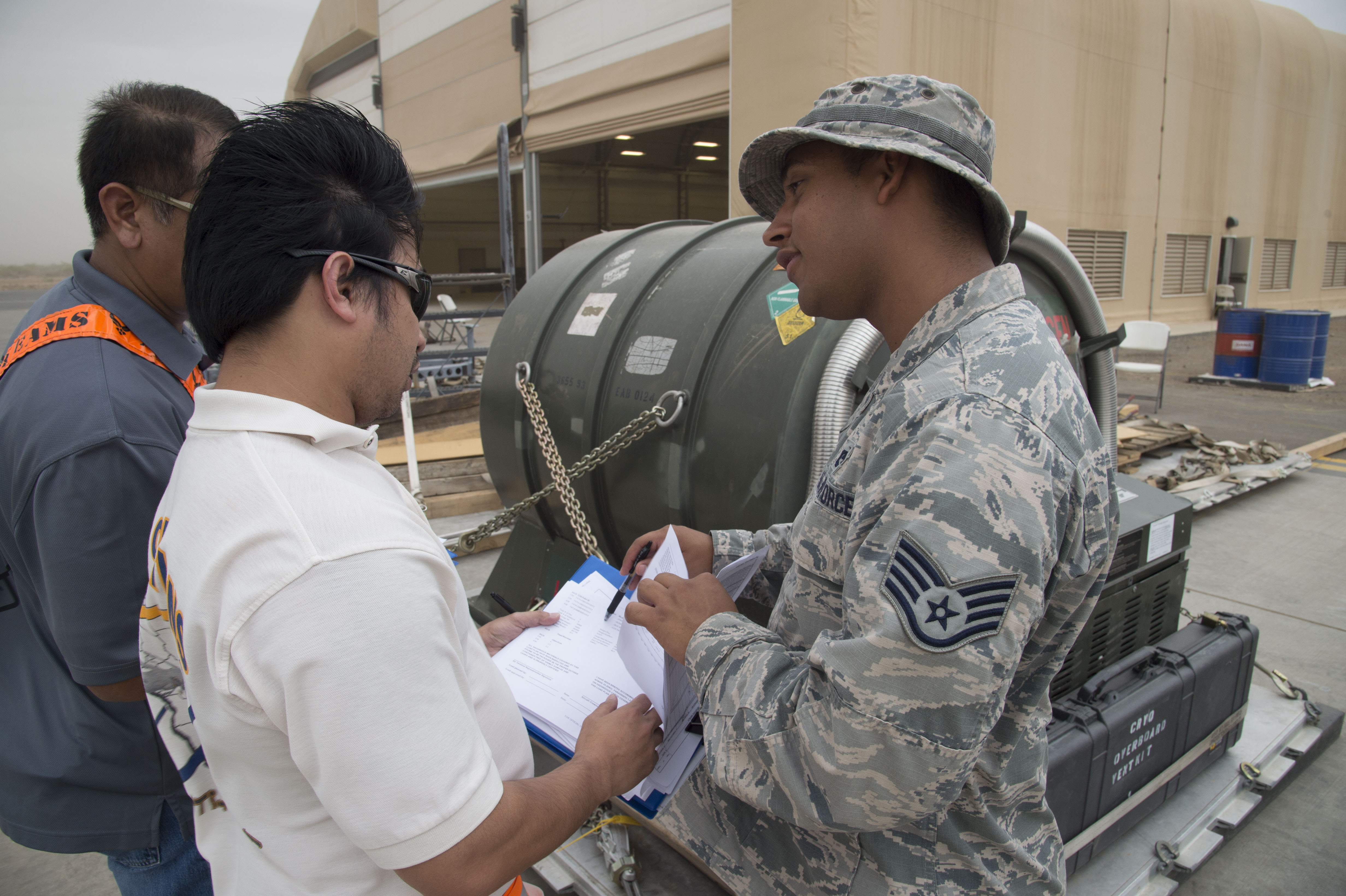 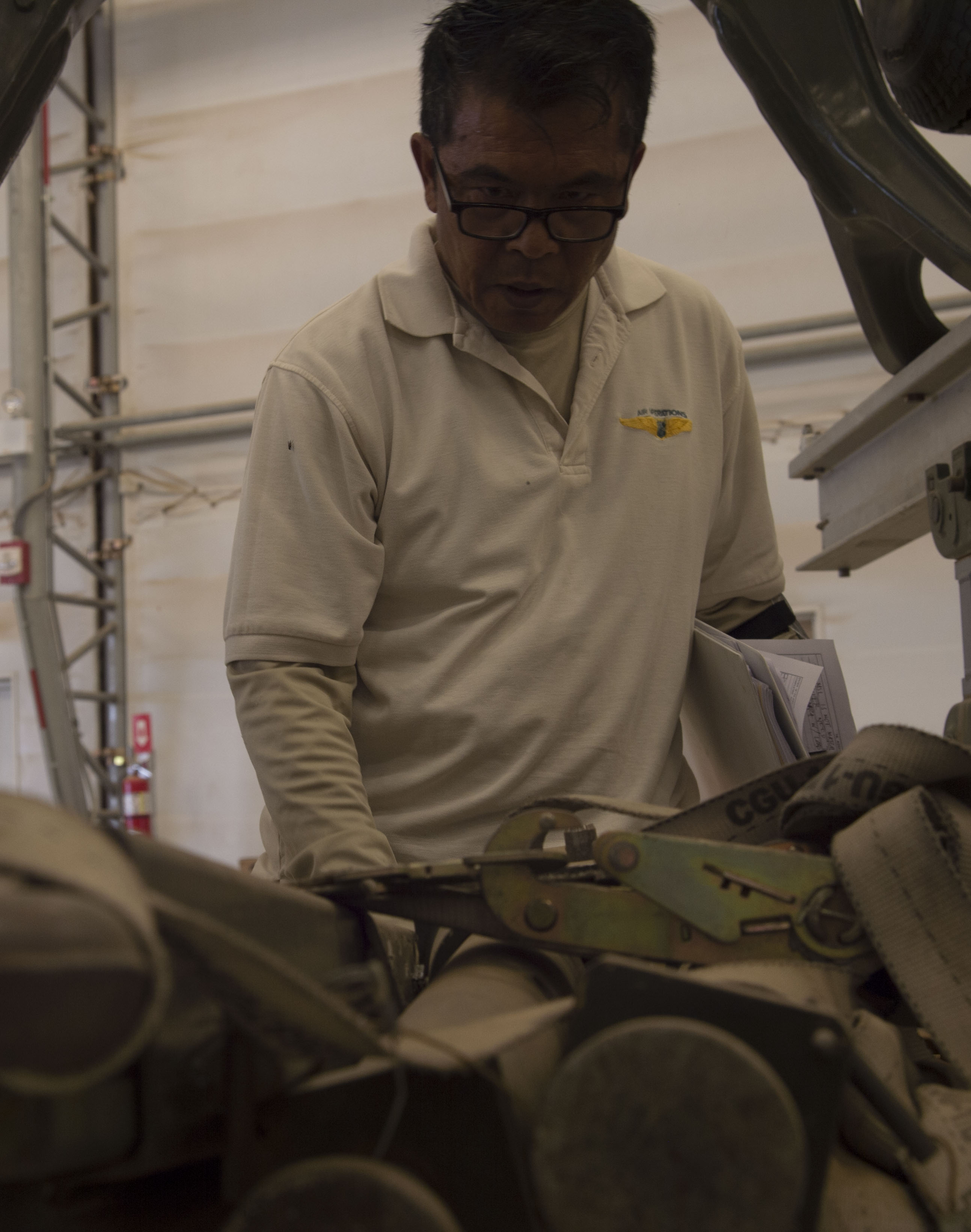 Airmen from the 821st Contingency Response Squadron, deployed from Travis Air Force Base, Calif., taught several Kellogg, Brown and Root contractors about the JI process, governing directives and more about ensuring cargo is safe for loading onto an aircraft.

“We are training the KBR contractors that are in charge of air transportation here at Camp Lemonnier,” said Master Sgt. Chris Messer, 821st CRS tactics section chief. “It’s an inspection between the person sending the cargo and the mobility force or whoever is doing the inspecting. That’s why it’s joint, it’s between two organizations. It’s the person sending the cargo and person inspecting the cargo. They both have to sign saying that everything has been certified and is air worthy.”

The training came about after the 821st CRS Airmen were en route to Ramstein Air Base, Germany, and they noticed the need for training while stopped at Camp Lemonnier.

“We found out that they didn’t have a JI program here and we happened to have two instructors with us,” Messer said. “So we were like, ‘Ok, we can go ahead and teach a class and make the capability here good to go.’”

The JI process is an important step when loading cargo before takeoff, and it’s a requirement for the plane to fly.

“If they don’t have this, they’ll never be able to move a unit out of here,” Staff Sgt. Bryan Oliver, 821st Contingency Response Squadron aerial port contingency response supervisor, said of the training.

“[Without the training], every unit that has to come here, when it’s their time to leave, would have to fly in other individuals, as in a contingency response unit or [JI certified personnel]. So instead of taking manpower from a different unit, these five guys can just move them out, saving money and manpower, keeping units fully employed with the personnel they do have,” Oliver continued.

The week-long class, which covers topics such as the handling of hazardous materials and vehicle and cargo inspections, could potentially save the U.S. Air Force and Camp Lemonnier a great deal of money in manpower and funding, Oliver said.

“The training gives them the ability to say that the cargo is safely allowed to go on the plane [and] that there is nothing that will destroy the plane [or] cause an explosion,” Oliver added.

Oliver also stressed that the class was important because it explains to the students how impactful even the most basic error can be.

“The inspection could save a life,” he said. “Anything could go wrong if you miss one little thing.  It could destroy or bring down an aircraft. So what these guys are getting is vital, required training.  Because there is not a mission that leaves an [airfield] that doesn’t have an inspection.”

Airmen from the 821st Contingency Response Squadron, deployed from Travis Air Force Base, Calif., taught several Kellogg, Brown and Root contractors about the JI process, governing directives and more about ensuring cargo is safe for loading onto an aircraft.

CAMP LEMONNIER, Djibouti – Airmen serving in the Horn of Africa had the opportunity to meet the U.S. Air Forces in Europe and Air Forces Africa (USAFE-AFAFRICA) Commander, Gen. Tod D. Wolters during his visit to Camp Lemonnier Feb. 1-2, 2017. Wolters interacted with forward deployed Airmen assigned to the installation, and Combined Joint Task Force-Horn of Africa.