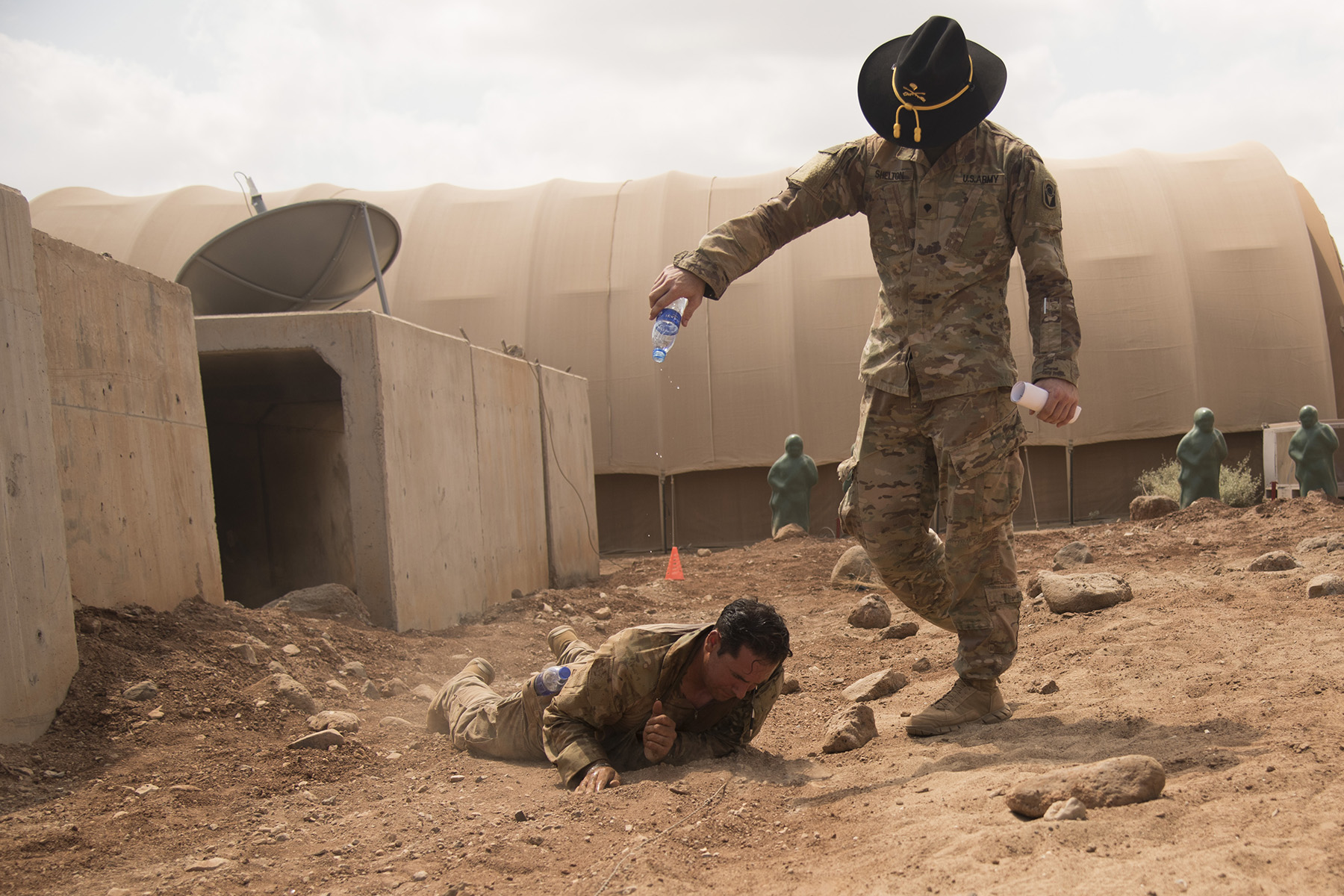 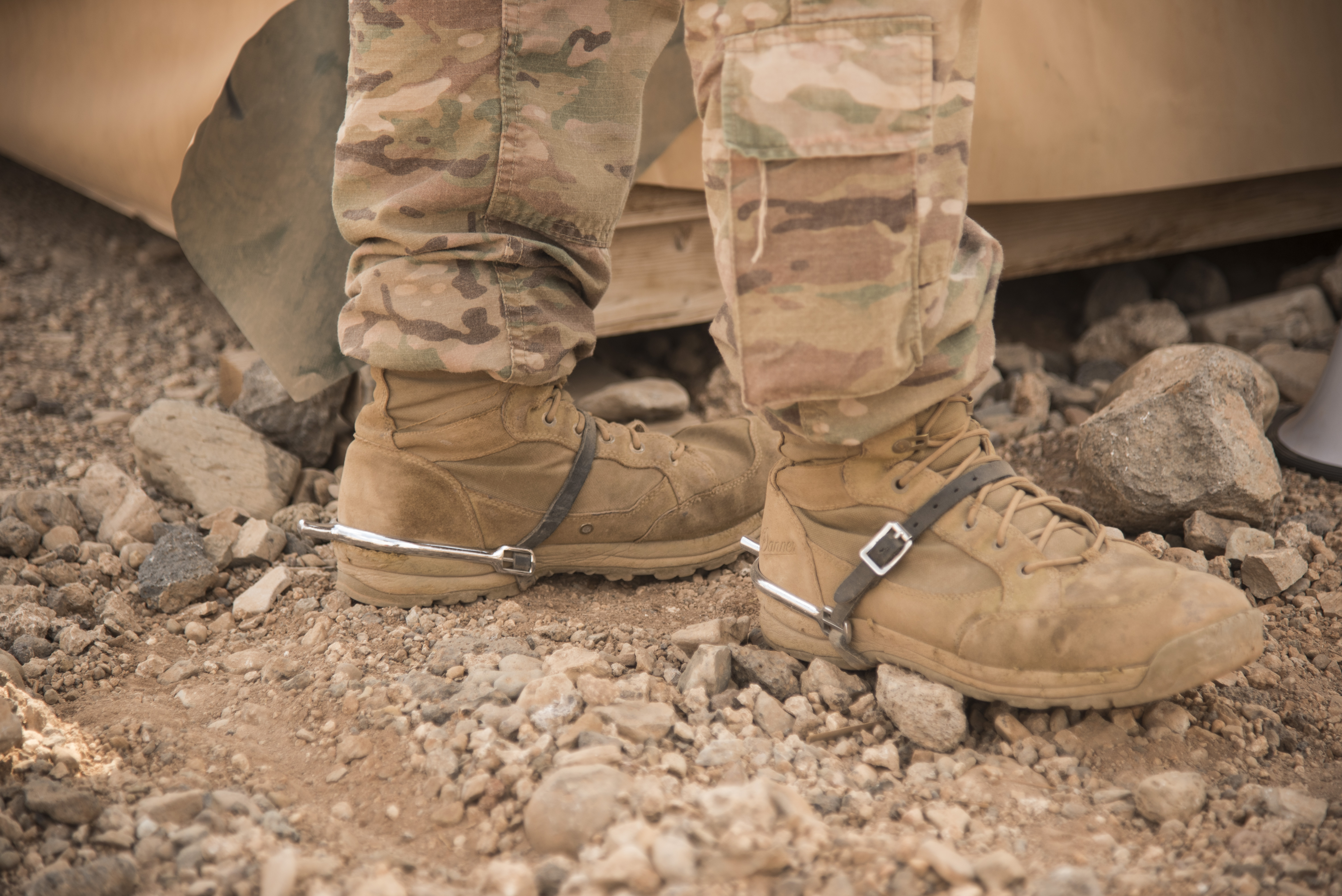 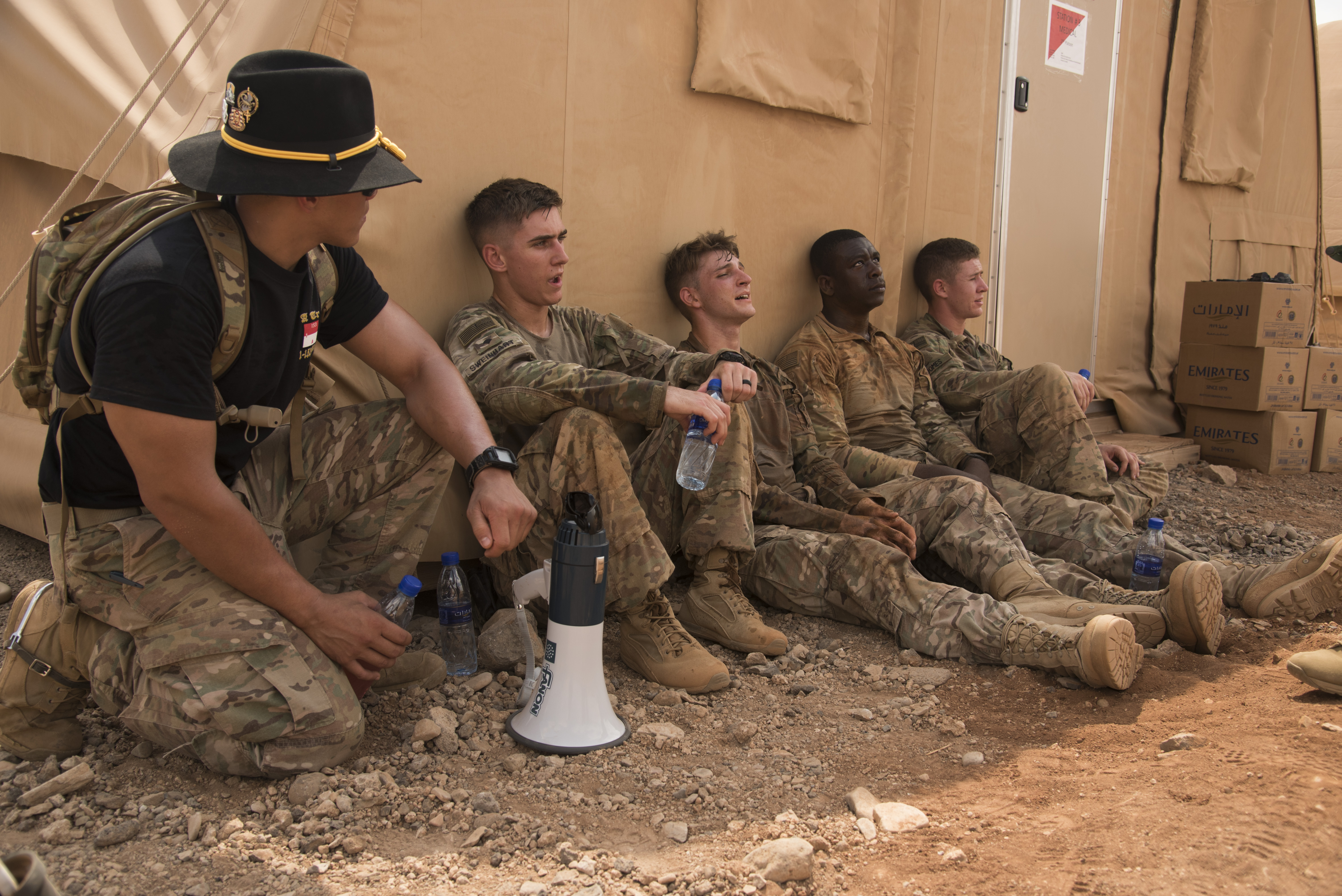 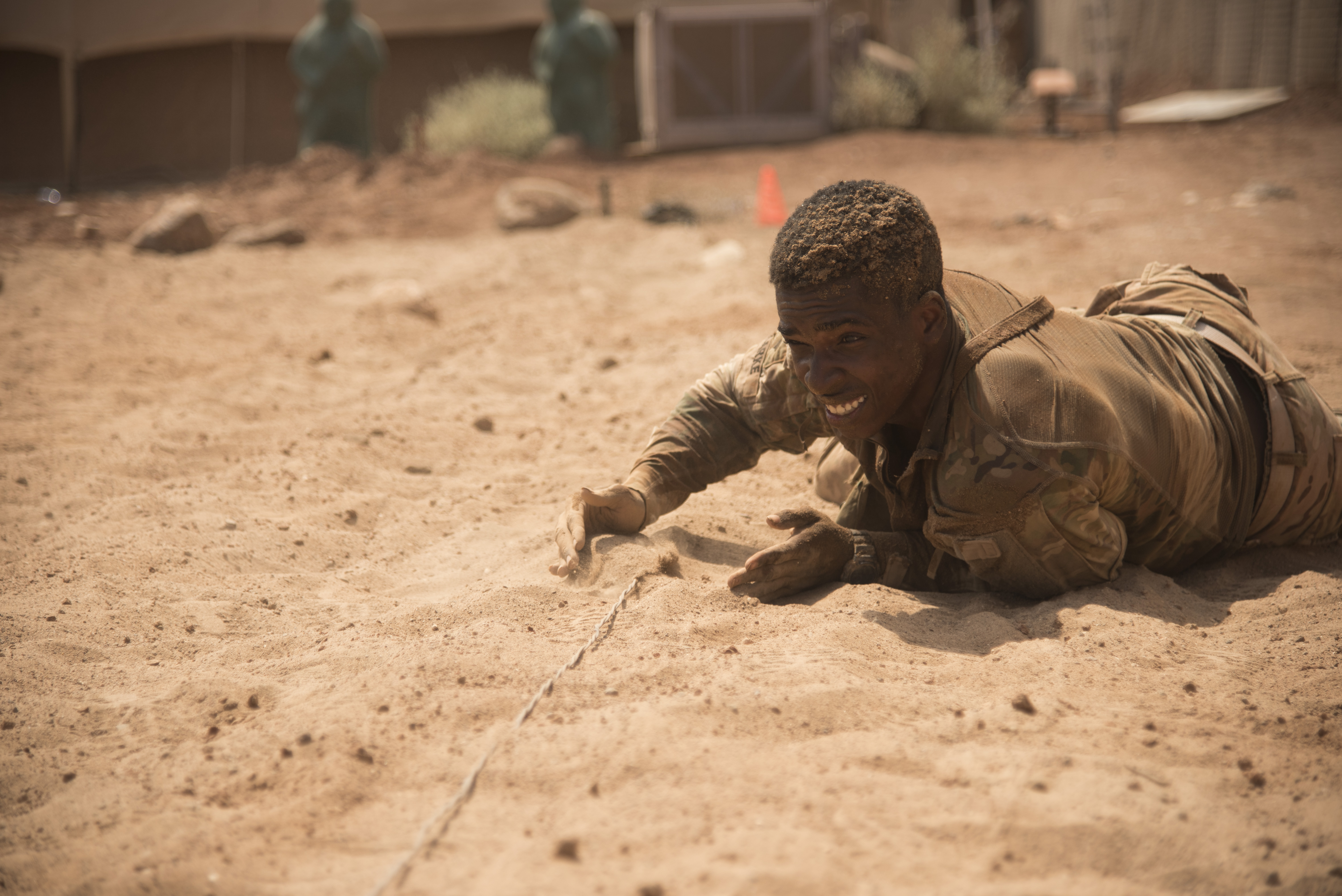 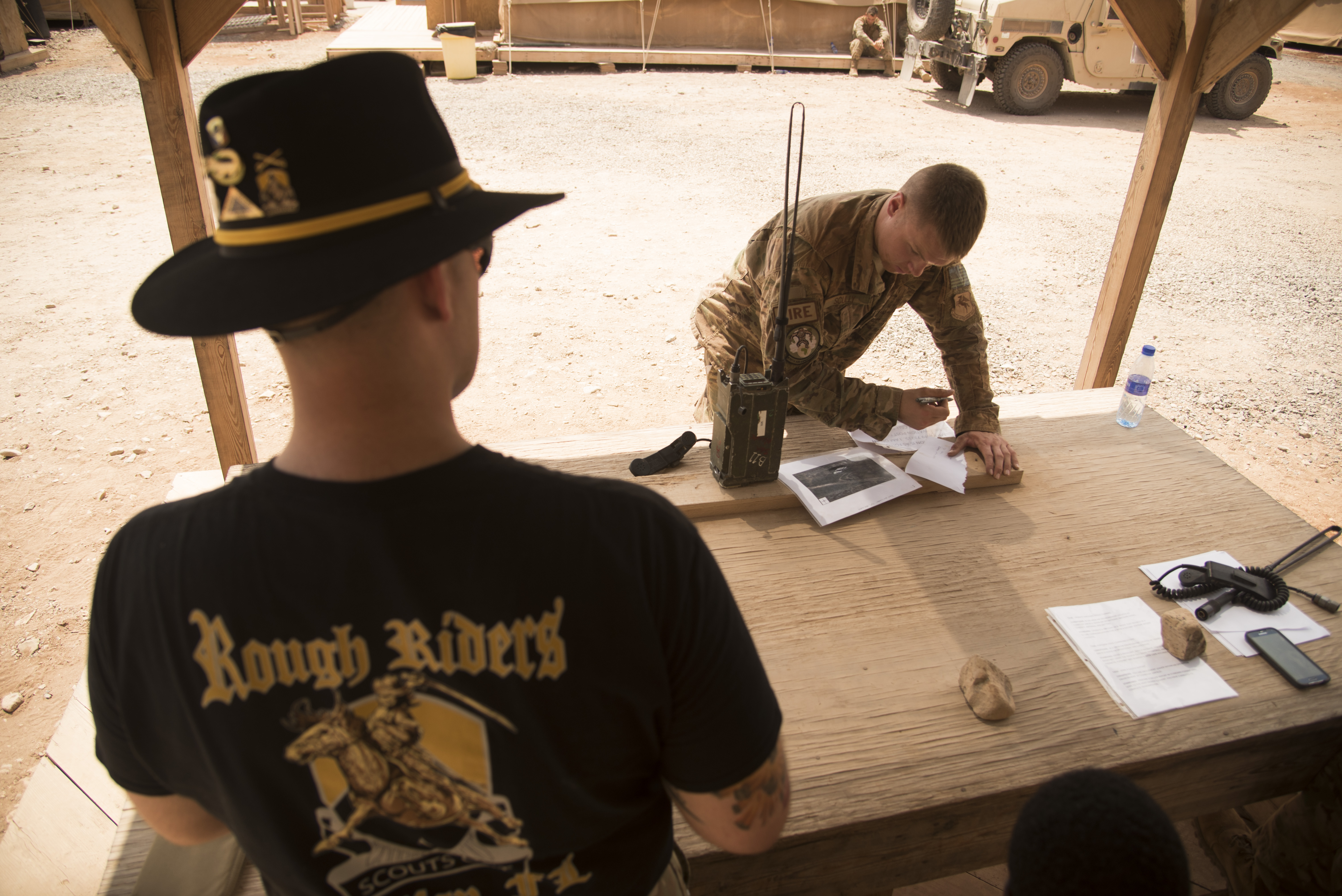 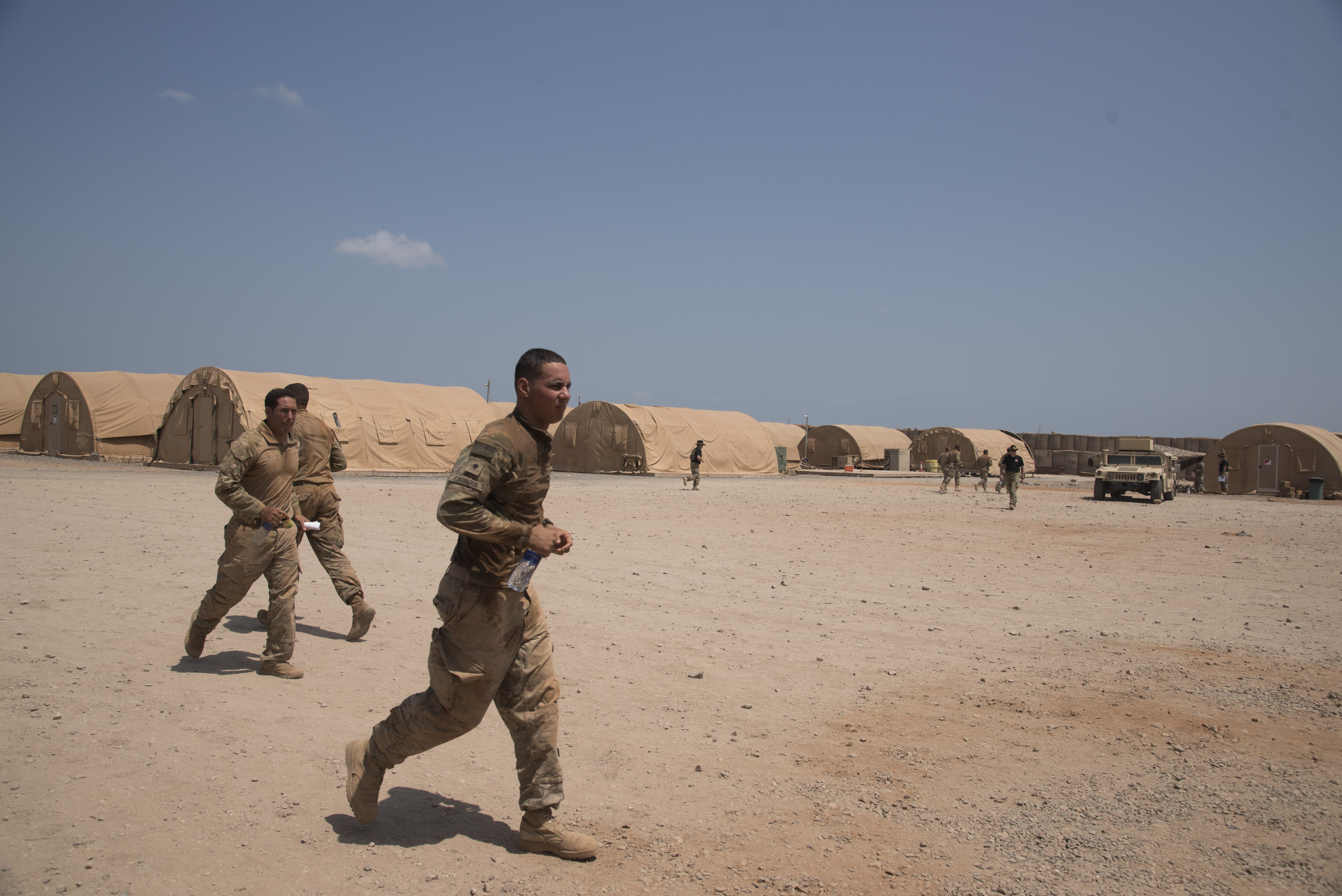 Combined Joint Task Force - Horn of Africa Image DJIBOUTI- U.S. Army Soldiers with the 1st Squadron, 153rd Cavalry Regiment attached to 1st Battalion, 124th Infantry Regiment, run to their next stress event in an effort to earn their silver spurs as part of a spur ride event, Oct. 21, 2016, at a nearby airfield in Djibouti. The participants completed 10 tasks with various stress events before each task in approximately 19 hours. (U.S. Air Force photo by Staff Sgt. Tiffany DeNault) 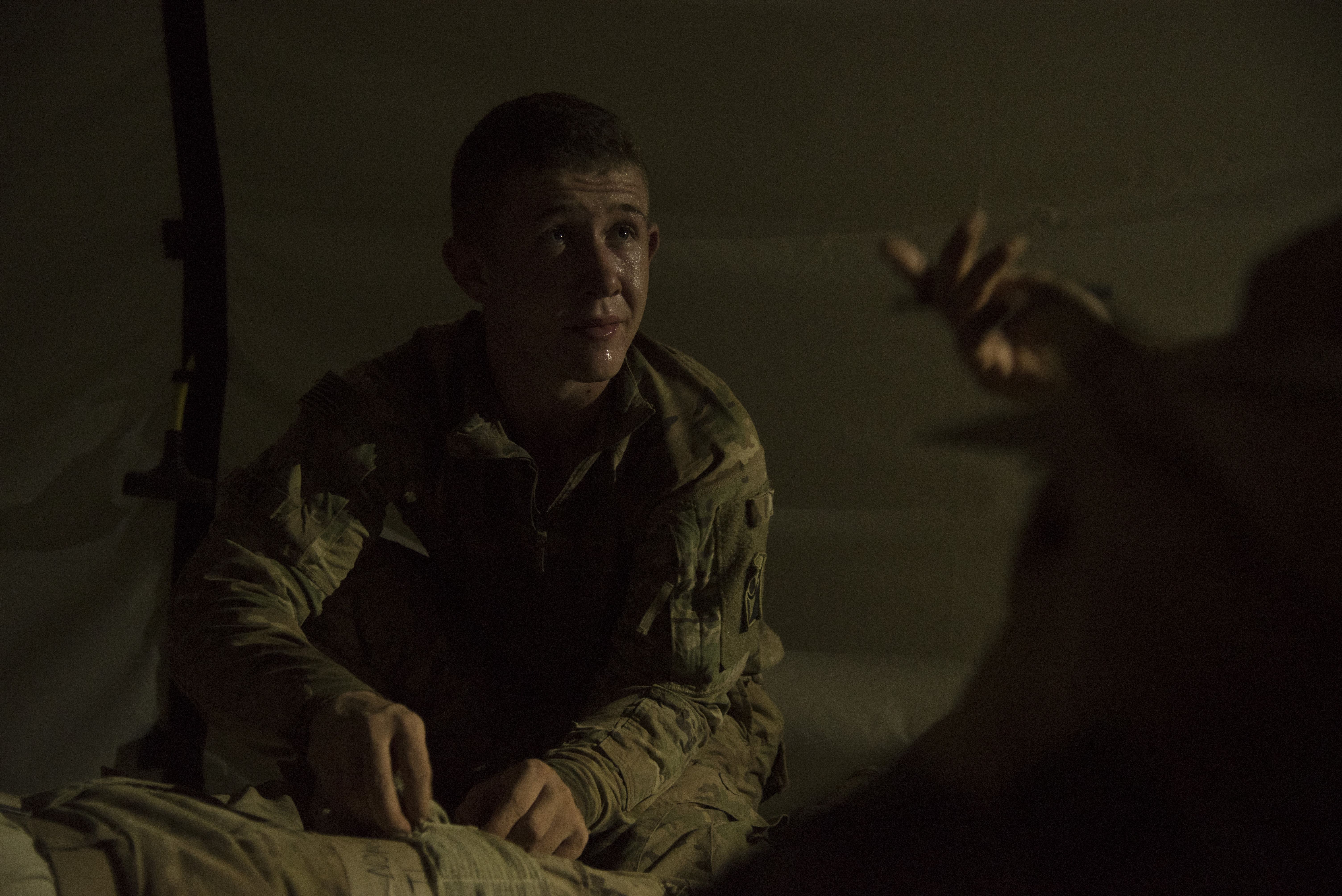 “When cavalry soldiers first entered the United States Army, we were mainly focused on horseback, and the spurs are a symbol of history bringing that lineage from our horseback days to modern, mechanized reconnaissance scouts,” said U.S. Army Capt. Justin Howland, Alpha troop, 1/153rd Cav. Rgt. commander. “It’s a continuation of our lineage moving forward.”

Some of the tasks the soldiers and airman participated in were weapons assembly and disassembly, employment of a mock claymore mine, land navigation, voice communication skills, first aid, and an Army physical fitness test. The final task was a 12-mile ruck to be completed in three hours. Before each station the participants completed a stress event—such as flipping a tire or a buddy carry—before the main task.

“We (cavalry) all do a spur ride. This is an ultimate tradition [and] you’re not legitimately a cav scout until you do a spur ride,” said U.S. Army Sgt. Billy Cowart, 1/153rd Cav. Rgt. team leader. “So it is a great honor to be here as an instructor, training these guys, getting them to pass and motivating them.”

Being able to complete the Spur Ride here in Djibouti increases the soldiers’ mission readiness and resilience due to its austere environment.

“This contributes to the CJTF-HOA mission because part of our mission set, besides force protection, is to maintain that high-level readiness for any mission that we may get tasked to do, and this reinforces those skill sets and gets after some valuable training while out here in Africa,” said Howland.

There are two different color spurs, gold and silver. When a soldier completes the spur ride they receive silver spurs, but once they deploy with a cavalry unit they earn gold spurs. The spurs can be worn during cavalry events and formal ceremonies.