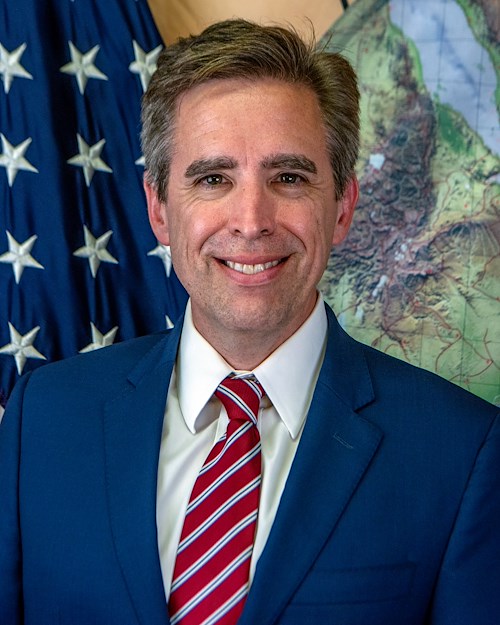 Mike Toyryla serves as the Foreign Policy Advisor (POLAD) for the Combined Joint Task Force -Horn of Africa. In this position, he advises the Commanding General and his staff on foreign policy matters related to the command's mission and activities in East Africa and the rest of the African continent. Mr. Toyryla joined the Combined Joint Task Force-Horn of Africa's (CJTF-HOA) leadership team on Aug. 31, 2021. Recent assignments in the State Department include Senior Advisor in the Bureau of East Asian and Pacific Affairs, and Director for Policy and Public Affairs in the Bureau of Energy Resources. Mike joined the U.S. Foreign Service in 2001, and has served in Ethiopia, Laos, China, South Africa, Brazil, and in Washington, D.C. He served in the U.S. Navy from 1991 to 2000.He has a Bachelor's degree from the University of California, Berkeley and Masters degrees from the George Washington University and the U.S. National War College. Mike is married to Kendra, a U.S. Foreign Service Medical Provider, and they have three children.