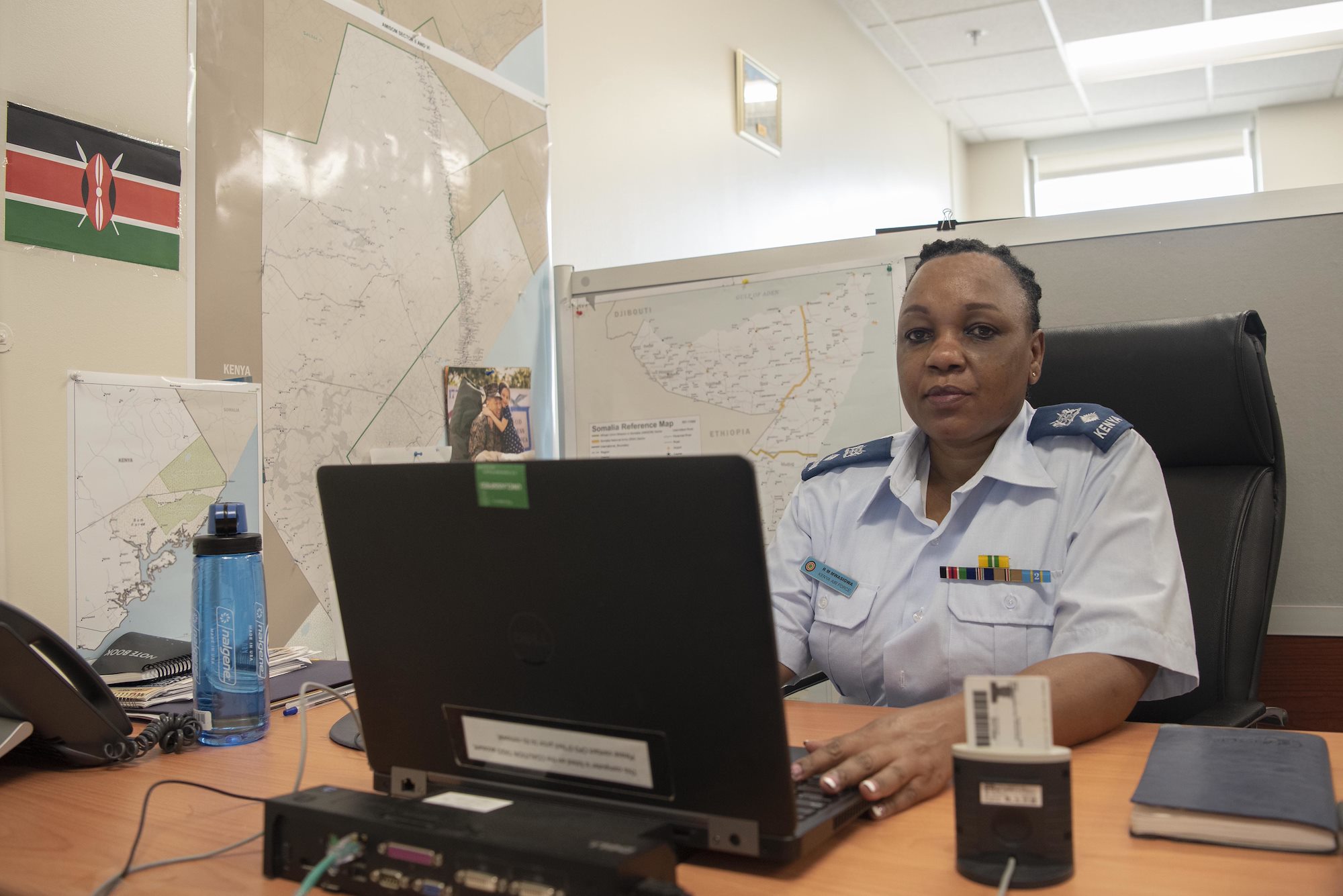 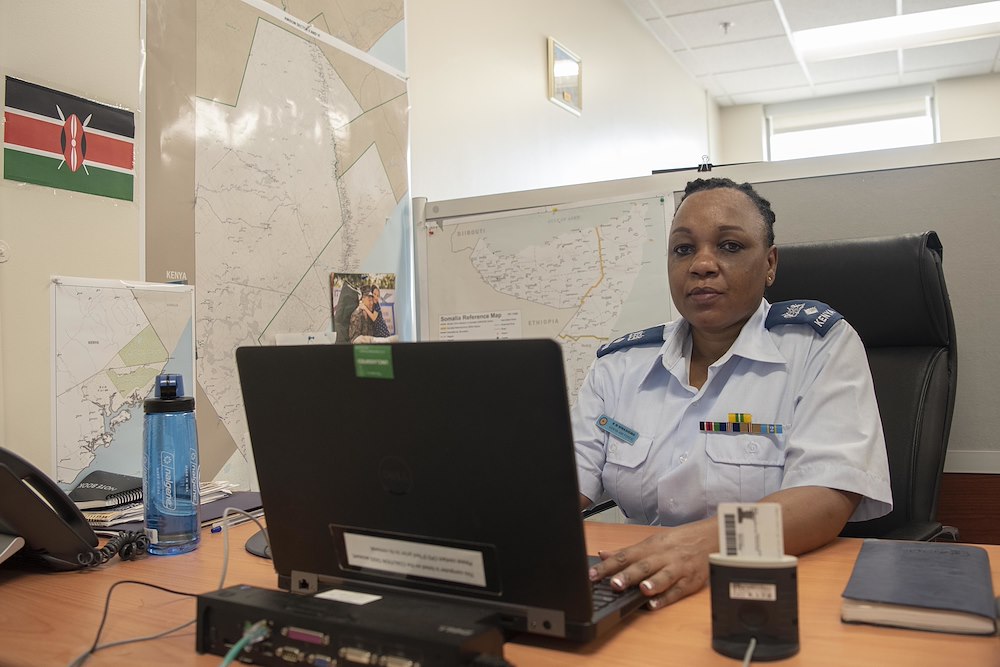 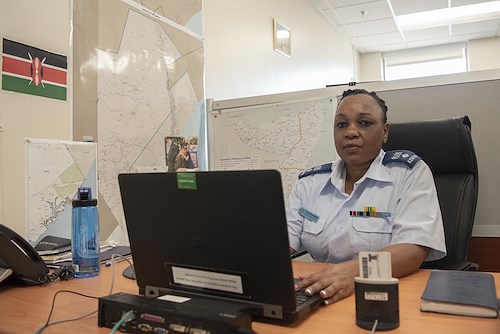 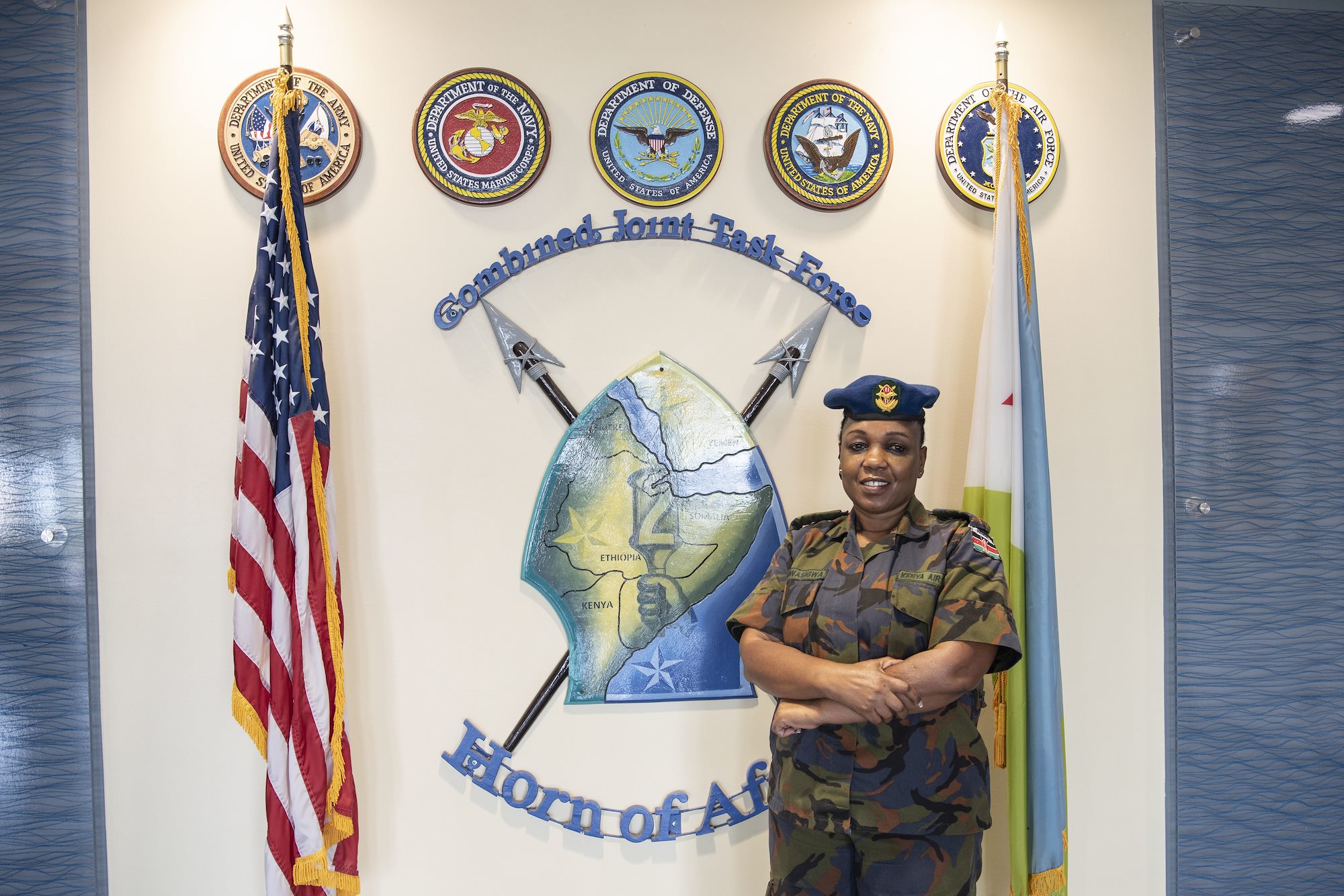 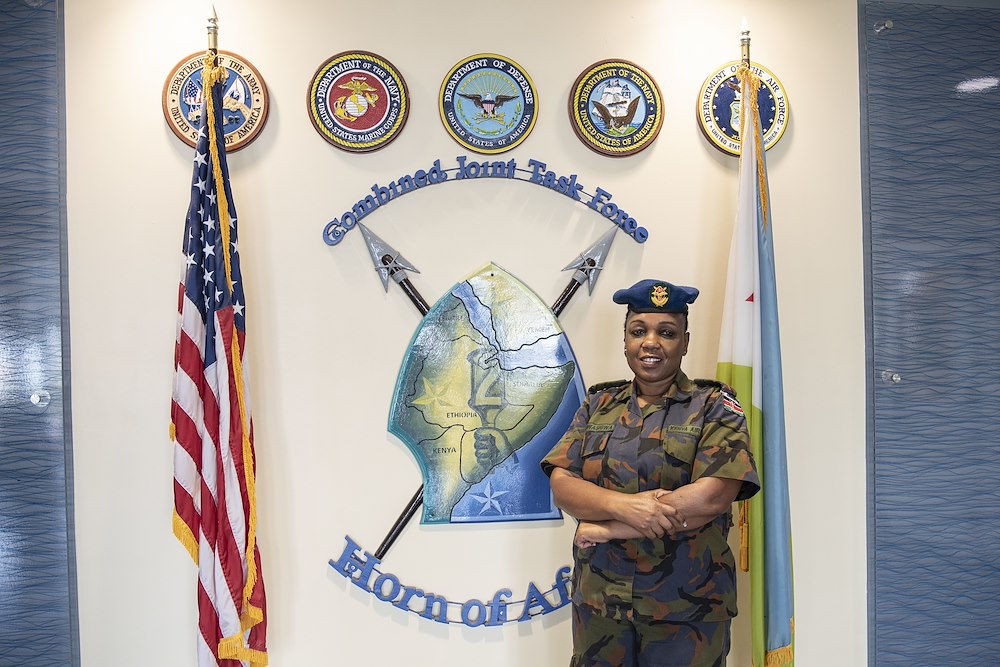 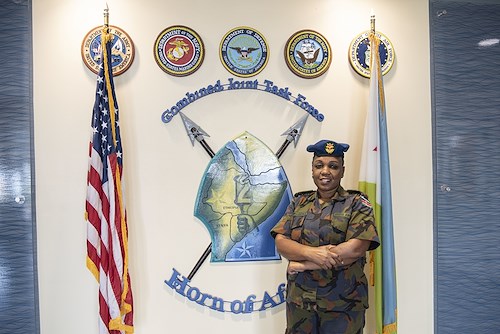 With mission sets that cover 12 different countries throughout East Africa, the ability to work with various units and nations is key to the success of an organization like the Combined Joint Task Force-Horn of Africa (CJTF-HOA).

To keep CJTF-HOA running like a well-oiled machine, several partner nations have lent a member of their military to serve as a foreign liaison officer (FLO) and to work directly with CTJF-HOA personnel on Camp Lemonnier. These personnel improve communication between the command and foreign militaries and strengthen the partnership between our African and other allied partners.

“My roles as a FLO are to facilitate timely and accurate communication between CJTF-HOA and Kenya Defense Forces (KDF), assist in the organization of key leadership engagements, and facilitate subject matter expert exchanges and participation in multinational exercises in East Africa,” said Kenya Air Force Lt. Col. Rodah Mwasigwa, KDF FLO. “I also liaise between KDF headquarters and CJTF-HOA on matters pertaining to operations and training, brief Joint Task Force headquarters on activities within Kenya or the African Union Mission to Somalia’s (AMISOM) area of responsibility, and liaise with coalition partners and nations represented at CJTF-HOA for a seamless, accurate flow of information.”

The typical rotation for a FLO at CJTF-HOA is one year, with each new FLO typically coming from a different military service than his or her predecessor. Prior to her assignment to CJTF-HOA, Mwasigwa served as a staff officer in charge of welfare and compensation at the headquarters for the Kenya Air Force.

She said her time at CJTF-HOA has been particularly unique because she is the first female the KDF has allowed to fill a FLO position here.

“In line with the KDF gender policy of 2017, which provided comprehensive overall framework to guide gender mainstreaming, KDF has endeavored to give equal opportunities to all genders who meet the criteria,” said Mwasigwa. “I am glad to mention that I am the first female officer to be appointed as the KDF FLO at CJTF-HOA, and honored to be such since the inception of CJTF-HOA.”

Since her arrival at CJTF-HOA, Mwasigwa has facilitated training for KDF personnel and coordinated multiple key leader engagements, including a ceremony in which U.S. Army Maj. Gen. Michael Turello, commanding general of CJTF-HOA, presented six MD-530F helicopters to the KDF in late January.

However, one of the most important tests of her abilities as a FLO happened shortly after her arrival to Camp Lemonnier, when a terrorist organization attacked U.S. and Kenyan facilities at Manda Bay, Kenya. Under the direction of U.S. Air Force Brig. Gen. James Kriesel, CJTF-HOA’s acting commanding general at the time of the incident, she played an important role in coordinating a unified response to the attack from both CJTF-HOA and the KDF.

“During the Camp Simba attack on January 5, I was part of the CJTF-HOA joint operation command center under Brig. Gen. Kriesel’s leadership and assisted in sharing information which was vital in support of the counter-attack operation,” said Mwasigwa. “Working in such a high-operation command center with U.S. military, while handling such a sensitive operation, was a new experience to me. This was one of my most memorable experiences, and Brig. Gen. Kriesel’s leadership in the operation taught me several lessons I will carry throughout my career.”

Kriesel, who is currently the deputy director of operations for United States Northern Command (USNORTHCOM), recalled the events of that day, and noted how Mwasigwa’s actions contributed to CJTF-HOA’s swift response during a time of crisis.

“I saw Rodah’s expertise and insight relative to her capabilities to synchronize with the Kenyan military, and it helped me out as the acting commanding general at the time of the attack in my decision making process and helped us respond quickly,” said Kriesel. “Rodah, just like her predecessor, brings an inordinate amount of expertise that allows myself or anyone else within CJTF-HOA the ability to go to her for questions specific to Kenya. She can then reach back and utilize her relationships to get unique answers critical to CJTF-HOA’s relationship with Kenya.”

Kriesel emphasized the importance of FLOs and their significance of being a force multiplier, using the South African word, ubuntu, which is translated to “I am because we are.”

“To describe the word ubuntu: that is what I think of when I think of the work our FLOs do,” said Kriesel. “Our African and coalition partners work with a unity of effort that is so vital, because it enables us to come up with solutions for our future in Africa.”

Mwasigwa said the biggest challenge she faces is not being able to perform her duties as required due to restrictions imposed due to COVID-19, which also prevents her from being able to visit her family. Regardless, she continues to have a positive attitude and achieve her duty requirements as necessary whenever called upon.

“I would like to thank KDF and particularly Kenya Air Force commander Maj. Gen. Francis Ogolla, for giving me this opportunity to serve in this mission. It has been fun and quite an experience to work at CJTF-HOA,” said Mwasigwa. “The ability to work together in a dynamic environment with FLOs from different countries, sharing knowledge and expertise in order to help build capacity throughout Horn of Africa and beyond, has been a good and memorable experience to me. I feel humbled and honored.” 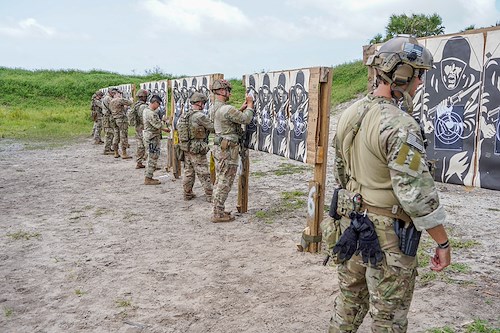 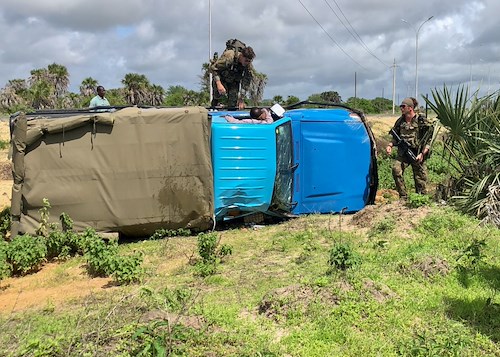 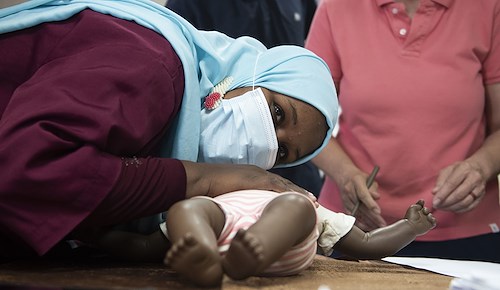 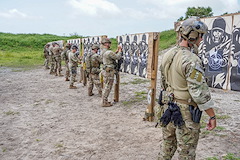