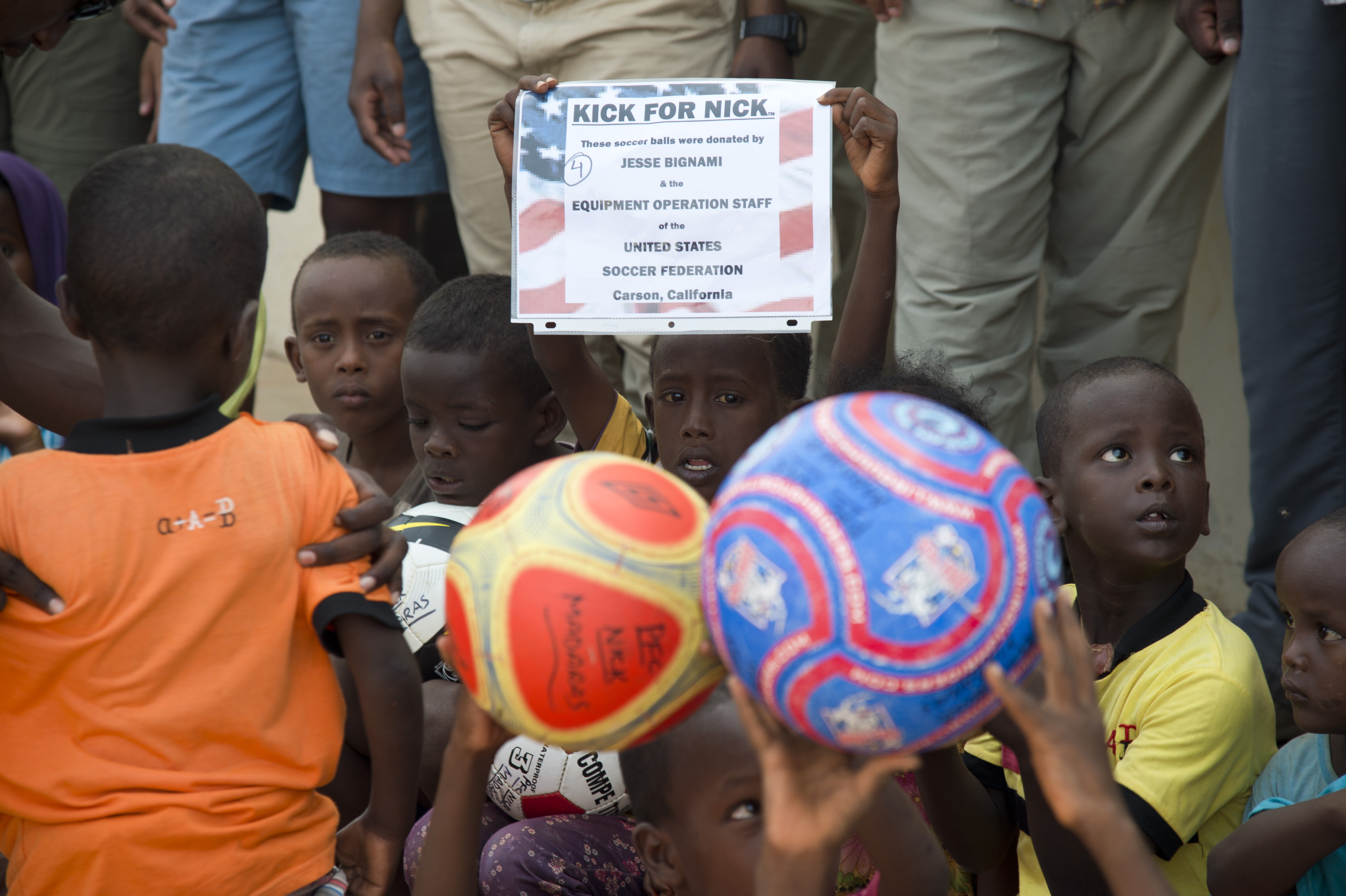 A child holds a sign with the name of a donator who contributed to the "kick for Nick" charity, at Chebelley Village, Djibouti, May 21, 2015. Contributions to the charity, setup in honor of a fallen U.S. Army soldier who loved soccer, have led to thousands of soccer balls being distributed to children worldwide. (U.S. Air Force photo by Staff Sgt. Nathan Maysonet)
Download full-resolution