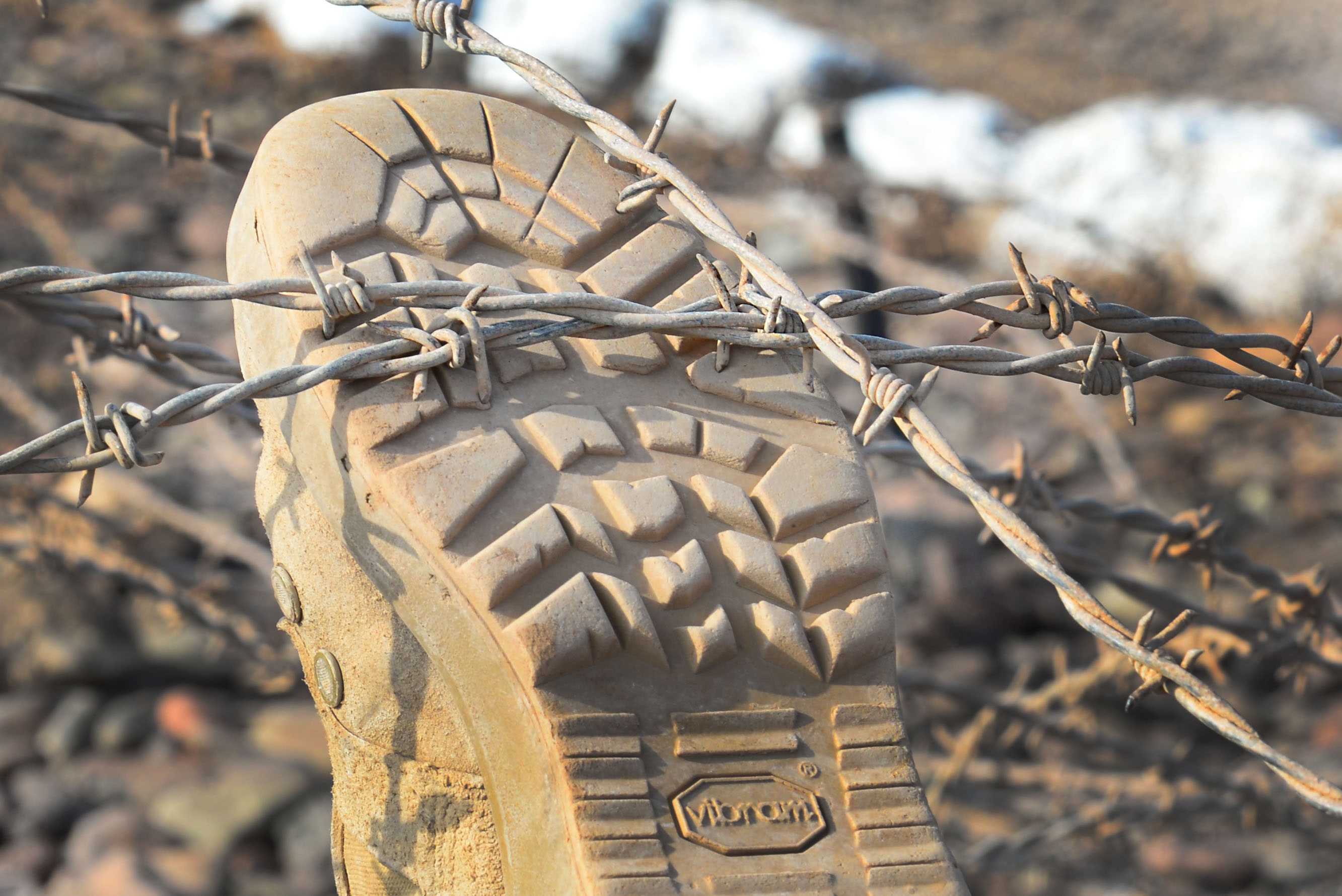 A U.S. Army soldier lifts barbed wire with his boot during the French Desert Survival Course, May 6, 2016, at Arta Plage, Djibouti. The team of 10 soldiers were able to safely maneuver through a barbed wire field by lifting the barbs with their feet allowing the next soldier to move past. (U.S. Air Force photo by Senior Airman Benjamin Raughton/Released)
Download full-resolution 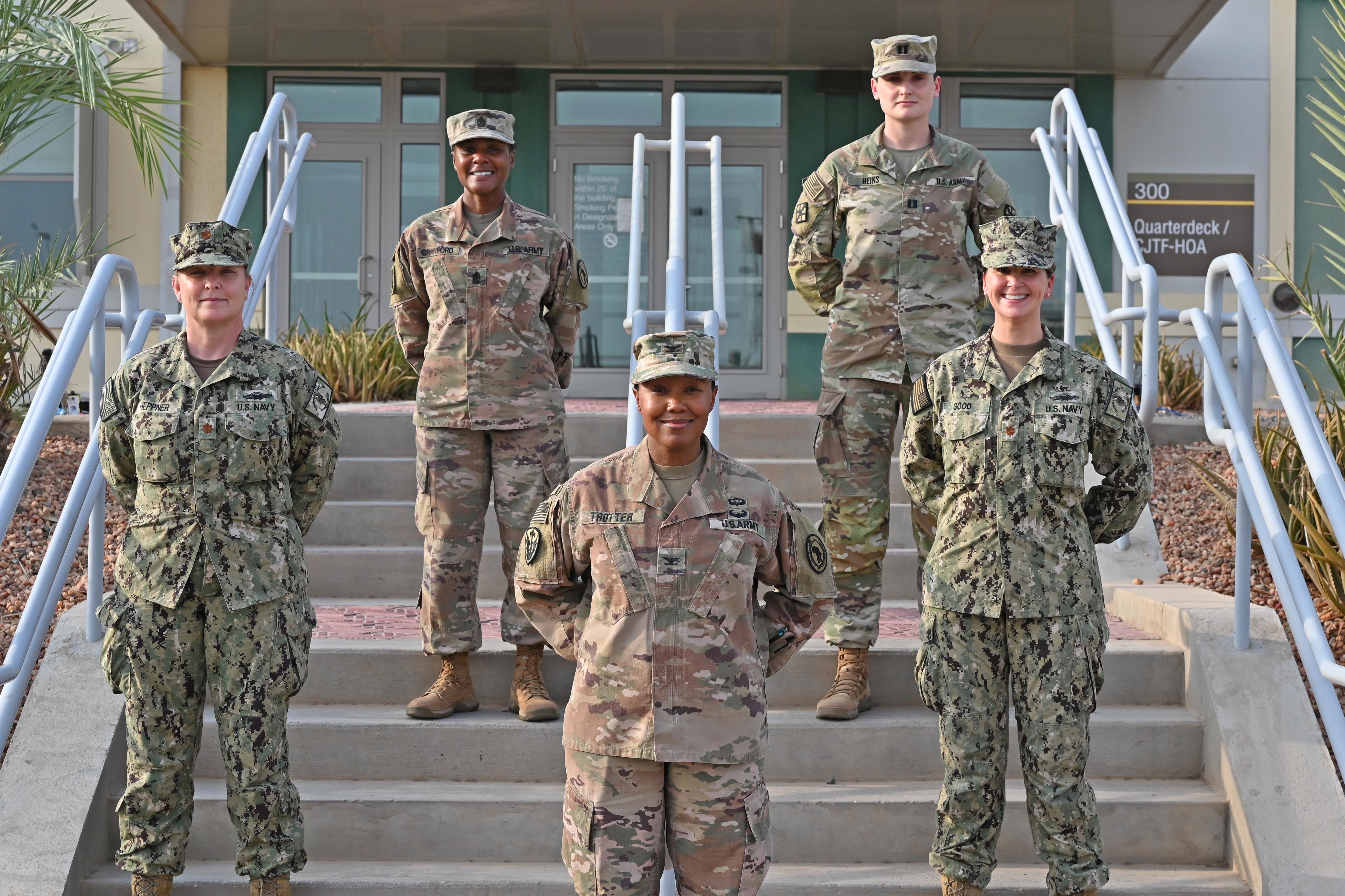