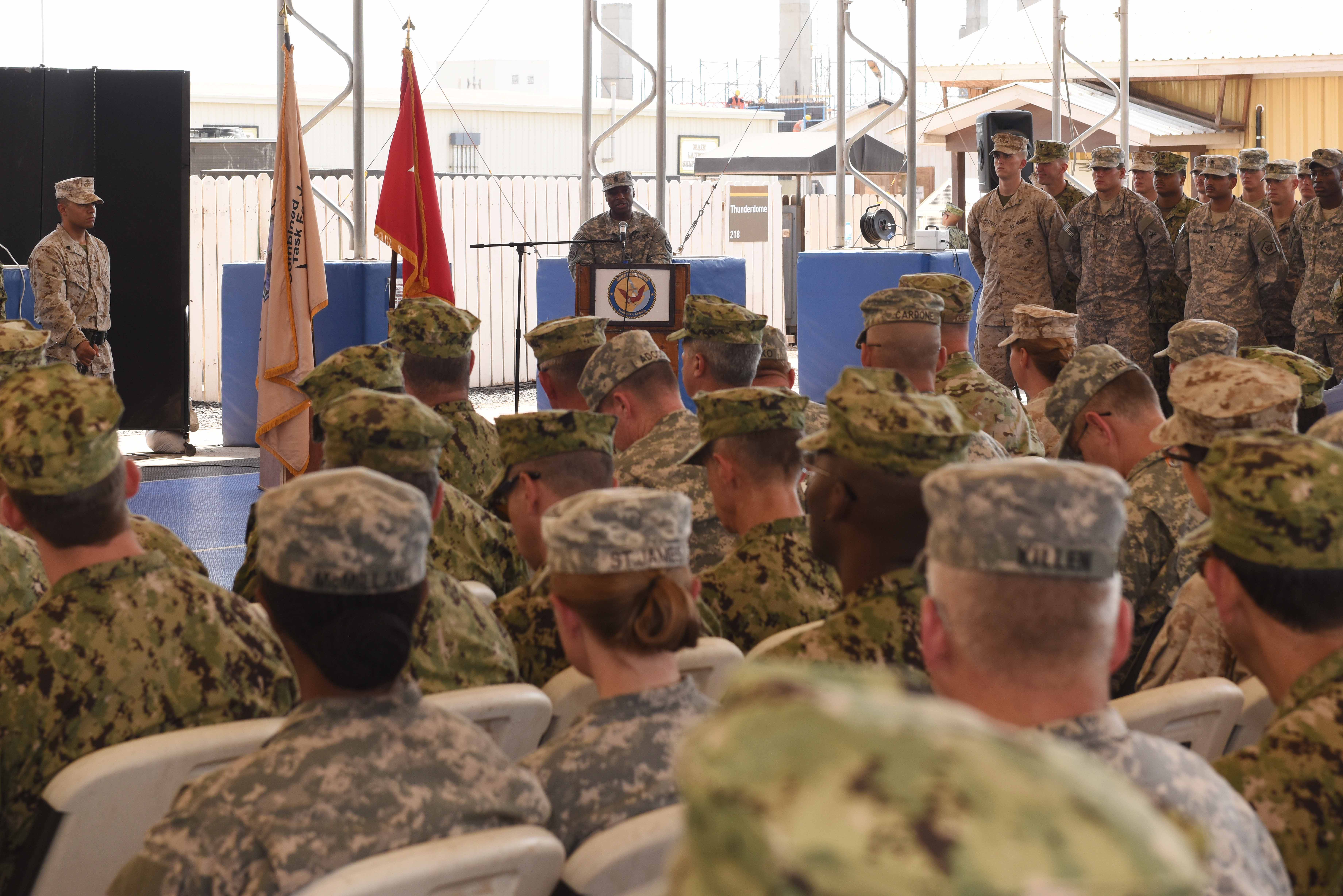 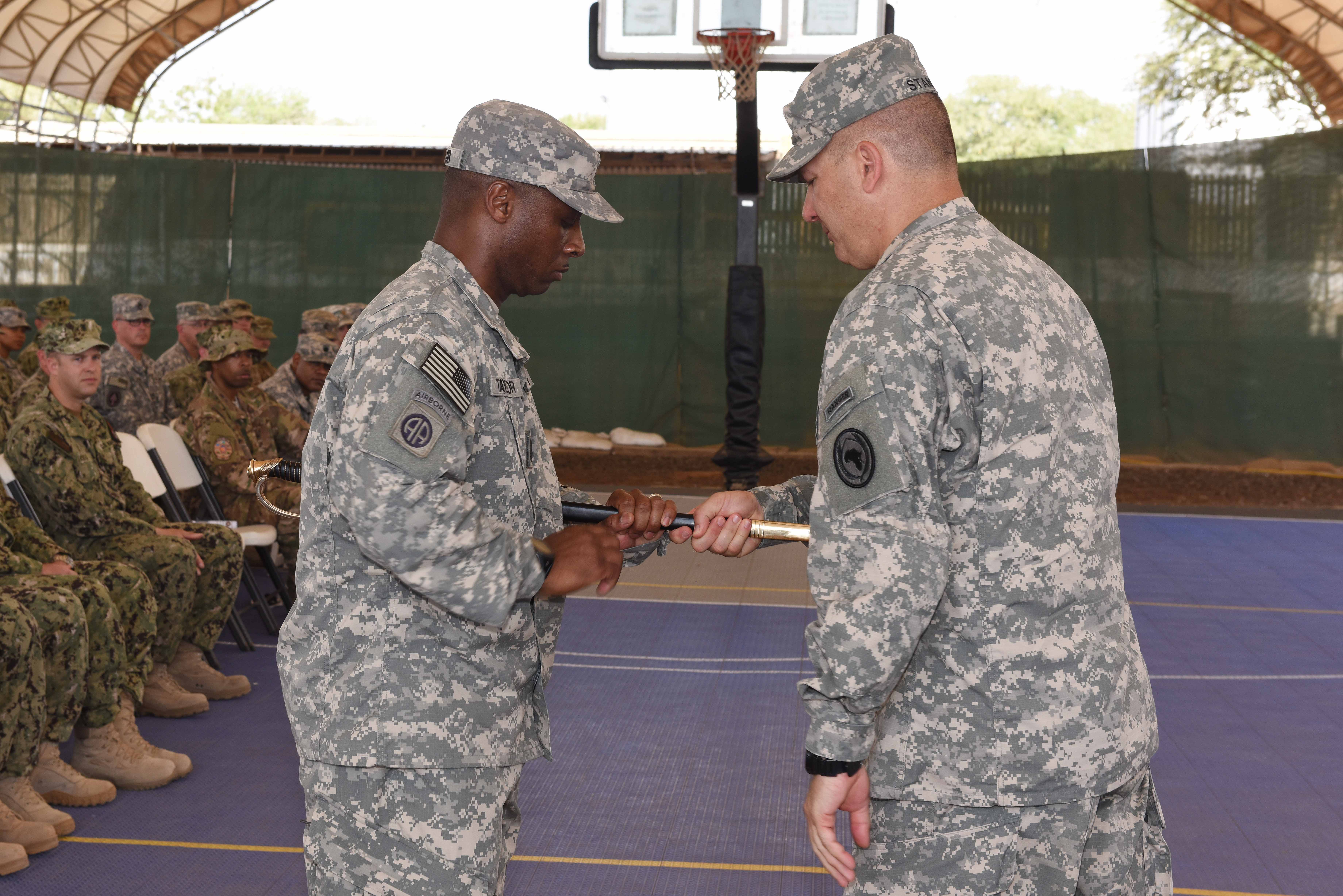 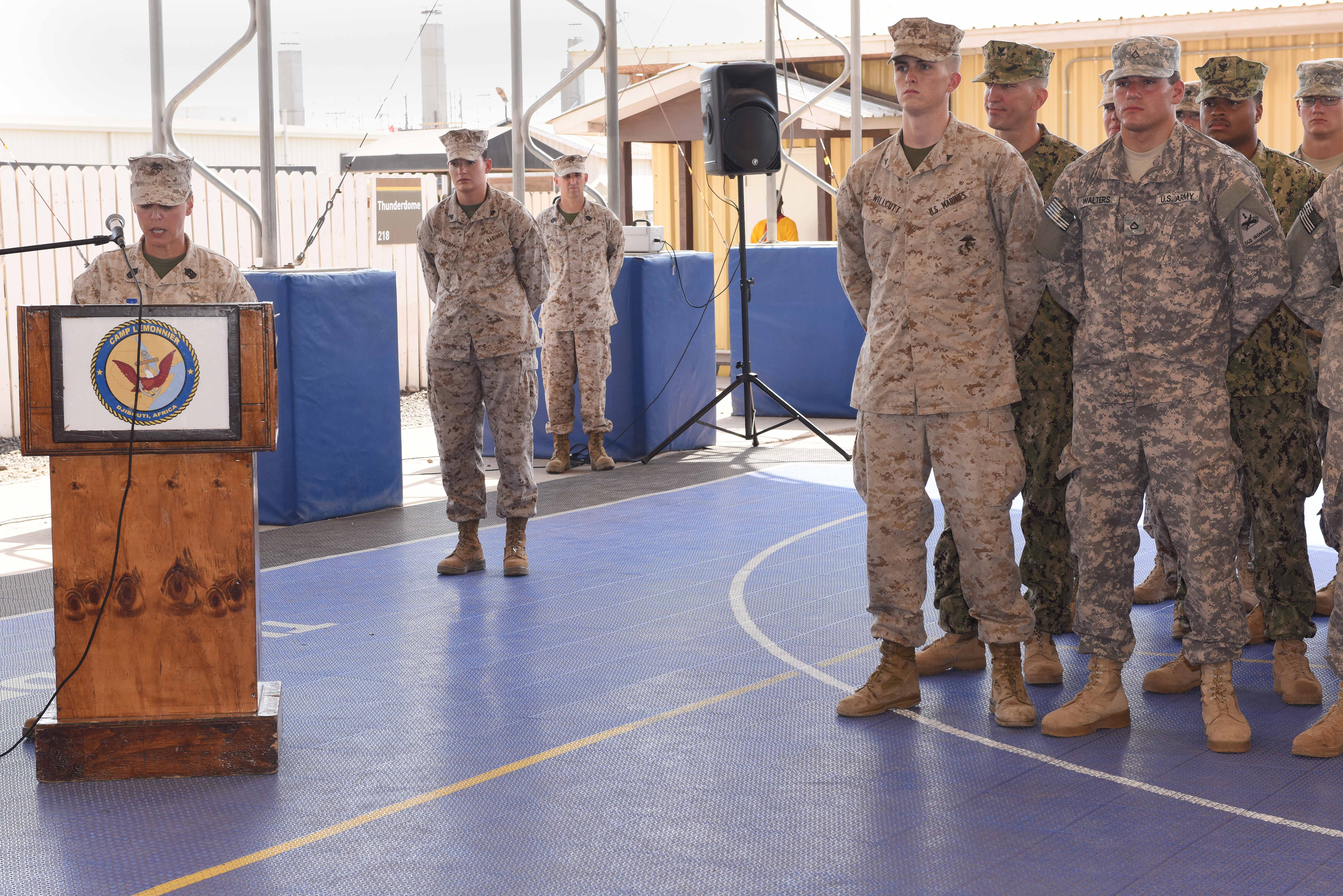 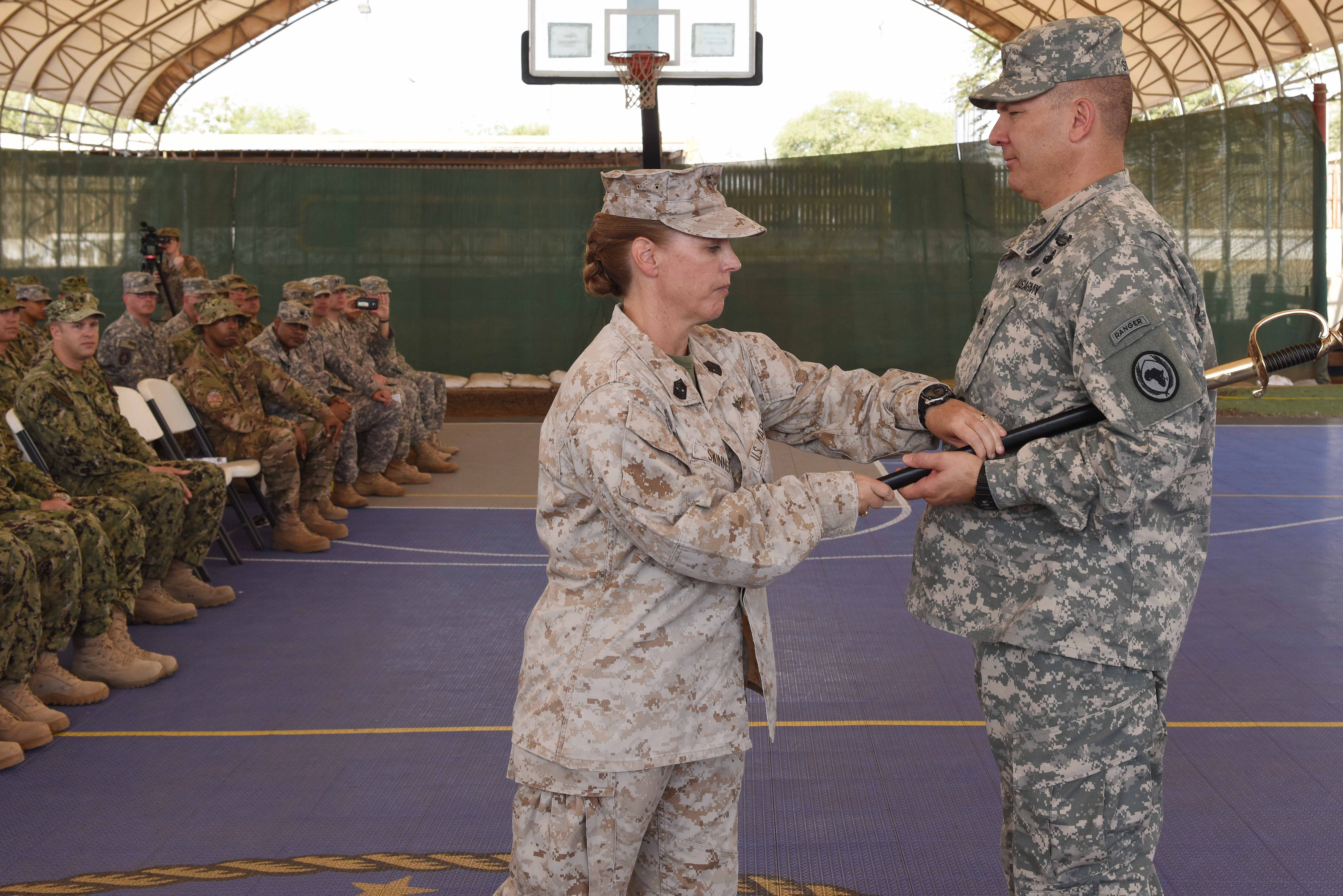 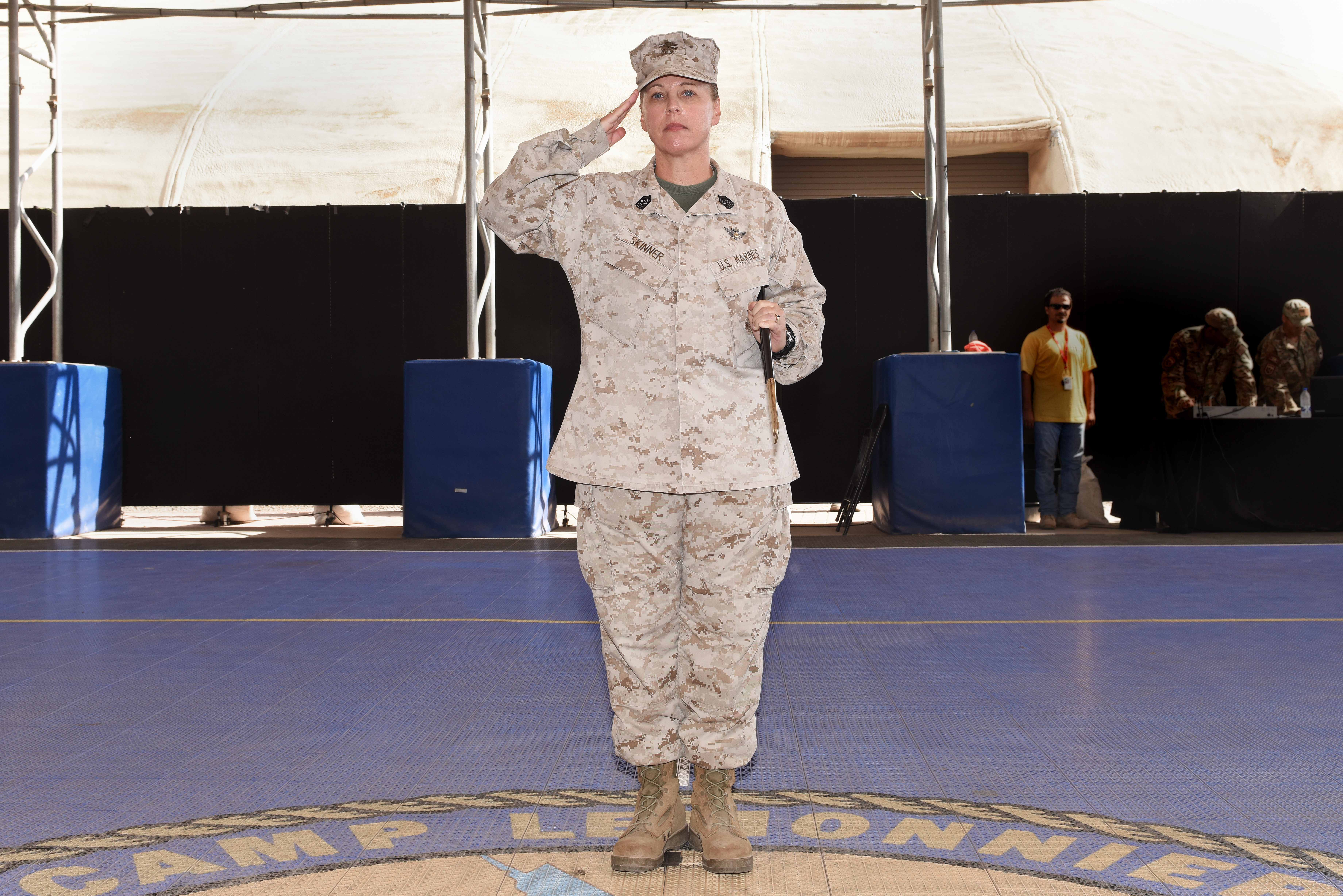 “I am departing CJTF-HOA, but a part of me will always be in East Africa,” said Skinner, a 30-year Marine who served as the CJTF-HOA senior enlisted leader for two years. “I leave you now in the capable hands of Sgt. Maj. Taylor; his passion and energy will assist in raising CJTF-HOA to the next level.”

As the CSEL, Taylor serves as the principal advisor to the CJTF-HOA commander on all issues affecting health, morale, welfare and professional development of more than 1,800 Army, Navy, Air Force, Marine and Coast Guard personnel throughout 10 countries in Africa.

“Sgt. Maj. Taylor is going to lead us from the front by the same enduring standard we expect from all our sergeants majors, regardless of their service,” said U.S. Army Maj. Gen. Mark R. Stammer, Combined Joint Task Force-Horn of Africa commander, “I’m confident he will do just as well in his stead.”

Taylor thanked the command for the opportunity and Skinner for her mentorship and friendship. He also thanked his family for their support.

“I am honored to be a part of the command staff and to serve with the soldiers, sailors, airmen, Marines, coalition and civilian partners at Camp Lemonnier,” Taylor said.