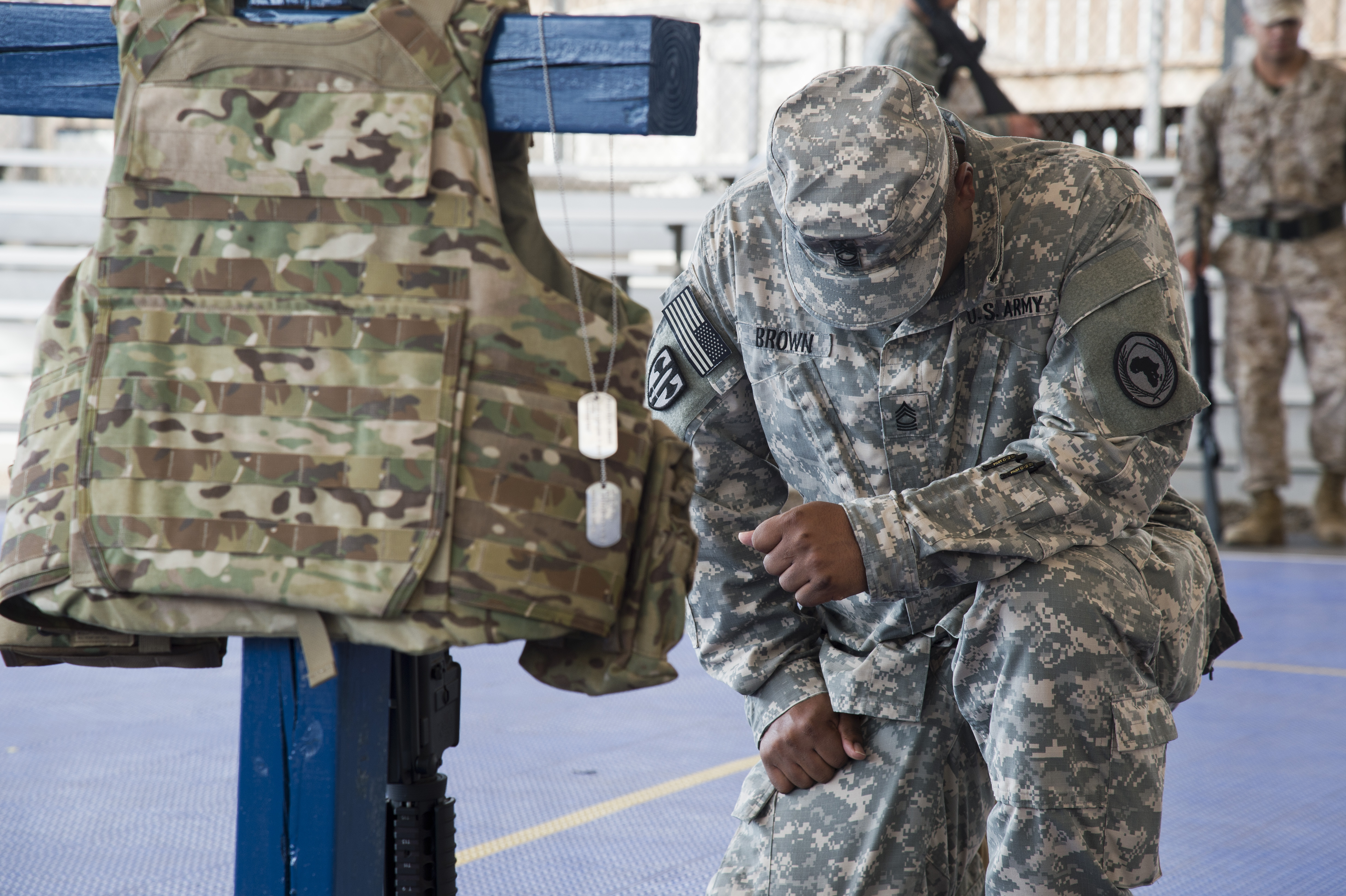 Combined Joint Task Force - Horn of Africa Image A U.S. Army soldier bows his head in prayer at a Memorial Day display at Combined Joint Task Force-Horn of Africa, Djibouti, May 25, 2015. The display was built to honor the memory of the men and women who have died in service to their country and was put together during the Memorial Day ceremony with pieces of equipment common to soldiers. (U.S. Air Force photo by Staff Sgt. Nathan Maysonet) 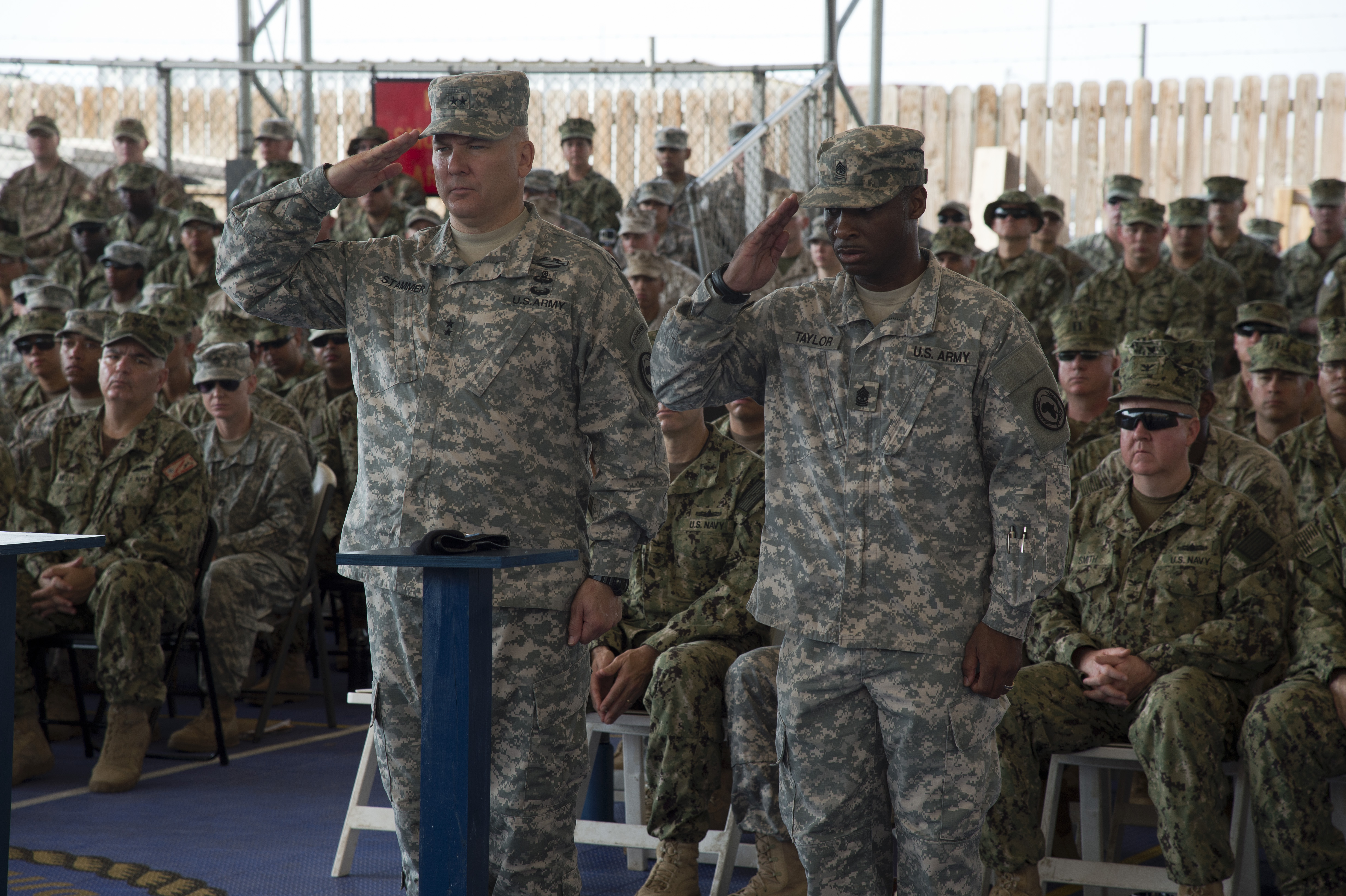 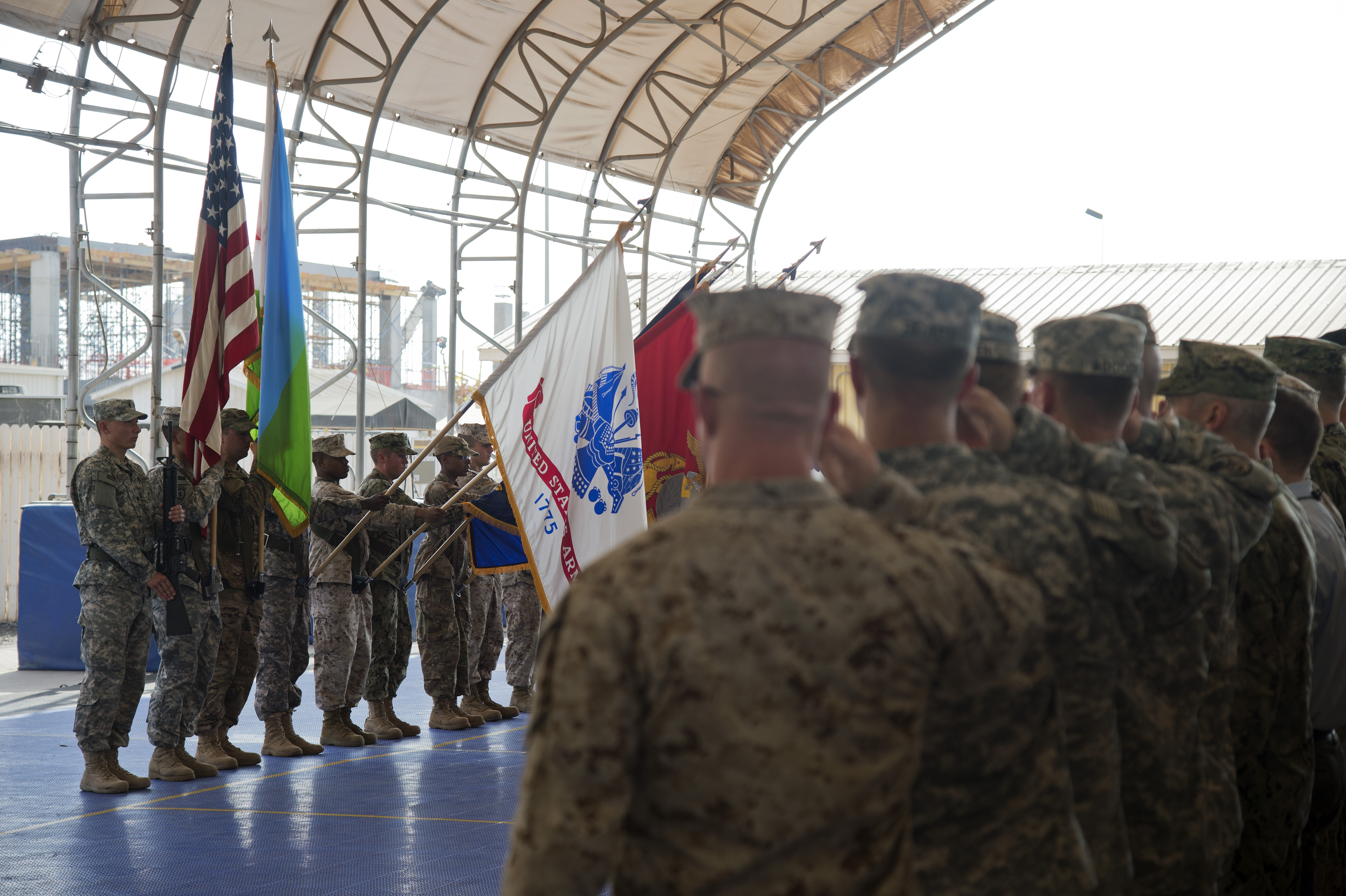 Service members assigned to Combined Joint Task Force-Horn of Africa paid tribute to the men and women who gave their lives in service to their country during a Memorial Day ceremony here May 25, 2015.

“I am deeply honored to stand among you today, as we gather to remember and honor those who have sacrificed so much for our country,” said Stammer.

The ceremony began with the CJTF-HOA joint service Honor Guard presenting the colors, followed by a moment of silence for the fallen.

The ceremony’s hallmark event included a presentation and display by the senior enlisted and senior officer of each service at CJTF-HOA who, together, approached one of the five podiums in front of the audience and placed their military branch’s service cap on it.

“I thank you, our nations’ latest generation of defenders, for joining me today to remember the fallen and to honor those families whose heroes have left us,” Stammer said. “We honor them in gratitude for the sacrifices they have endured and we honor their loved ones.”

After the ceremony concluded, a procession of dozens of service members lined up to individually pay their respects at the fallen warrior display.