Combined Joint Task Force - Horn of Africa Image Service members participate in a moment of silence during a 9/11 ceremony, to honor those who lost their lives in the terrorist attack against the United States. Around the world people took time to remember this day. (U.S. Navy photo by Mass Communication Specialist 1st class Drae Parker/Released) 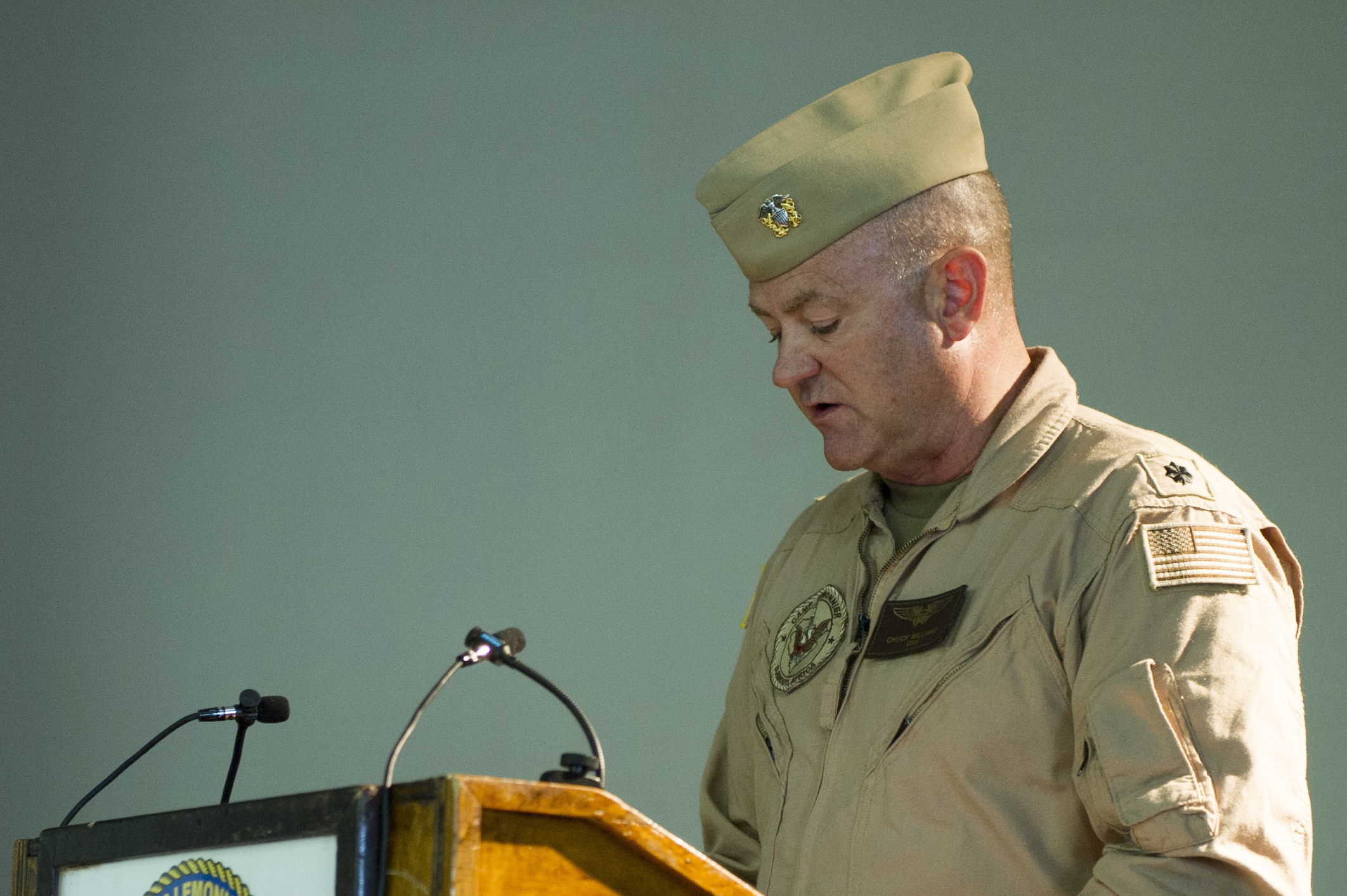 Combined Joint Task Force - Horn of Africa Image U.S. Navy Cmdr. Charles Williams talks about his personal experience during the 9/11 terrorist attack against the United States, and how it affected him. He lost his friend who worked at the Pentagon, when a plane crashed into the building. (U.S. Navy photo by Mass Communication Specialist 1st class Drae Parker/Released) 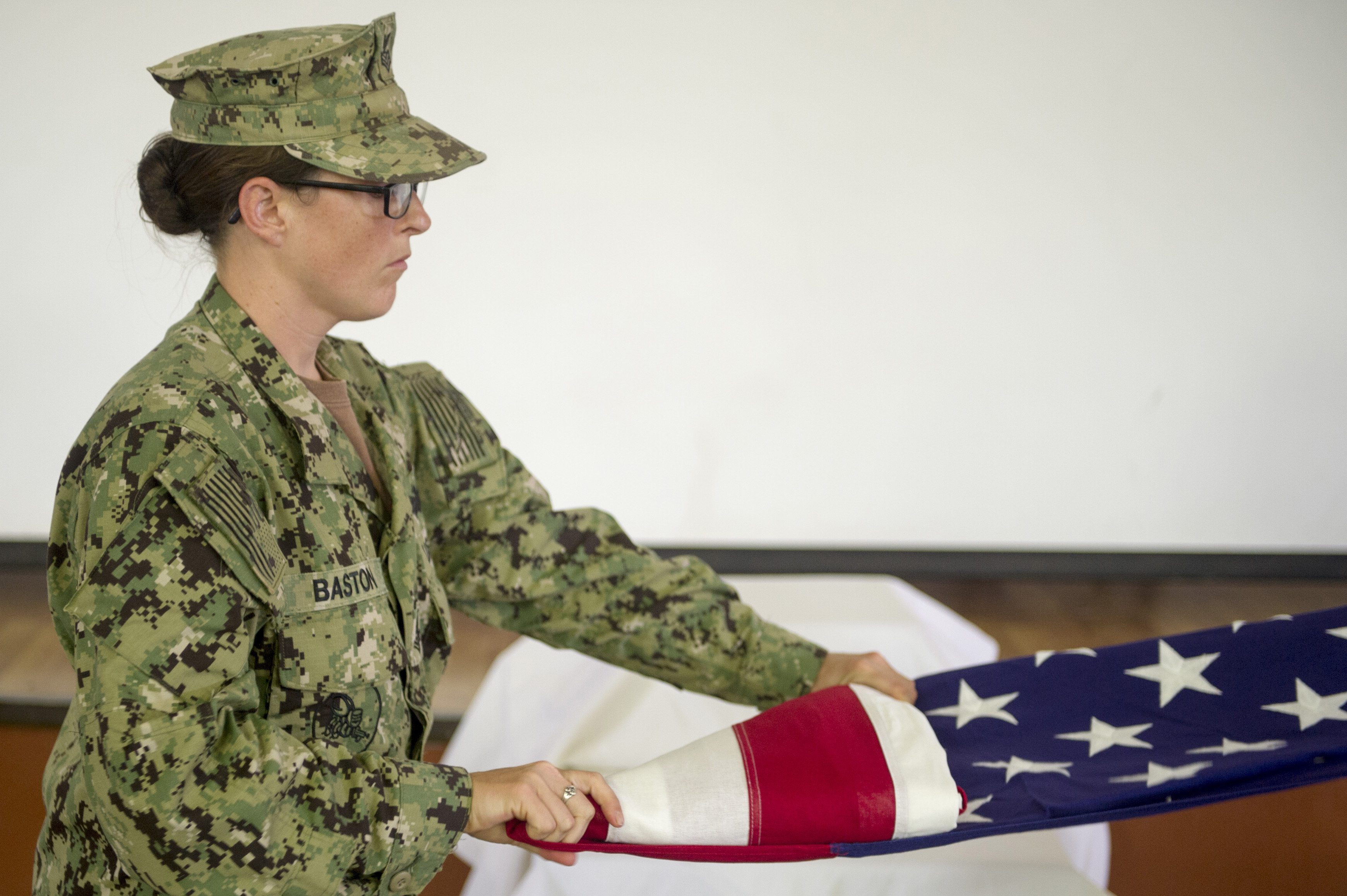 Today, members assigned to Combined Joint Task Force-Horn of Africa and Camp Lemonnier honored the lives of those who perished during the catastrophic events of Sept. 11, 2001.

On that day, four commercial airlines were hijacked: two slammed into the two towers of the World Trade Center in New York City, one smashed into the Pentagon military headquarters in Washington, D.C., and one crashed in a rural field in Pennsylvania.  Almost 3,000 people died that day-- a day U.S. Navy Cmdr. Charles Williams, Camp Lemonnier executive officer, said he would never forget.

“It was a normal Tuesday morning,” Williams said.  “As a nation, we were confident, optimistic and proud. I remember having no idea how dramatically the world would change over the next few hours.”

Williams watched the news as events unfolded that morning.  He said he watched in horror and shock as the planes struck the Twin Towers and the Pentagon.  The next day, he was called to serve as a Casualty Assistance Calls Officer in Washington, D.C., where he would work for the next 15 weeks.  During this time, he met Lt. Gen. John Van Alstyne, who challenged him and his colleagues to never refer to those lost as victims.

“I did not believe that would be possible for many,” Williams said, “The emotions were too raw—the wounds too deep to even say their names.  Today is a moment when the past is asking something of the future.  I ask you to accept the general’s challenge and revere their sacrifice. Say their names out loud.  Celebrate the lives of those we lost this day as heroes of a grateful nation.”

Speaking at the event was emotional for Williams because he lost a good friend when Flight 11 crashed into the Pentagon.  He spoke to him on the telephone, moments before.  Beyond those who were lost to the attacks, were the first responders and firefighters, who also lost their lives, while trying to save others.

Ken Sprague, Camp Lemonnier fire chief said when a firefighter dies, it is the mournful toll of the bell that solemnly announces a fellow brother’s passing.

“We utilize these traditions as symbols, which reflect honor and respect on those who have given so much and who have served so well,” Sprague said.  “To symbolize the devotion that these brave souls had for their duty, a special signal of three rings of the bell represents the end of the firefighter’s duties, and that they will be returning to quarters.  We honor, remember, and signal your return home.”