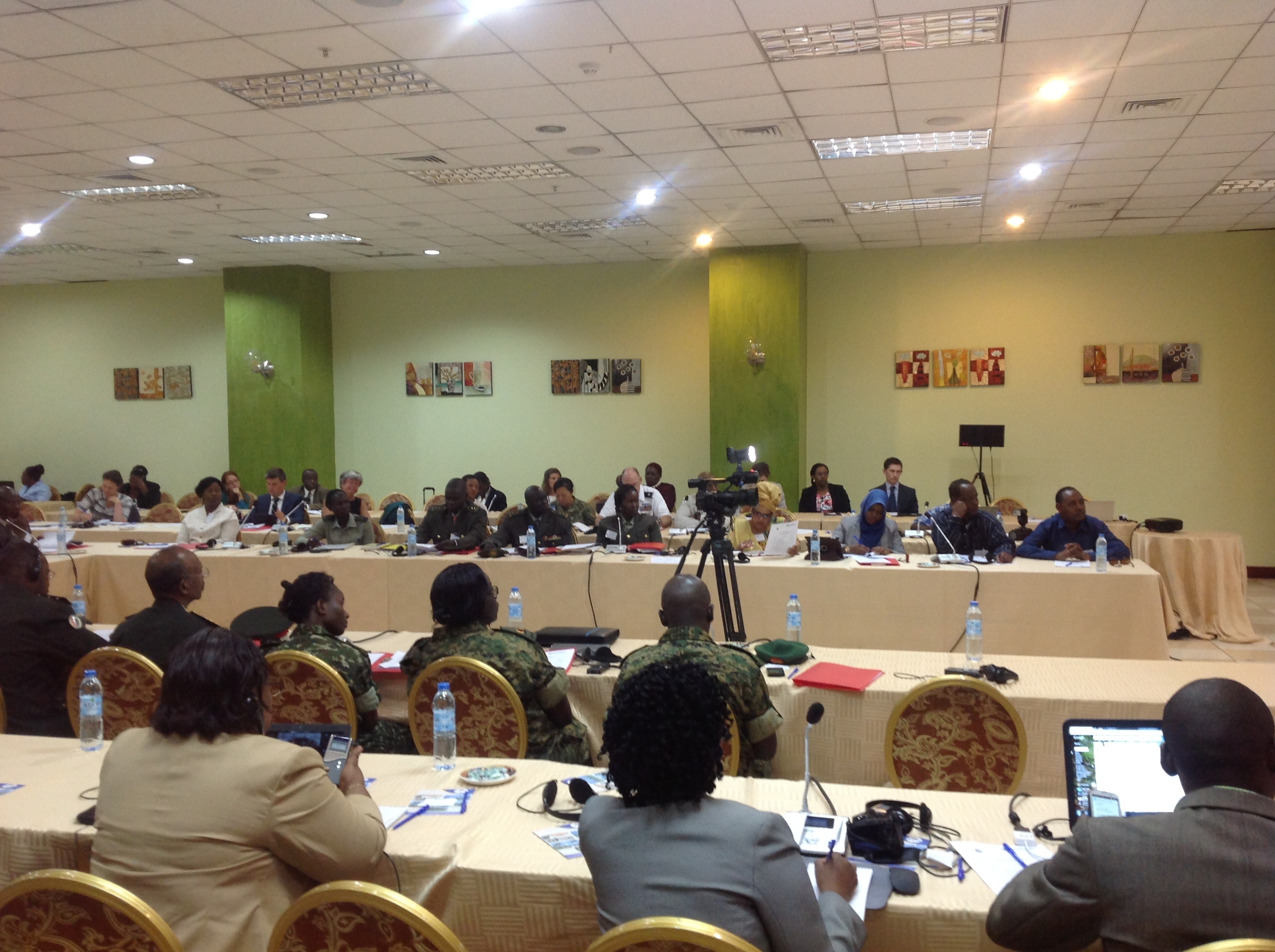 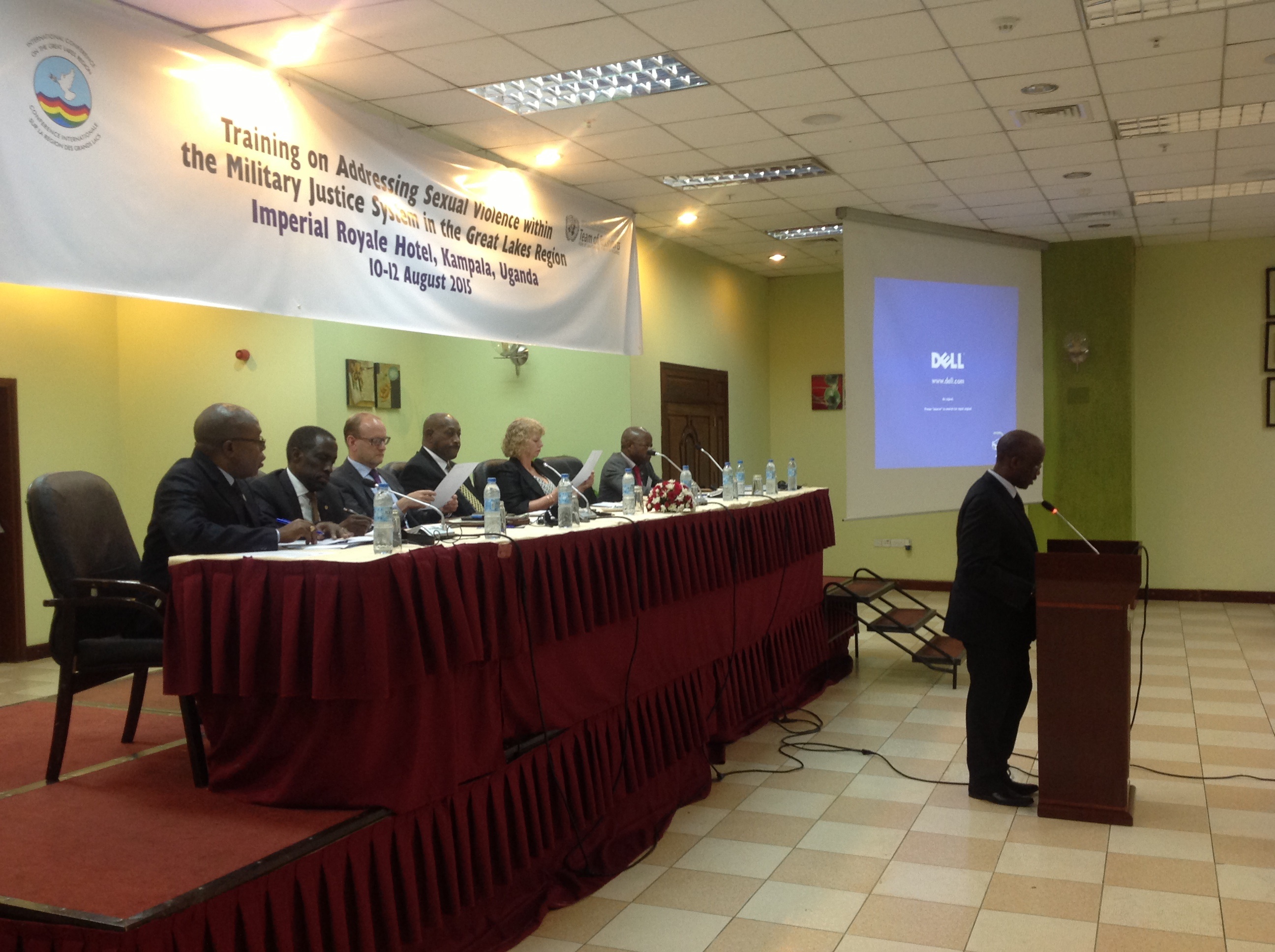 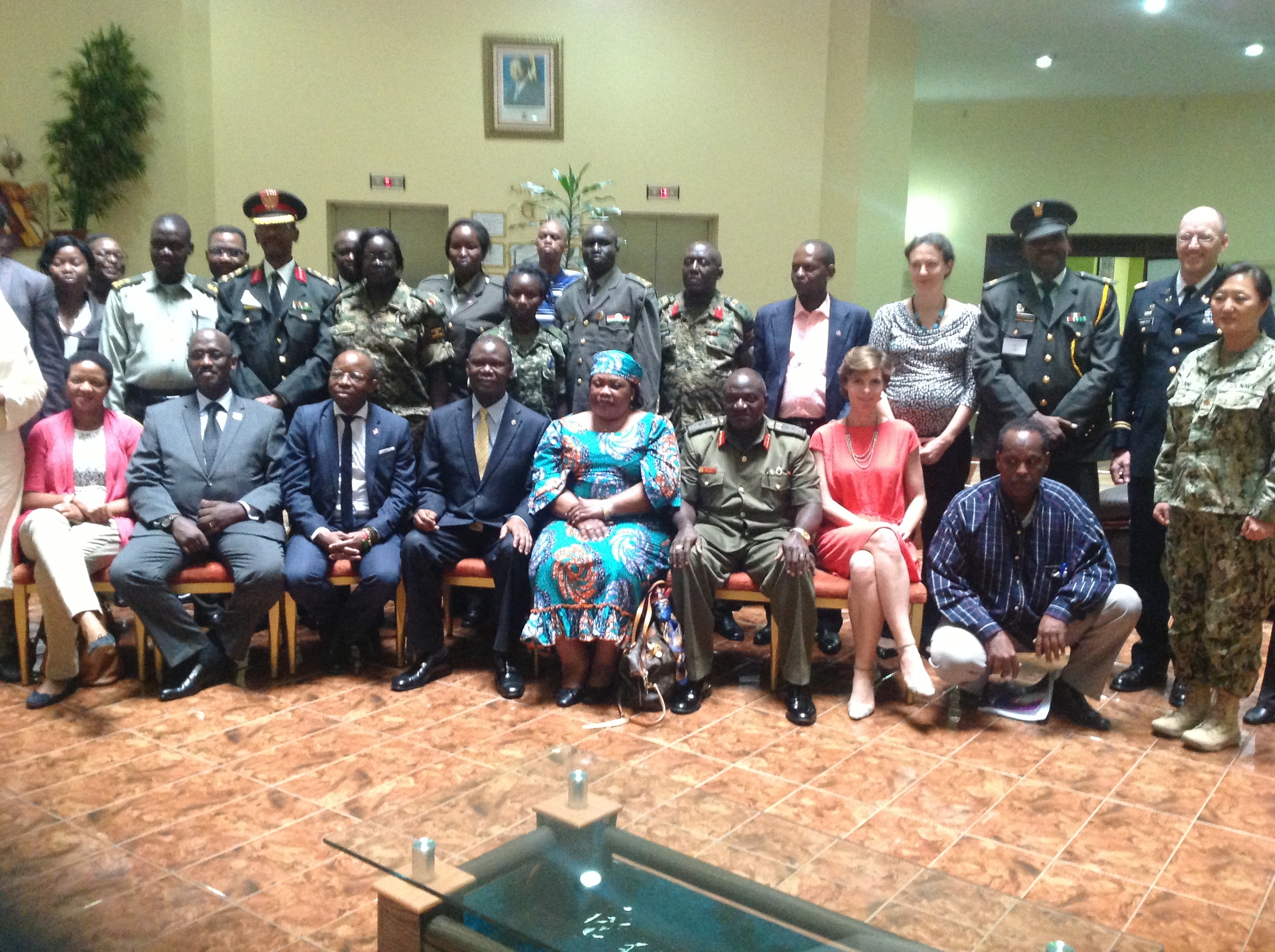 According to the ICGLR, the Great Lakes Region in Africa has a history where sexual violence against women and children has been used as a weapon of war.  In an effort to combat these crimes, approximately 25 members of the military justice system, which included prosecutors, police units, judicial officers, social workers and medical officers, learned about how to address sexual violence, in order to strengthen the capacity of military justice systems to investigate and prosecute cases of sexual violence and related offences.

“The training made military officers aware of the elements of sexual violence and provided standards on how such crimes should be handled when they occur,” said Uganda People’s Defense Force Col. Godard Busingye, Legal Services deputy chief.  “Overall, the training improved the capacity of the military to handle sexual violence crimes in their jurisdictions. My country's record in handling sexual violence crimes will improve, because occurrence of such crimes will, where possible, be nipped in the bud, and where they have occurred, be handled expeditiously and in a more transparent manner.”

U.S. Navy Lt. Cmdr. Stella Lane, Combined Joint Task Force-Horn of Africa deputy staff judge advocate, gave a presentation on admissibility of evidence—what kind of evidence could be used in court and how to use that evidence.

“The people who attended are prosecutors,” she said.  “This training gave them the practical tools to prosecute these crimes. Just because you have a piece of evidence, doesn’t mean you can always admit it in court, so you need to know what kind of evidence you have, and what issues that might come up.”

Lane said she believes that collaborating with CJTF-HOA’s partner nations allows for open dialogue on how to tackle this devastating problem.

“It was important for us to participate and contribute to the nation’s ability to investigate and prosecute these crimes, which is important for providing security in that area,” she said.  “I hope the participants walked away with better practical tools, resources they can reach out to and people they can talk to in the area.”

Busingye said he was grateful to learn from CJTF-HOA personnel and thinks this collaboration has had a positive impact on The Republic of Uganda.

“The training will definitely improve the working relations with CJTF-HOA,” Busingye said. “Already we are discussing cooperation arrangements for enhanced cooperation in training between CJTF-HOA and UPDF lawyers, which we are looking forward to.”