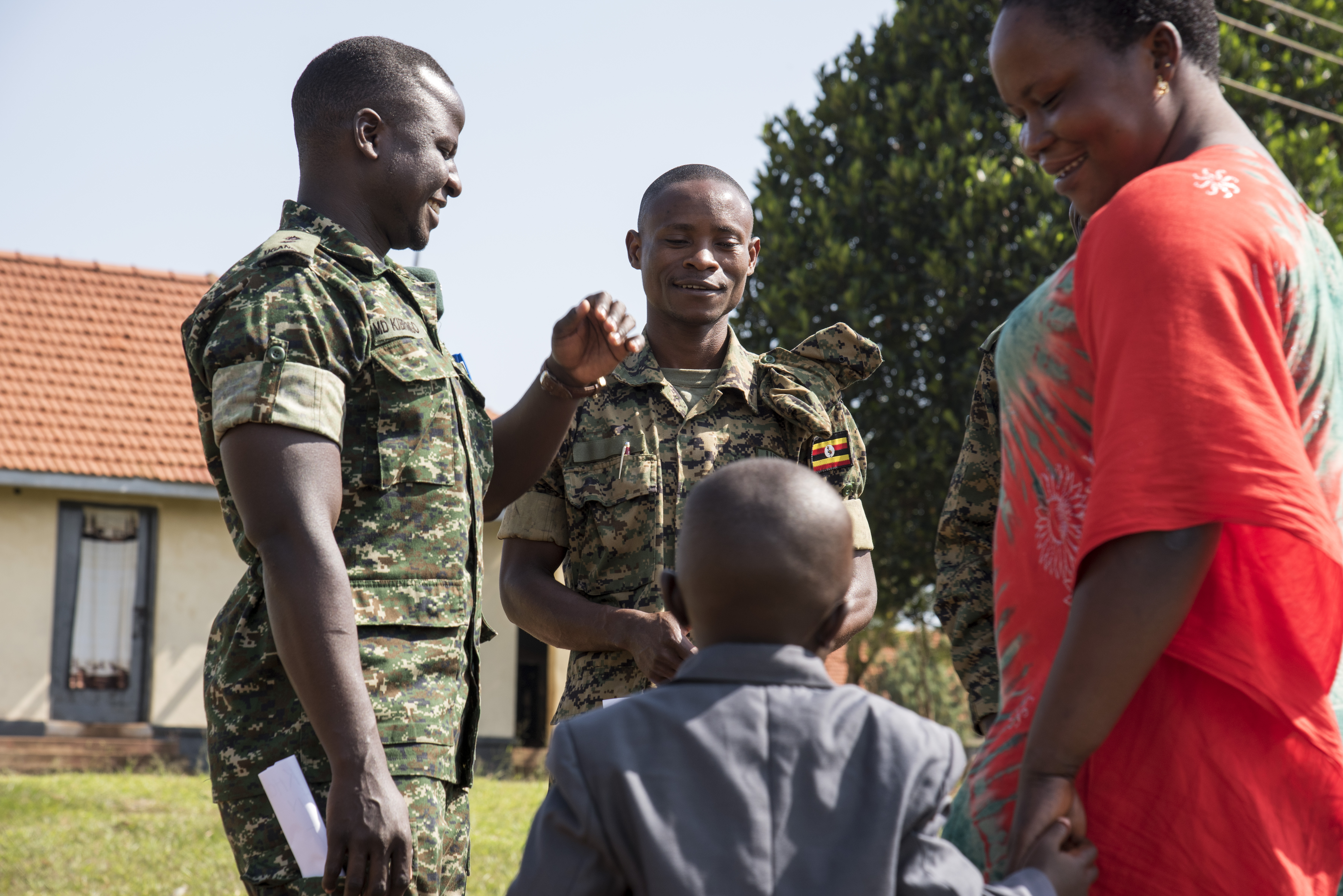 Combined Joint Task Force - Horn of Africa Image Members of the Uganda People’s Defense Force (UPDF) speak to a mother and her child during an information operations field exercise hosted by personnel from Combined Joint Task Force-Horn of Africa, in Jinja, Uganda, recently. During the multi-week course on message planning and dissemination, attendees learned how to engage persons in face-to-face communications in order to disseminate messages on health and wellness, emergency services, and to counter violent extremist organization propaganda. (U.S. Air Force photo by Staff Sgt. Nathan Maysonet) 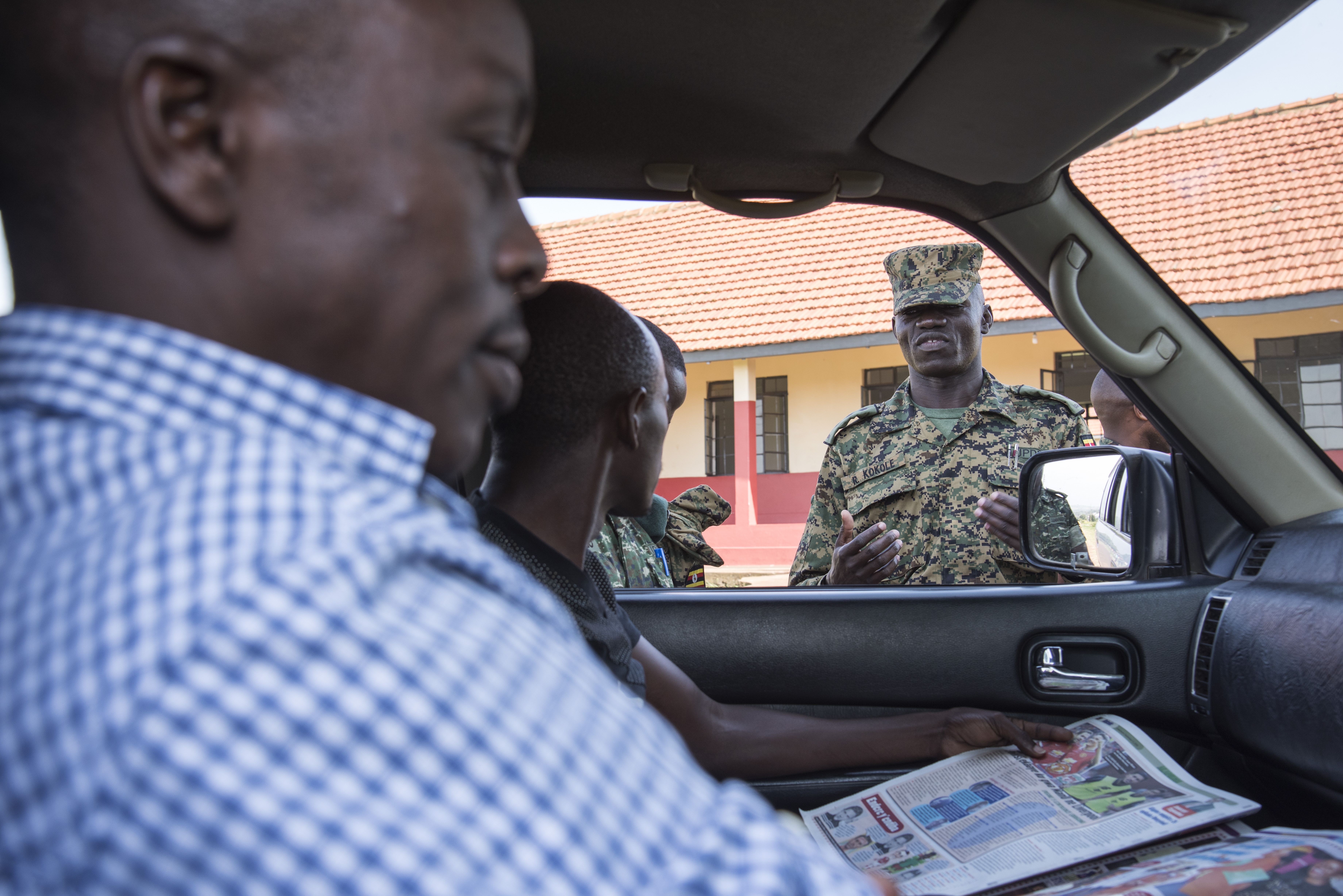 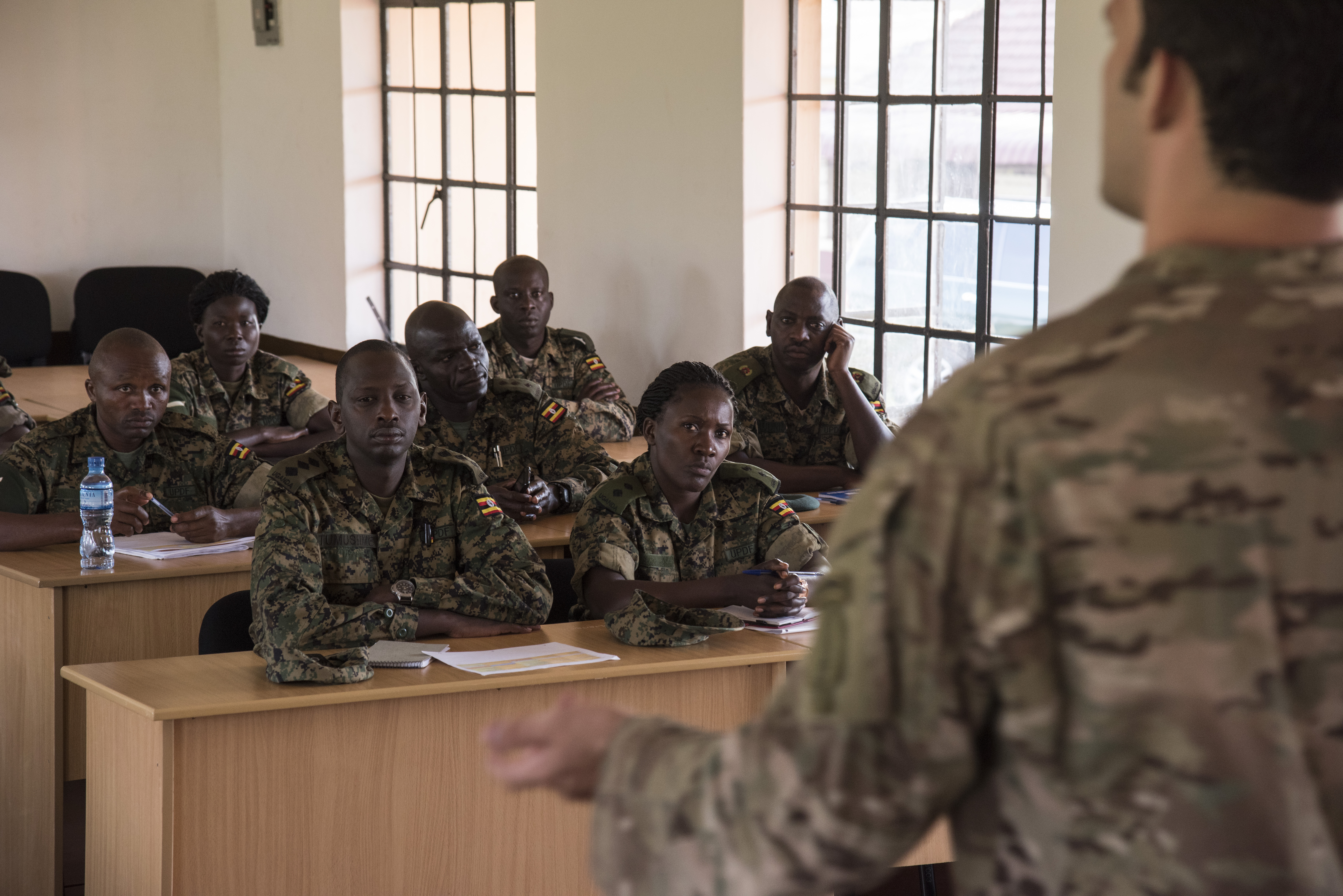 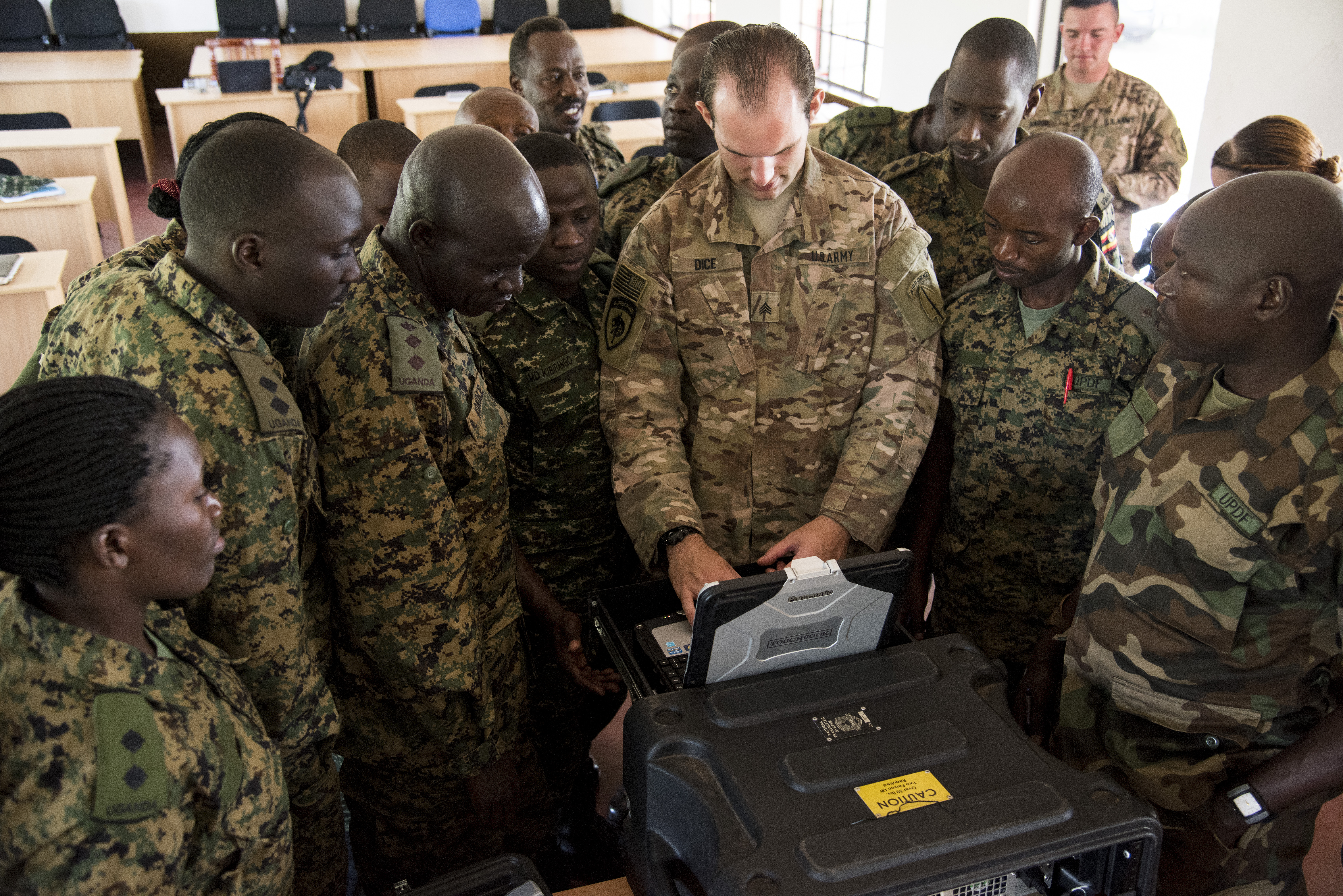 Combined Joint Task Force - Horn of Africa Image U.S. Army Sgt. Zechariah Dice, information operations course instructor, shows Uganda People’s Defense Force (UPDF) personnel how to use a tactical transmitter system during an information operations course at Jinja, Uganda, recently. Its use was part of a course designed to help the UPDF develop their ability to plan and disseminate information to civilians and violent extremist organizations to inform and reduce the need for force. (U.S. Air Force photo by Staff Sgt. Nathan Maysonet) 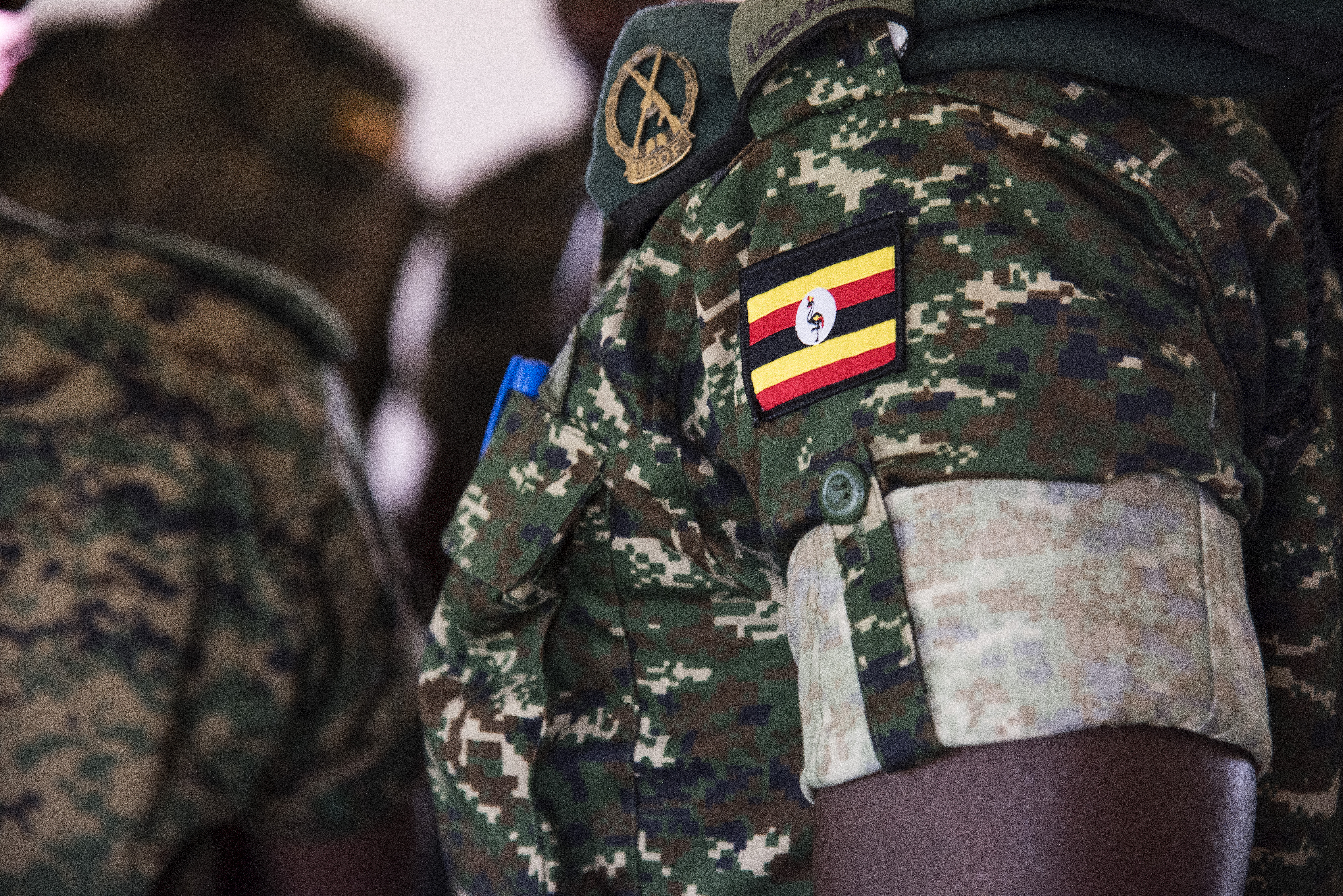 JINJA, Uganda – Militaries have a variety of tools and weapons at their disposal to help them defeat their enemies and achieve their nation’s goals.

In the ongoing battle to defeat violent extremist groups, honest face-to-face communication between soldiers and civilian populations can often have more of an effect in stopping terrorism than bullets or bombs.

“This is an important course because it helps us support commanders solve certain problems or engage the enemy, not through fighting, but by reducing the use of weapons,” said UPDF Capt. Cox Russels Kokole, information officer. “We will be able to send messages to our adversaries to see if they can be engaged in a more peaceful way.”

The multi-week course covered a variety of skills and technologies that UPDF personnel could use to disseminate messages.

Everything from simply walking into communities and performing face-to-face discussions with people on the street, to tactical radio operations was covered in the course.

“The training is basically to help the commanders at the strategic level of the military influence attitudes to support our efforts,” said UPDF Lt. Col. David Gonyi, director of information operations. “In most cases, we use a lot of resources in situations where we probably could have used less, or even no resources at all, so we think this training is very necessary and important.”

According to Gonyi, who is tasked with developing his nation’s information operations, balancing theoretical classroom discussions with hands-on practical exercises has been key to the student’s success in the course.

“What I like about this training is that you get the theoretical parts and then go out and practice it,” Gonyi said. “If you asked me to go out and talk to people in this area about going for HIV testing I could plan it on paper, but if you don’t take me out to practice it then when the time comes for me to go out and work I may not be able to do it as it’s suppose to be. So the most important part is to learn the theory and then do the practice.”

For a country like Uganda, which has military forces operating in several countries, including as a part of the African Union Mission in Somalia (AMISOM), the ability to communicate to populations affected by conflict is critical to sustained operations.

“The UPDF has forces in the Congo, South Sudan and Somalia, where the threat of terrorism is real, and it’s expanding,” said Gonyi. “In most of these areas we are going into new environments. If you want to go in and only use military force, you need a lot of resources and equipment, but if you send two or three people with a message, and they can engage the leaders and are able to get people to support what you are going to do, it’s much better. We think this is going to be very important in supporting operations the UPDF are involved in.”

Cooperation between the U.S. and Ugandan military is not new, and this program is the latest in a long line of successful joint efforts between the two countries.

“We very much want to see more cooperation,” Kokole said. “Be it at whatever level, strategic or tactical, we appreciate all the things you have done.”