Combined Joint Task Force - Horn of Africa Image Members of the Djibouti Armed Forces (FAD) learn how set up the iRobot 510 Packbot during a class in Djibouti, Oct. 12, 2015. Service members also learned how to use the robot to search under vehicles for explosive devices. (U.S. Air Force photo by Staff Sgt. Maria Bowman) 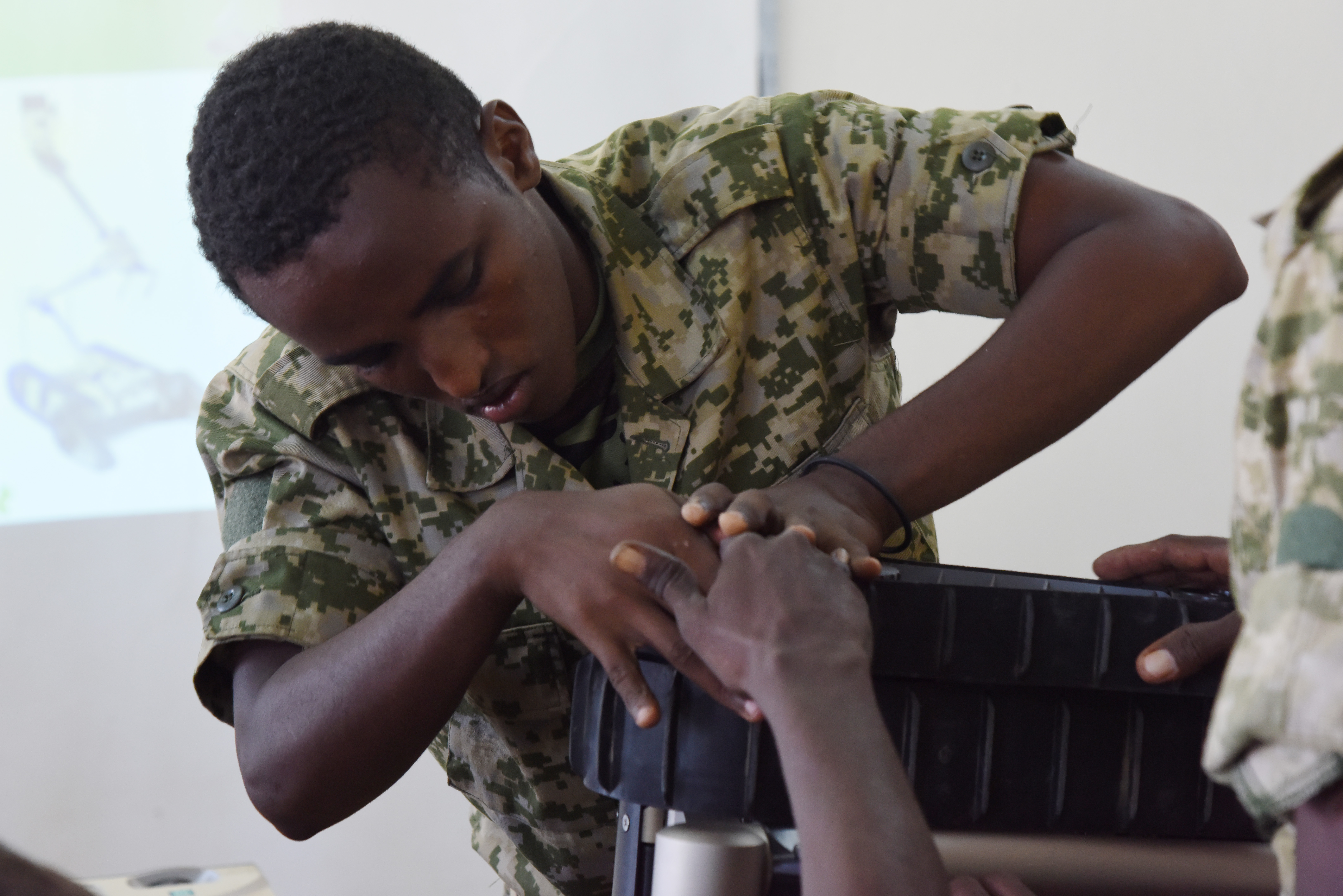 Combined Joint Task Force - Horn of Africa Image Members of the Djibouti Armed Forces (FAD) learn how set up the iRobot 510 Packbot during a class in Djibouti, Oct. 12, 2015. The service members also learned how to use the robot to search under vehicles for explosive devices. (U.S. Air Force photo by Staff Sgt. Maria Bowman) 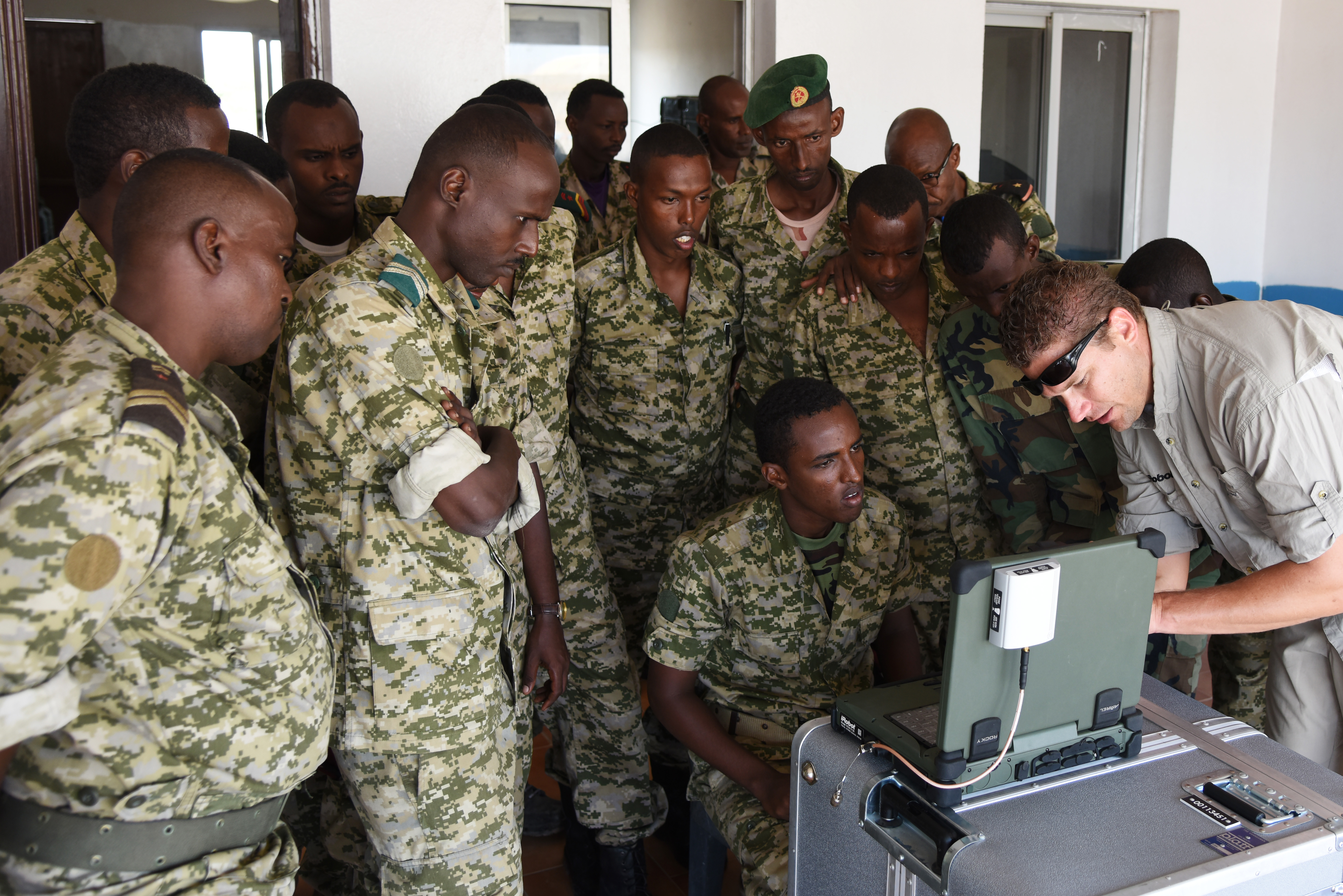 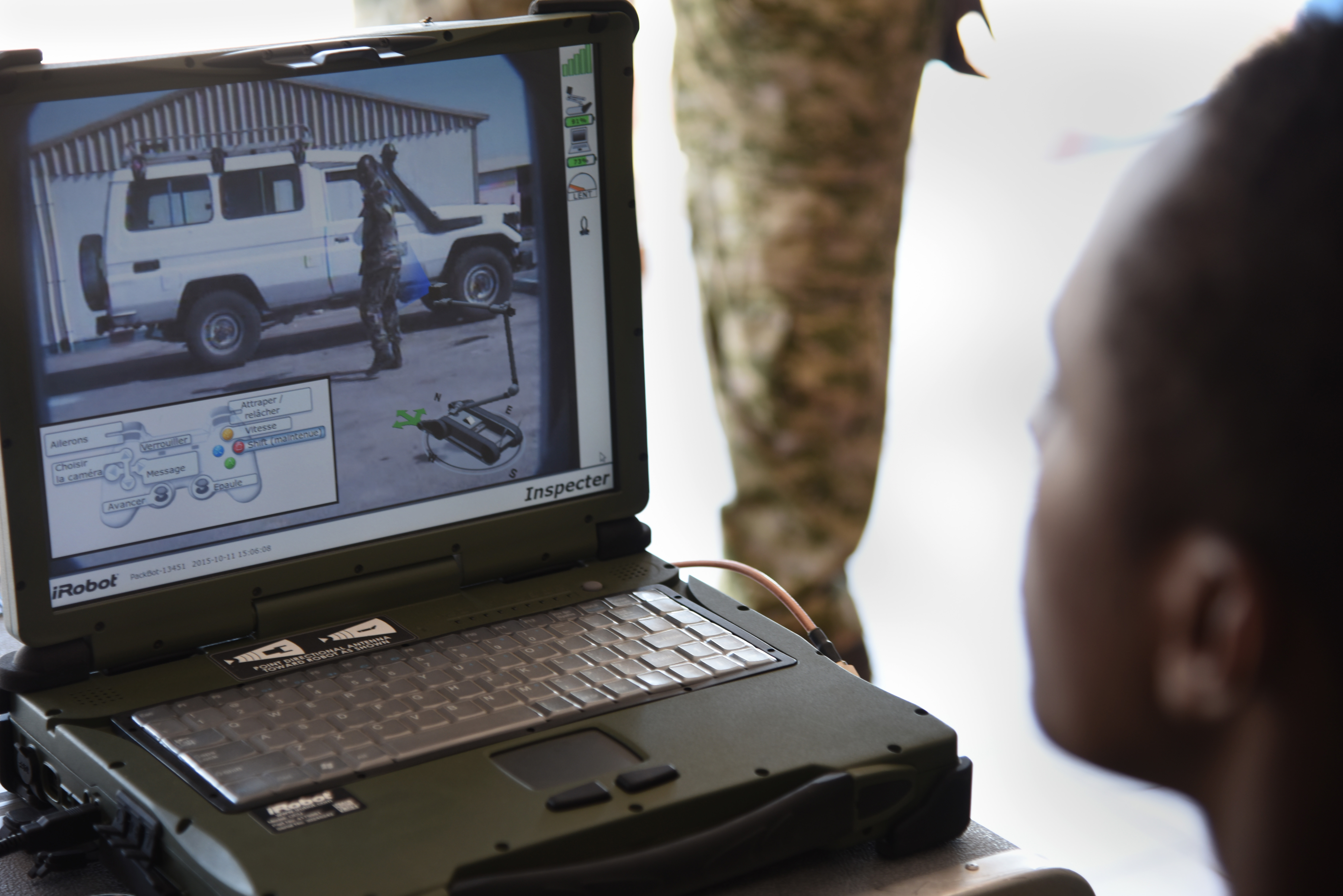 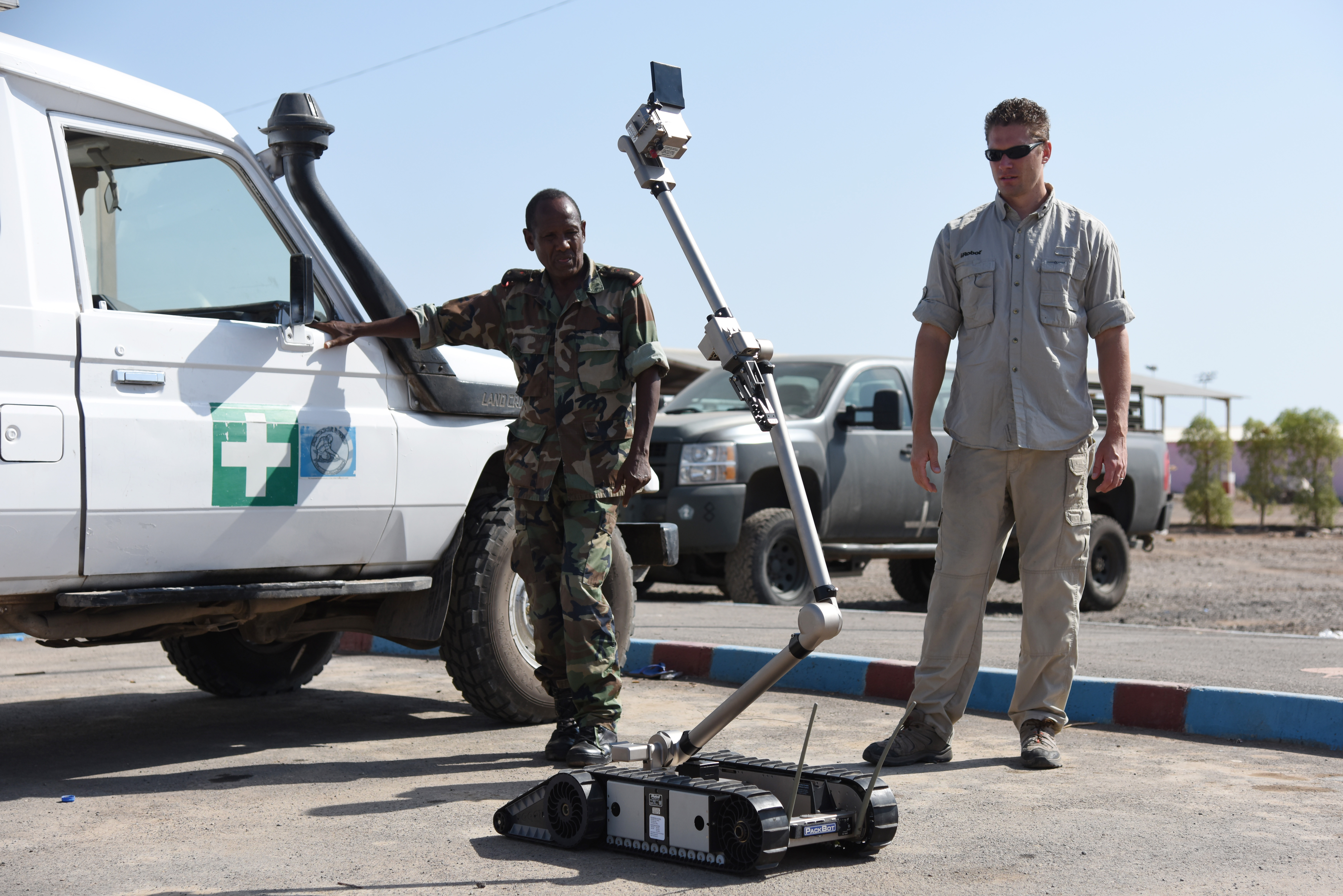 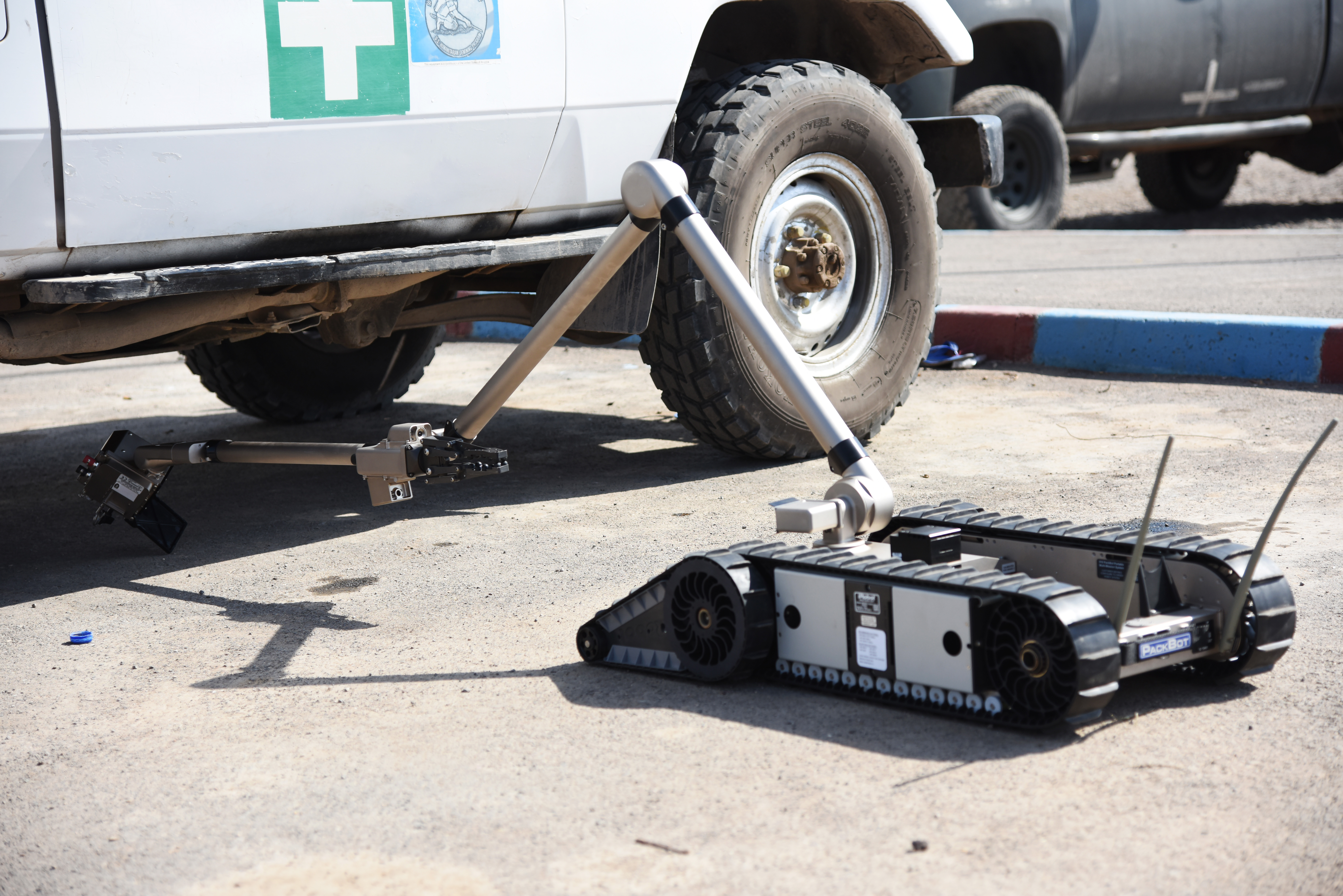 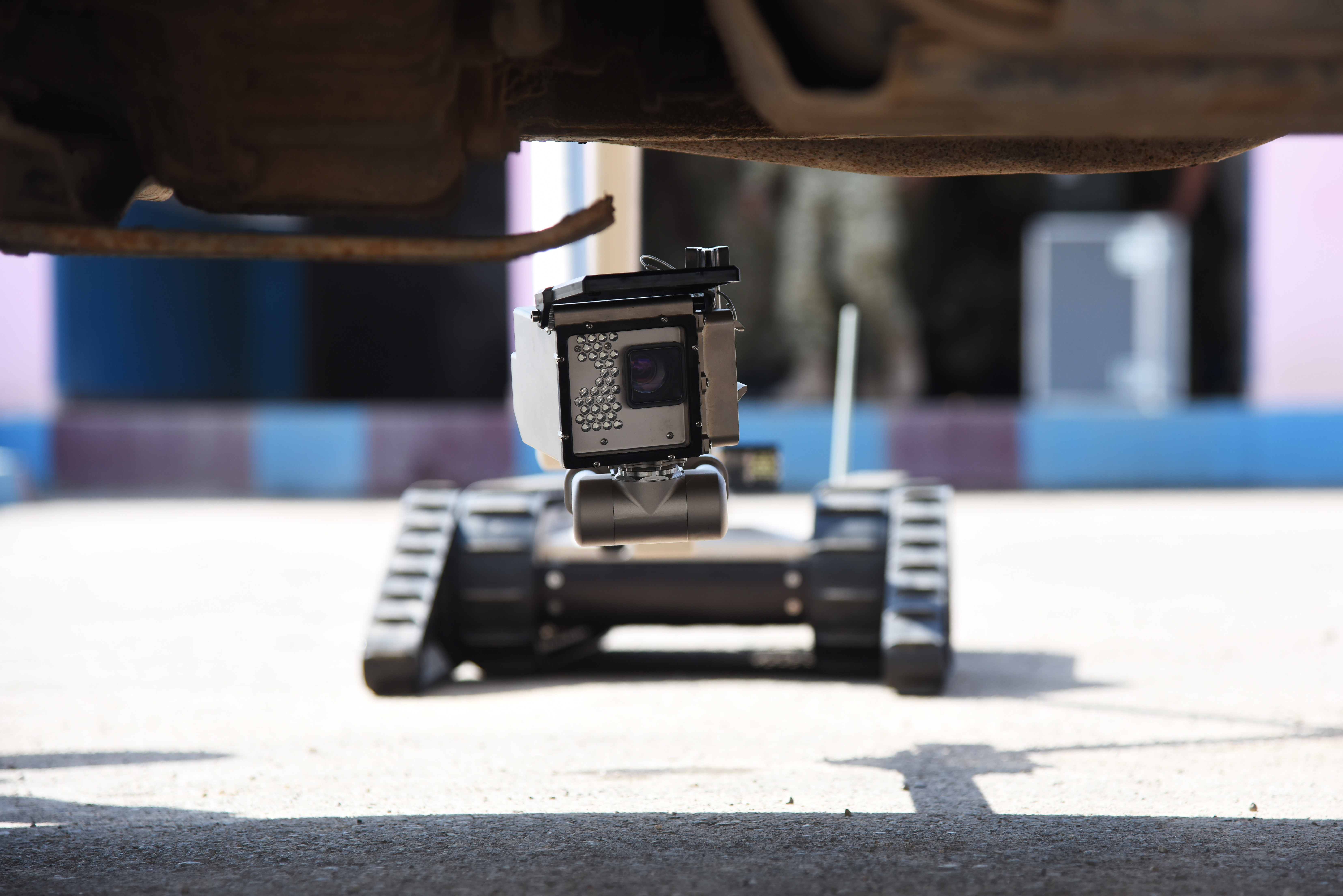 The ability to use technology to safely search for and inspect explosive devices is a critical skill for explosive ordnance disposal technicians, and now members of the Djibouti Armed Forces (FAD) are gaining the technology and ability.

FAD and U.S. Navy EOD technicians worked together recently during a course to learn how to use the iRobot 510 Packbot, which will provide the FAD with a safer method for inspecting potentially dangerous materials.

“This is very important because the iRobot can observe what’s inside a vehicle or room,” said FAD 2nd Lt. Ahmed Ismail Idriss. “We didn’t have this kind of device before. When we checked a car or train, we used a mirror. Now, it is very easy to detect mines or explosives.”

The robot can be used to check vehicles, clear routes and buildings, go into confined spaces, and enables EOD technicians to safely determine best course of action when encountering a suspected device.

“Without the robot, they are sending a person to investigate and take care of an IED,” said Explosive Ordnance Disposal Warfare Specialist Senior Chief Kevin Borkowski, Combined Joint Task Force-Horn of Africa Counter Improvised Explosive Device N5 Future Operations officer and course facilitator.  “With this robot, they can send a piece of equipment instead of a human being—it will help save lives.”

During the course, attendees learned how to use a computer, control the robot, and use the attached camera to see over or under obstacles.

“We taught the basic operator course to engineers and showed them basic concepts on how to use the robot,” said Joseph Brunette, iRobot instructor. “We want to leave them with enough knowledge that they can teach themselves when we leave.  We introduced them to advanced features so, when they become proficient with the system, they will know the full potential of the robot.  It’s great that the Navy EOD technicians were watching this training, because they are going to be provided this equipment in a few months.”

While this is not the first robot instructional course for U.S. service members, for many FAD troops, this is a new experience with this type of technology.

“Our goal was to make them comfortable with the robot, so they will take and train with it on their own,” said Borkowski. “We’re trying to build this capability with the FAD. It’s a new tool and a lot more technology than they are used to.  We’re starting off slow, teaching them how to use the robot first. There are a lot of bells and whistles on this robot.  We’re teaching them how to use it and maintain it. “

Now that attendees have learned how to use the iRobot, the FAD will be able to search for explosive devices in a much safer way.

“This course is very interesting,” said FAD Warrant Officer 2nd Class Mohamed Haissama.  “Everybody is happy to get the course. The robot is very important for IED operations.  My favorite point is using the robot for personnel safety; we can use the robot in every dangerous area.”