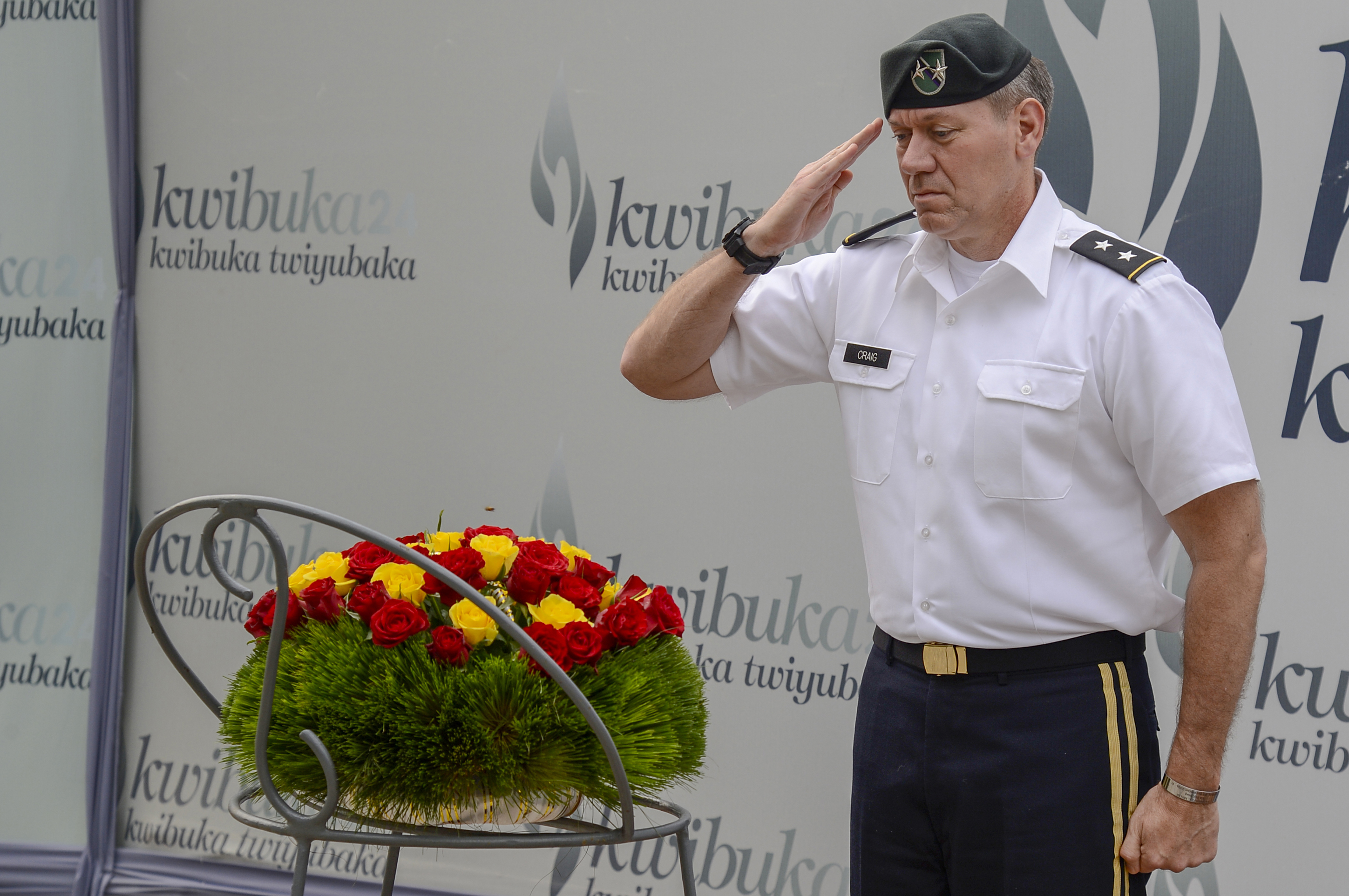 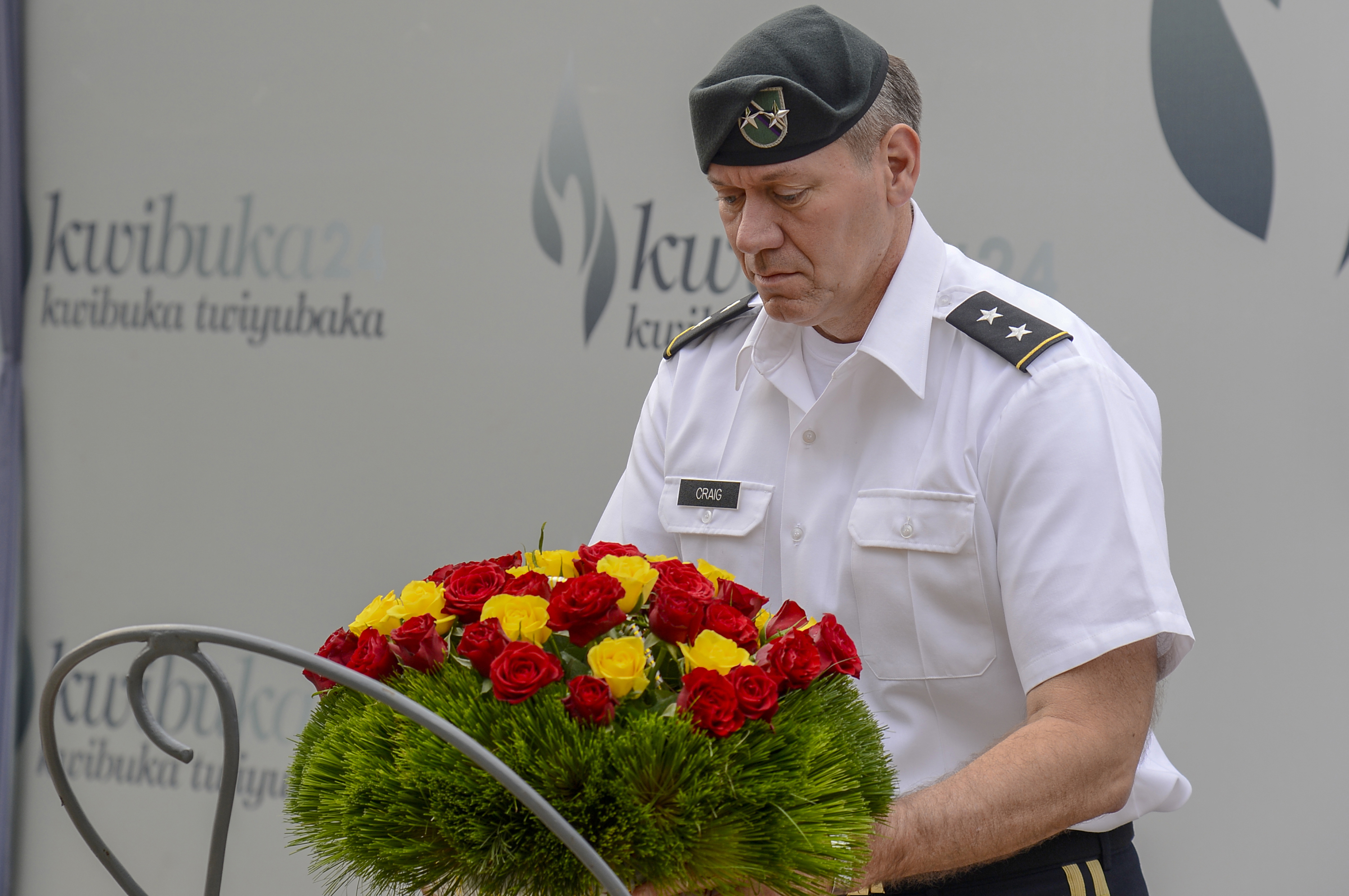 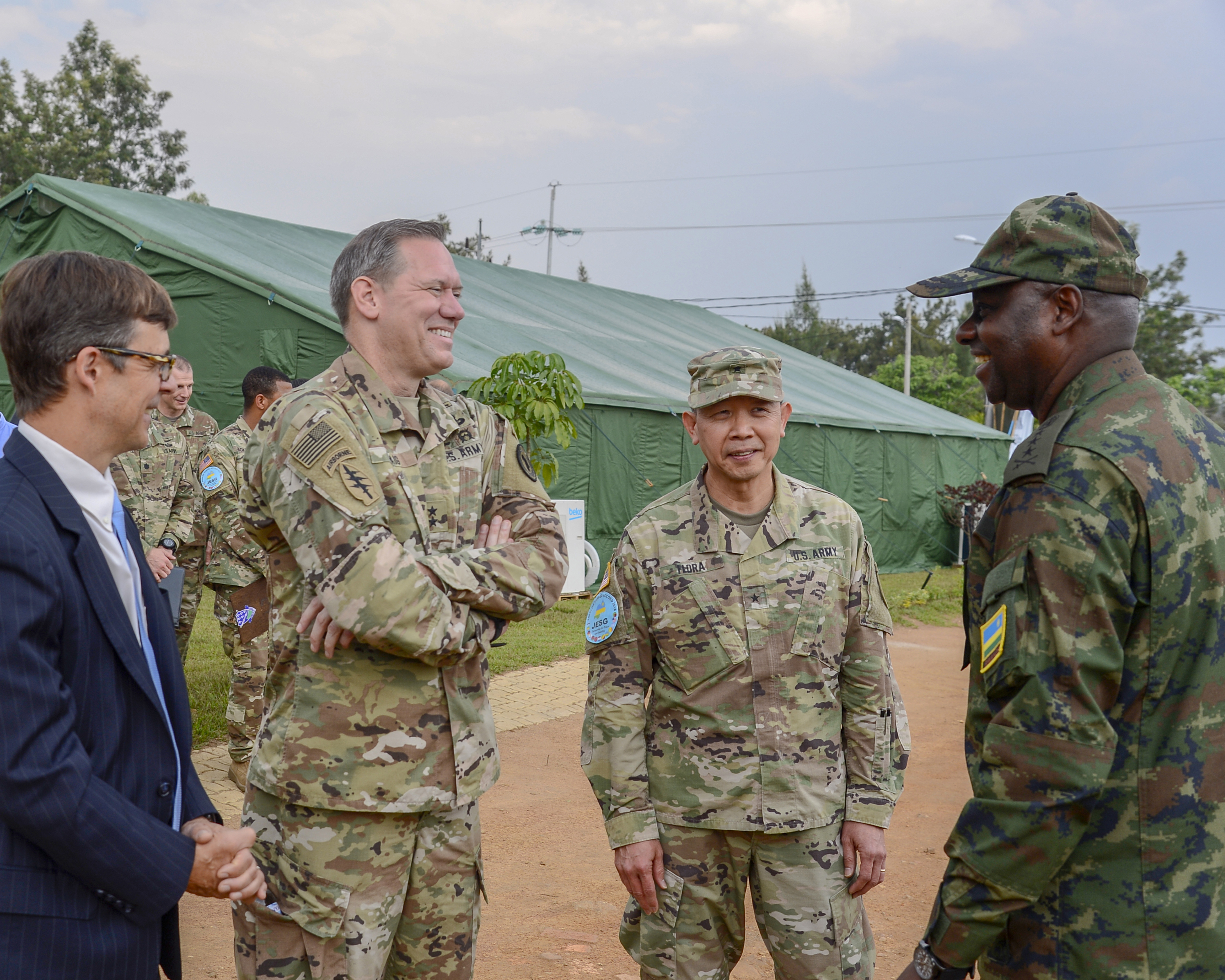 Craig kicked off his visit by attending the closing ceremony of Shared Accord 2018, a U.S. Army Africa exercise intended to enhance the capabilities of U.S. and African Forces in performance of peacekeeping operations.

While in Kigali, Craig laid a wreath on the tomb of 250,000 victims of the 1994 genocide at the Kigali Genocide Memorial Centre. Following the laying of the wreath, he was given a tour of the centre by a survivor of the Rwandan genocide. During the genocide, more than 800,000 people died. Twenty-four years later, the people of Rwanda promote a culture of unity.

“The Kigali Genocide Memorial was an incredibly sobering reminder of what mankind can do to each other,” said Craig, “It is a learning point not just for the Rwandans but for everyone to work to ensure that an event like that is prevented from ever happening again.”

Following the tour, Craig paid a visit to the U.S. Embassy for a meeting with the U.S. Ambassador to Rwanda, the Honorable Peter Vrooman.

Craig’s final visit was to the Rwanda Ministry of Defense for a meeting with Rwanda Defense Force (RDF) Lt. Gen. Jacques Musemkaweli, Rwanda chief of defense, to familiarize Rwandan military leaders with CJTF-HOA.

A prime component of the CJTF-HOA mission is to help improve the defense capability and capacity among its East African partners.

The command conducts military-to-military engagements, key leader engagements, and civil-military operations to promote security and stability and to counter violent extremism in the region.