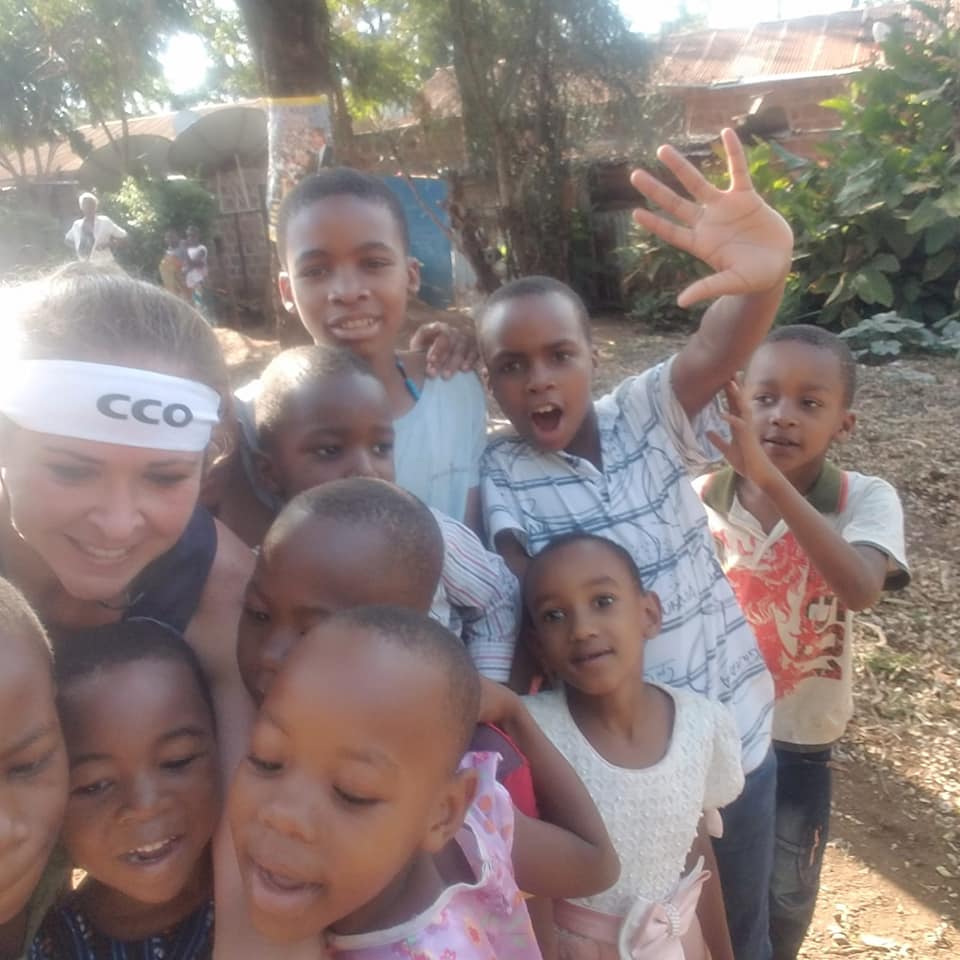 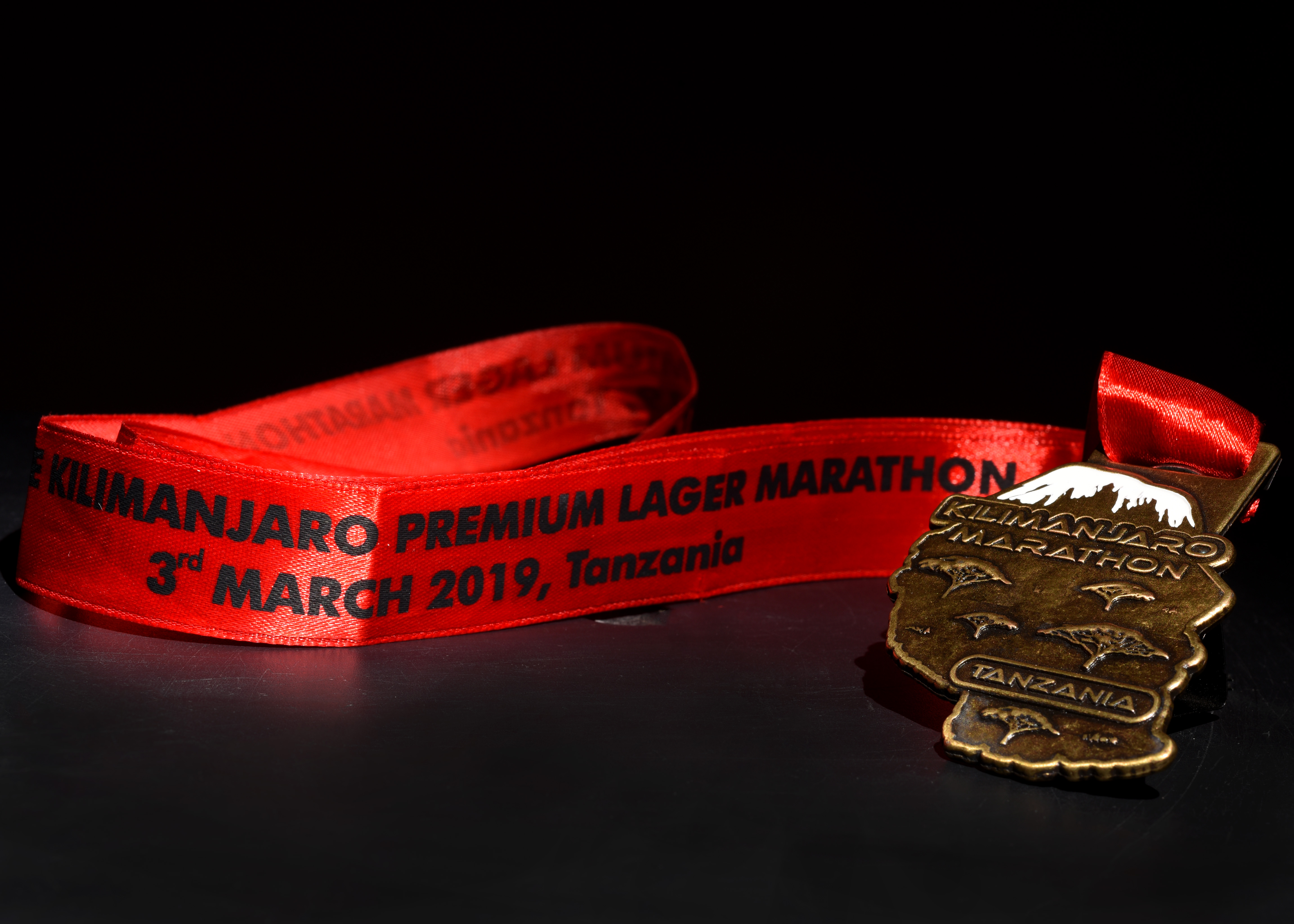 COMBINED JOINT TASK FORCE-HORN OF AFRICA, Djibouti – For some service members, running is a way to challenge and push their body to its limit. Being assigned to Combined Joint Task Force-Horn of Africa (CJTF-HOA) provides a unique terrain in which to exercise that challenge. Two Soldiers took it one step further and decided to complete a marathon in one of Africa’s highest mountains.

For the last sixteen years, the town of Moshi, Tanzania, has hosted runners from around the world. The 42.2-kilometer route runs around areas of Mount Kilimanjaro, which is Africa’s highest mountain at 5,895 meters.

This year, on March 3, two U.S. Army Soldiers assigned to Combined Joint Task Force-Horn of Africa (CJTF-HOA) joined nearly one thousand runners from 50 countries to participate in the ‘Kili’ as it’s called by locals.

“This marathon has been described by others as one of the most difficult marathons in the world,” said U.S. Army Capt. David Picchi, a contingency contracting officer assigned to CJTF-HOA, who ran the race. “That’s based on the fact that there is such an interesting amount of elevation change combined with the different surfaces you run on. I’m not going to deny it; there were points where you run downhill but then might walk uphill. It was a hard race.”

To prepare for this race, Picchi, along with his running teammate, U.S. Army Staff Sgt. Jennifer Mead, a contingency contracting officer and field ordering officer manager assigned to CJTF-HOA, had to train four days a week for four months.

“I set up a training plan to work on speed and long runs,” said Mead. “On Tuesdays, we ran the 5K to work on speed. Wednesdays were quarter mile intervals. Fridays we did a couple laps, and Sundays was a long run that started at 10 miles. Every Sunday, I would up the miles by two, and we got all the way into the 20s. About a week out, I tapered that down to about five miles. I knew this was Capt. Picchi’s first one, so I wanted to make sure that he was going to be able to finish the marathon.”

Picchi and Mead, who are both members of the Illinois Army National Guard Running Team, and deployed from Camp Lincoln, Springfield, Illinois, relied on each other to get through the marathon.

“I really think Staff Sgt. Mead helped me more than I helped her,” said Picchi. “It’s just running, but it’s a lot of it. It’s super beneficial to have somebody there to keep you going, especially when your legs start to hurt, and you just want to slow down or take a break. We relied on each other to keep pushing a little bit harder.”

Mead reiterated how beneficial it was to run with a teammate.

“Having him there to keep me accountable kept me solid,” said Mead. “I needed to get out there and run. The buddy system of having someone running with you was a big help for us both.”

The runners completed the marathon in 5 hours, 15 minutes.

“Seeing as this is my first full marathon it was neat to cross that finish line,” said Picchi. “It was cool to see the crowd with everyone taking pictures and cheering you on. I was really happy it was over. It was a sense of relief and accomplishment. Getting that medal put around your neck is a pretty awesome feeling.”

It may have been Picchi’s first full marathon, but for Mead this was her eighth. Participating in events like this can enhance partner relations between the U.S. and African nations.

“I started running back in the states as a member of the Illinois National Guard Running Team, which we do to support the guard, so this run was a personal goal for myself,” said Mead. “This marathon was important to me because it was my first international one. It’s been on my bucket list to do one internationally, and just to be able to be with the community as far as Ugandans, Tanzanians and the kids, was great. Just to be able to show support for the military in a positive way, that was important to me.”

With the Kilimanjaro Marathon now scratched off her bucket list, Mead will focus on future races, in which to participate.

“I have a marathon in Milwaukee in October, Philadelphia in November, and then I will hopefully be doing the Boston Marathon in 2020,” said Mead.

She encourages future runners at CJTF-HOA to partake in the marathon if the opportunity presents itself.

“If you’re thinking about running in the Kilimanjaro Marathon, just do it,” said Mead. “Just sign up for it, and go. Don’t worry about your time, how long it is or how difficult it may seem. Go for the experience more than your time. You won’t regret it.”