During the ceremony, Salazar, a Kansas City, Missouri native, was recognized by CJTF-HOA’s second-in-command for acts of heroism occurring September 1, 2010, in Uganda where, by invite of the CJTF-HOA partner nation, Salazar’s company was traveling through Uganda’s Moroto District to meet members of the Ugandan People’s Defense Force (UPDF).

“We decided to cross a stream when one of our trucks stalled in the middle,” Salazar said. “We backed our trucks out, found a rope, and attached it to the stalled trucks’ hitch. Before we knew it, the water was up to the doors of the truck.”

“As we were trying to pull them out, the truck just started floating away,” Salazar said. “The UPDF soldier climbed out the back window and safely jumped out to us.”

However, the rope broke as the soldiers tried to pull the vehicle from the stream, and Alexander was swept downstream with the truck.

As the vehicle floated out of reach, Salazar grabbed the remnants of the rope and sprinted along the riverbank parallel to the truck until it was trapped by mud and debris.

Salazar leaned over the edge of the bank and grabbed Alexander, who was clinging to tree branches that had fallen in the stream, said U.S. Army Sergeant 1st Class Daniel Lawrence, Delta Company first sergeant.

“He grabbed on and held the soldier until others could pull them to safety,” he said. “Had it not been for Salazar risking his life, the other soldier would have lost his grip on the tree branches, been swept away, and surely killed.”

After extracting Alexander from the current, Salazar tried to aid the trapped driver who had worked his way onto the vehicle’s roof, but the driver slipped into the water and was pulled out of reach by the current.

According to Lawrence, Salazar assumed control of the situation and led a joint search party consisting of American and Ugandan soldiers to recover the contract driver, who was later found to have died from his injuries.

“Specialist Salazar’s focus and determination enabled the team to navigate through several kilometers of thick vegetation, frequented by deadly Karamojong Warriors, without further incident,” Lawrence said. “Through his determination and calm demeanor, the search team was able to find the driver within a few hours.”

During the ceremony, Salazar, a Kansas City, Missouri native, was recognized by CJTF-HOA’s second-in-command for acts of heroism occurring September 1, 2010, in Uganda w 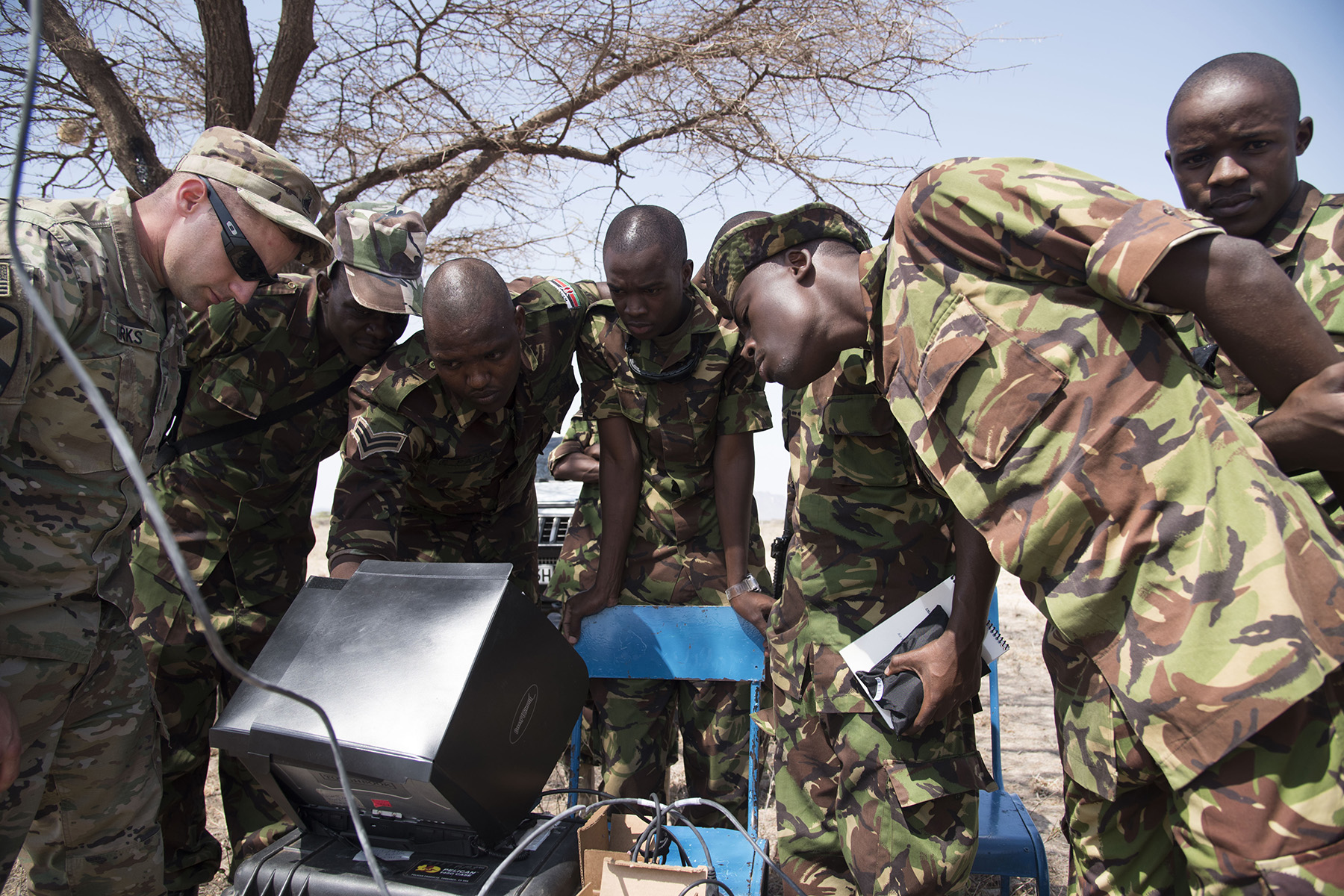