Davis said the purpose of the visit was to build partner nation capacity with Kenya's senior enlisted leadership by demonstrating how U.S. enlisted members use their roles and responsibilities and the chain of command to execute the mission and take care of their people.

During visits to commands from various military branches, including Djiboutian and Japanese coalition partners, the Kenyan guests interacted and observed first-hand senior enlisted leadership in action.

"We were very welcome here," said Matwang'a. "This is true sharing. It allows us to enhance partnership between our forces so we can work toward aiming at one goal—security. This kind of partnership should be enhanced because it can improve our common security. Anything good comes through partnership."

After an initial visit and discussion with U.S. Air Force Brig. Gen. Eugene Haase, CJTF-HOA deputy commander, March 27, the Kenyan leaders met with Camp Lemonnier's U.S. Navy Command Master Chief Petty Officer Loretta Glenn, who briefed the camp mission and took them on a tour of the base.

On March 28 the Kenyan senior enlisted leaders visited U.S. Army Civil Affairs Team 4903 in Ali Sabieh, Djibouti, to learn how the enlisted team there helps to build community relations and maintain stability in that region.

During the visit, Matwang'a realized U.S. and Kenyan militaries share much in common and face similar issues. For example, he said, "Like the American military, we deal with issues such as fraternization and how to counsel subordinates with their problems. Morale must be maintained at all levels."

King'ori agreed with Matwang'a's assessment, noting good morale is the key to developing and maintaining an effective enlisted force.

"We must go a mile further to know what it is the soldier wants and what it is he does," said King'ori.

Matwang'a also mentioned the importance of continuing to build friendship between his country Kenya, the U.S. and the partner nations.

"This allows us not only to take care of our country, but of the world," he said. "We need to live in peace as human beings. What we are doing here is not to make other people suffer, but to help them live better."

"Thoughts from the Running Trail" - Strengthening Partnerships Downrange and at Home

This week, we took to the road in order to strengthen our network and increase our partnership capacity. We're not talking about a computer network, now. 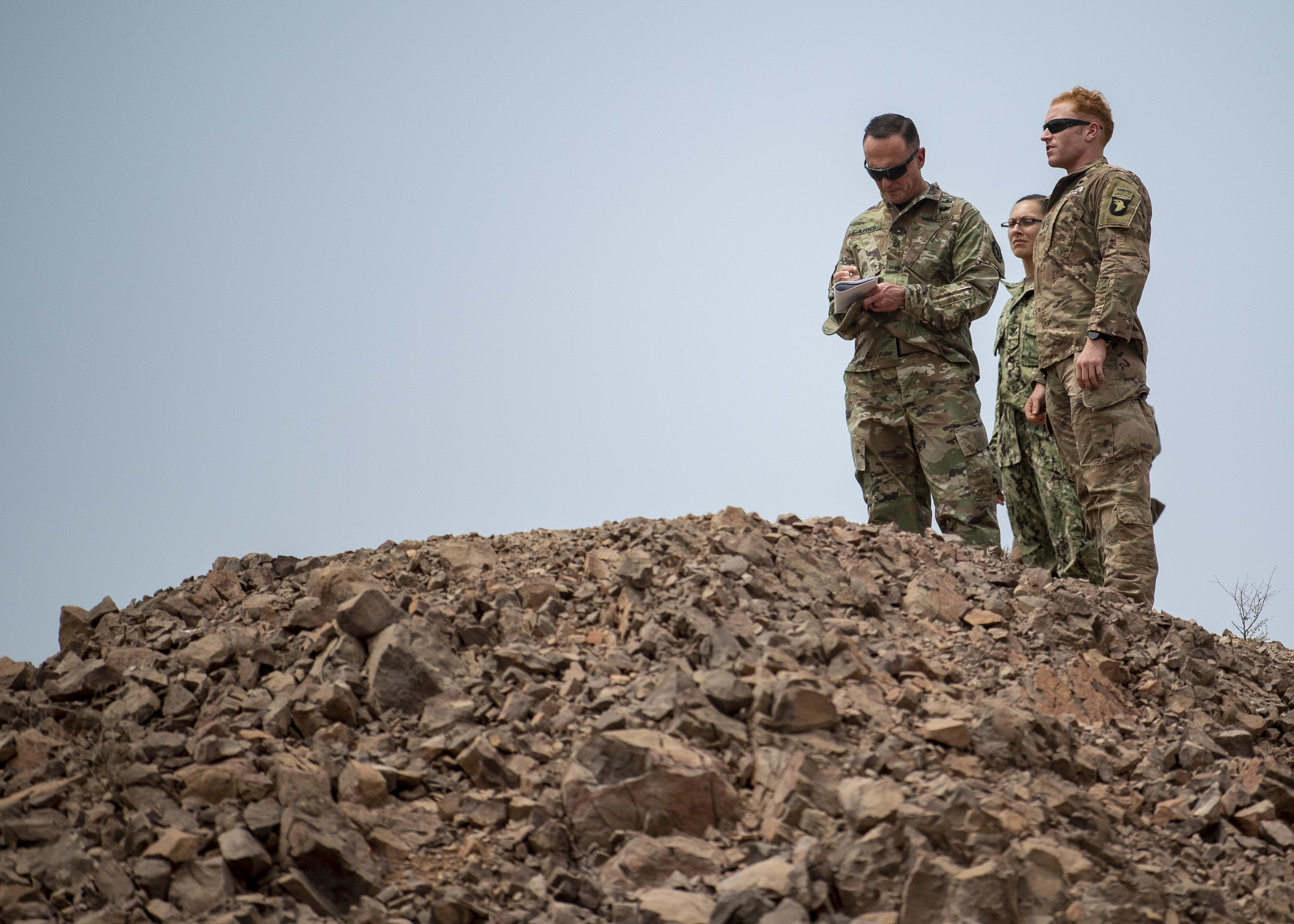